Rockpool by Gibsons Games - A Review

Over the past couple of months, we have had the opportunity to try out three games from the Gibsons Games range of products. Our last two reviews covered Quirk! and Pass the Bomb! The Big One! which were both great fun, but today we have been testing out Rockpool, which is an educational game suitable for children aged six and above. 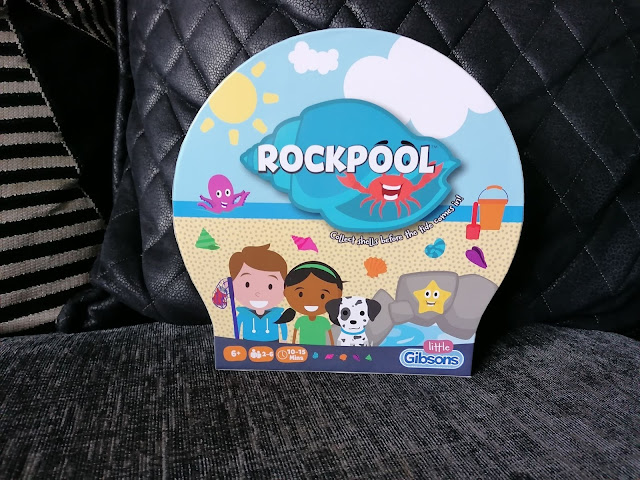 Rockpool comes in a lovely shell shaped box, which has lovely bright images across the front. There are recommendations along the bottom of the box that advise the age suitability, a suggestion of 2-6 players and an approximate game duration time of 10-15 minutes. The rear of the box provides a short description of the game in a variety of languages and it is described as being a great game for family fun! We therefore couldn't wait to put it to the test.

On opening the box, we found the following contents inside: 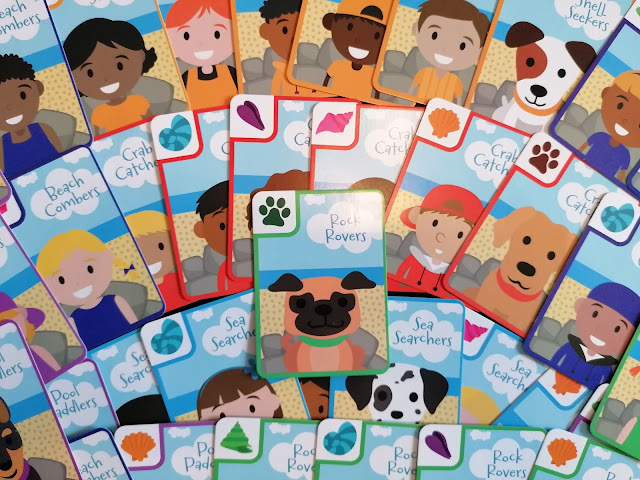 To begin play, each player has to pick their own team. There are six teams to choose from and each team consists of 5 Child Cards and 1 Dog Card. One person then shuffles the Stone Cards and divides them into seven separate piles, which are to be placed around the Rockpool game board.
When it is your turn, you need to take a Stone Card from the top of any pile and then place it face-up so everyone can see it in the Rockpool. Each player takes turns to do this until one of two things happens. Firstly if someone reveals a Wave Card, then the sea washes away the Rockpool's contents, which means that all the cards from the Rockpool are now out of the game. The Wave Card must then be placed face-up next to the pile of stone cards that it was selected from. 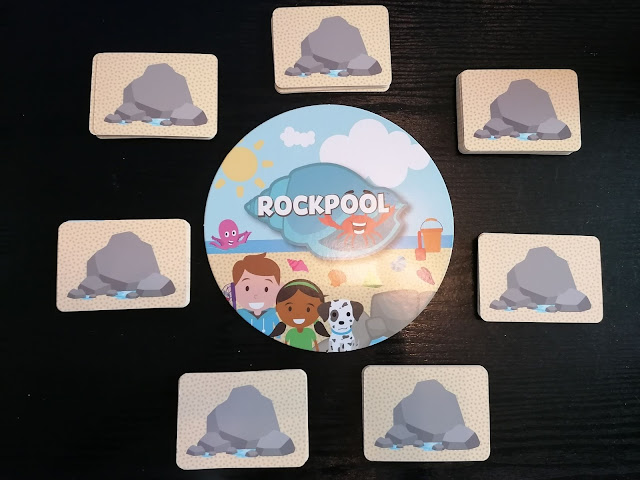 Secondly, someone can shout to empty the Rockpool, which can be done at anytime. You need to shout the right word and use a Team Card depending on which card has just been added to the Rockpool. The Stone Cards when placed in the Rockpool can reveal shells, dog toys rubbish, starfish or other creatures, so its important to make sure you shout the right word at the right time otherwise you must pay a penalty. The game is completed once all eight Wave Cards have been revealed or all Team Cards used.
At the end of the game you score your cards and the player who has the most Team Cards paddling in the Rockpool is determined as the winner. The score numbers are low and easy, making it simple for young children to add and subtract their own total. Riley really enjoyed doing this himself and used a piece of paper to keep count. We all liked the concept of the game, as well as the environmental message that was shared throughout play. 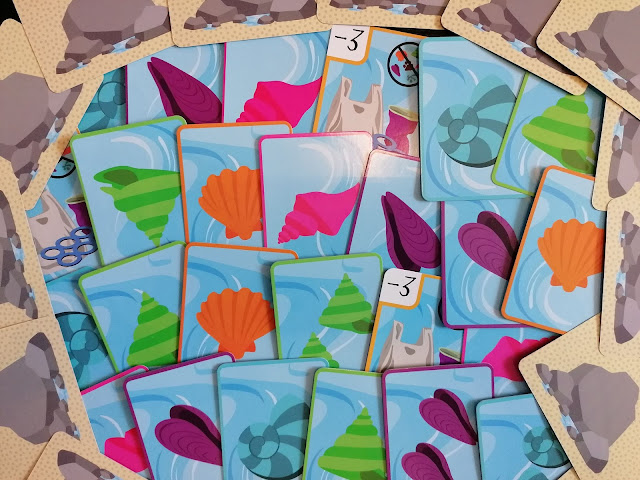 Overall we enjoyed this game, but Riley who is 7, did find the instructions difficult to understand when they were read out. However, he soon got the hang of it during game play and found it easier to learn whilst playing, rather than through the written advice. We all agreed that the graphics were great for children and the images were very clear and vibrant. With an RRP of £12.99, I think it is good value for money compared to other games and it can be purchased from good toy retailers including Amazon.
If you would like to find out more about Rockpool or the other products in the Gibsons Games range, then you can visit their website or social media pages on the following channels:
Website: www.gibsonsgames.co.uk
Instagram: @gibsons_games
Twitter: @gibsons_games
Facebook: facebook.com/gibsonsgamesofficial 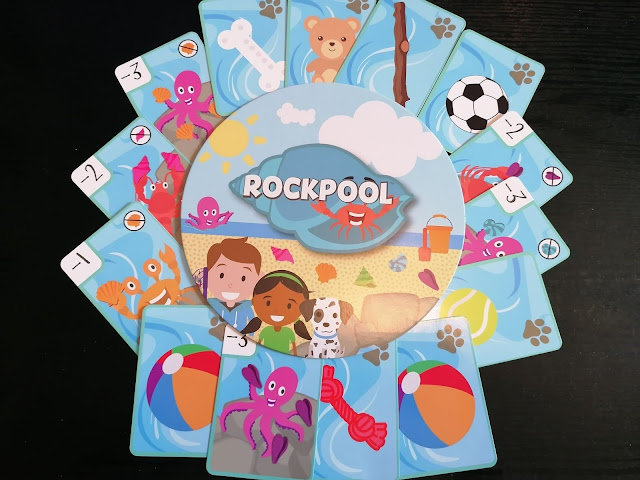 *Disclaimer - We were gifted this game for the purpose of writing an honest review of the product. All thoughts and opinions are my own unless otherwise stated. This post contains an Amazon affiliate link.
Posted by It's A Family Adventure at 18:24