You may have seen from some of our previous reviews, that Riley absolutely loves all things slime, especially when it comes to making his own slimelicious creations. I therefore decided that whilst home schooling this week, we would use a So Slime DIY kit for one of his creativity lessons, that we were recently sent to review. 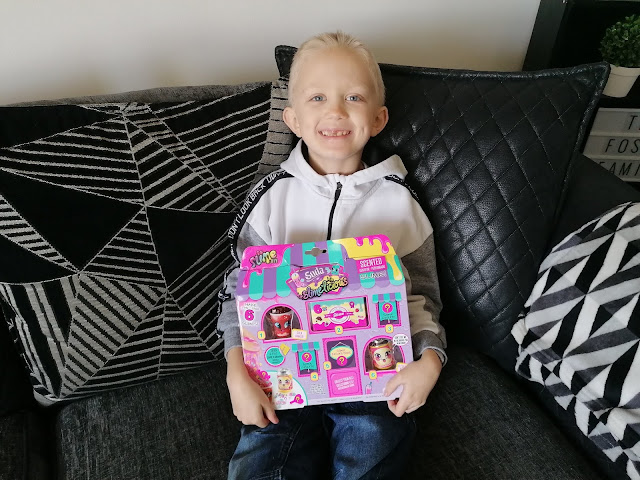 So Slime DIY have a great selection of products available, but for this review we used the Soda Slimelicious Set which is recommended for children aged 6+. The front of the box has a bright and colourful design which resembles a shop front and features plenty of images along with three clear windows so that you can see some of the products inside. 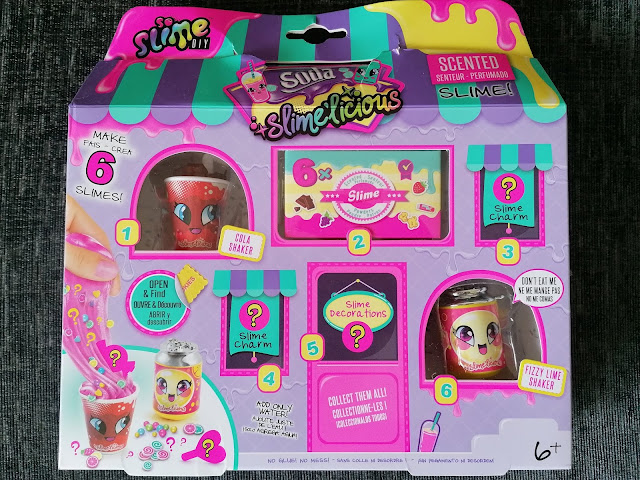 On the side of the packaging is some simple three step instructions and the rear of the box provides even more images along with a contents list. The whole design is really bright and appealing, which definitely makes it stand out. I also noticed some small pieces of text that stated it was a no mess product, which definitely gave it bonus points from me. 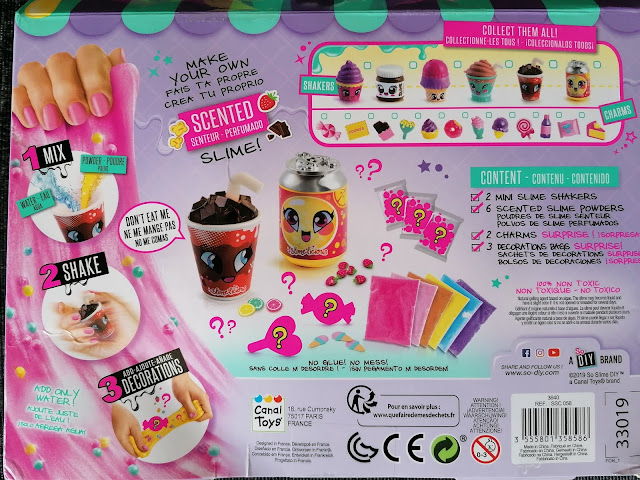 The box was simple to open and we were able to remove all the items from the packaging with ease. The full contents included:

Riley lay all the different coloured slime powders out and decided that he wanted to use the green colour first. He then chose which decorations he would like to add once the slime was ready and we began to create our slime. 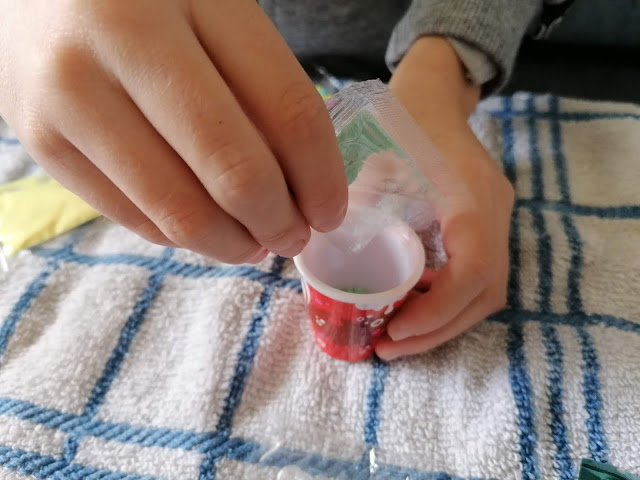 The whole process was super simple and made no mess either. Firstly we poured the powder into one of the slime shakers and then added some water up to the line. I then clicked the lid into place to ensure there was no spillages and Riley set about shaking the water and powder together for approximately 30 seconds.

We then left it to set for just over 5 minutes before checking on it and letting it set for a further couple of minutes, before adding our chosen decorations. Riley decided to add the Lemon Fizz packet and he did this by pouring a small quantity directly into the slime and then added a further amount with his hands, mixing the slime and decorations together. The slime is also nicely scented, with the smell not being too overpowering. 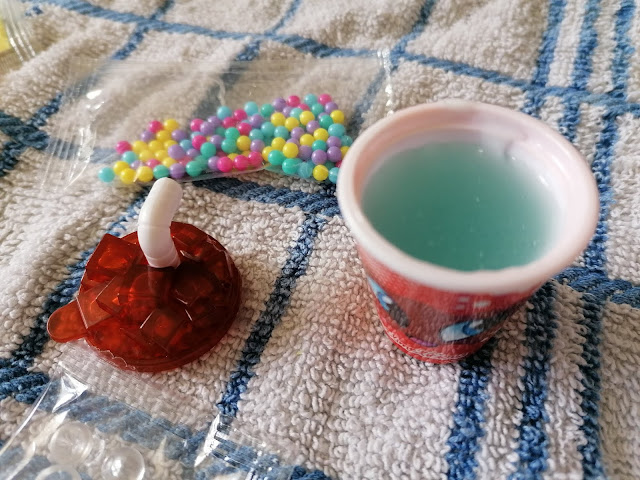 We both really liked how easy it was to make and the slime shakers can also be used as storage tubs, so that you can place your slime in there to be used again. The inclusion of six different powders also means that it is a set that can be used quite a few times before you run out and being small in size they are easy enough to put away for use another day.

Overall this was a fun and creative product that Riley and I really enjoyed doing together. It was so simple to use and the instructions were very easy to follow. The RRP of this set is only £7.99 which I think represents really good value for money and I like the fact that there is the opportunity to make six sets of slime. I will definitely be purchasing more So Slime DIY sets in the future and would happily recommend this toy to others.

This item has an RRP of £7.99 and is from Canal Toys. If you would like to find out more about Canal Toys and their great range of products, then you can visit their website or social media pages on the following channels: 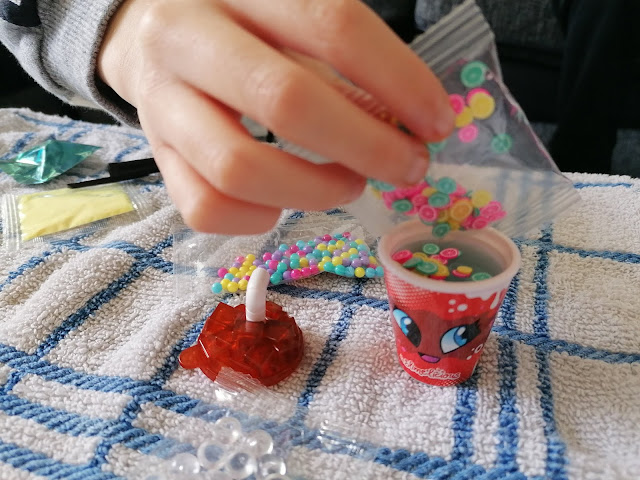 *Disclaimer - This is a collaborative post and we were gifted this So Slime DIY set for the purpose of writing an honest review of the product. All thoughts and opinions are my own unless otherwise stated. Details provided are believed to be correct at the time of writing.
Posted by It's A Family Adventure at 19:15 No comments:

44 Cats and Their Pawsome New Range of Toys - A Review

My youngest son Riley absolutely loves animations and he would happily sit all day watching them on repeat if he was allowed. Like most children he has his favourite shows and one of those is the kids television series of 44 Cats, which became a ratings success following its UK launch last year.

The pawsome CGI animated series of 44 Cats can be found on the UK's leading free-to-air children's channel Pop, as well as on the digital network, Nick Jr, with each episode telling the story of four adorable feline friends, with super cute names that are Lampo, Milady, Pilou and Meatball. They all absolutely love to sing and dance in their fabulous music band called "The Buffycats" in addition to enjoying their clubhouse and helping their friends!

As well as being a great source of entertainment and music, 44 Cats also has a wonderful educational element, that teaches children about diversity, tolerances, helpfulness and being friendly to others throughout their storylines.

We were therefore really excited to learn about the new 44 Cats range of toys that have recently launched at both Argos and The Entertainer. They are available to purchase both in store and online, with further playsets due to be available from the Summer. This pawsome new range will include: 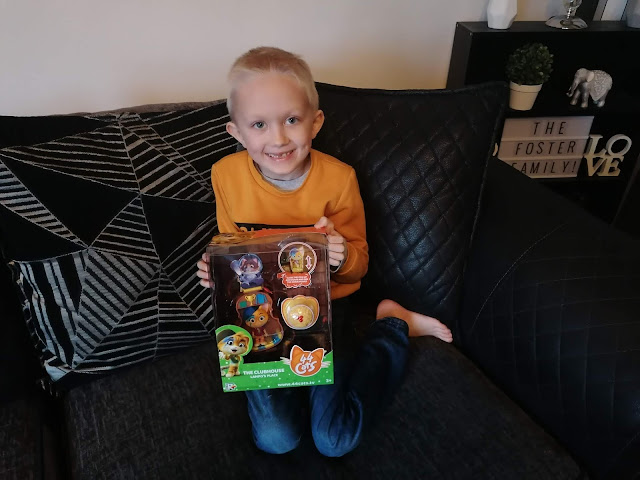 We have recently been sent The Clubhouse Lampo's Place playset from this cat-tastic new range to review, which immediately caught Riley's attention from the moment it arrived, due to its brightly coloured and appealing packaging.

The front of the box has a clear plastic window, which means that you can see inside the box and gain a clear understanding of exactly what is included with your toy. It also features a cute image of Lampo on the bottom left hand side, along with the 44 Cats logo on the right.

The rear of the box provides more images and also shows you what you can do with the toy. For example with this playset, you can slide the fish up and down and see the chair move. There are three clubhouse playsets to collect, which when combined together are sure to provide plenty of 44 Cats fun! 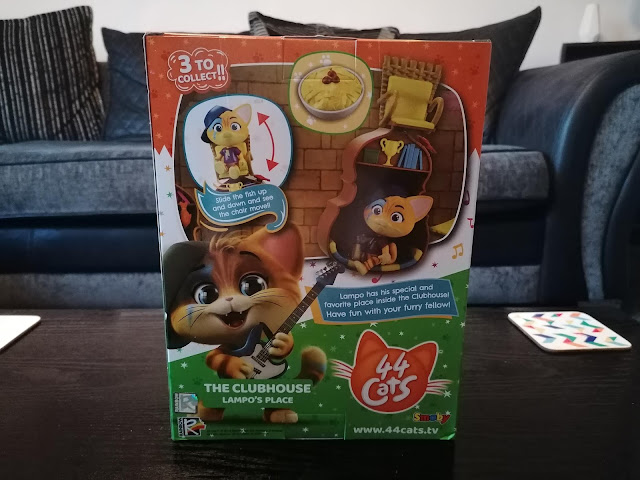 The aim of this playset is to bring Lampo's place to life and it features his trusty guitar and favourite food. It also includes a three inch figure with moveable arms and legs, wearing a brightly coloured purple and green top, with blue cap. This outfit design is also exclusive to this set.

I really liked the size of this toy as it is small enough to carry around in my bag, or pack away to take with us on a journey. The pieces all seem to be of a really good quality and very sturdy, so they are perfect for little ones hands, but not too small that they will get lost easily. 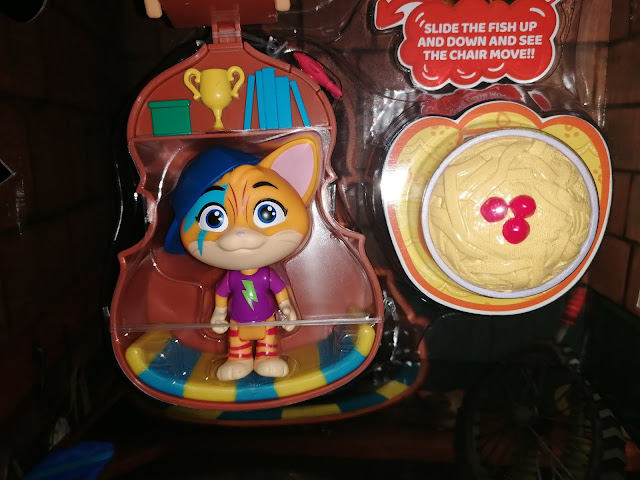 Riley really liked the bright and vibrant colours of the toy and also loved the fact that you could move Lampo's arms, legs and tail to adjust his positioning. This meant that Riley could create a number of scenarios and move him around with ease, which I felt helped to inspire some imaginative play.

At the top of the guitar is a chair, which can be moved up and down by simply sliding the fish that is placed on the side of the instrument. It took Riley a little bit of maneuvering to get Lampo to sit in the chair without falling out because of his tail, but he realised that he could adjust his position by moving his tail and legs to make him more secure. 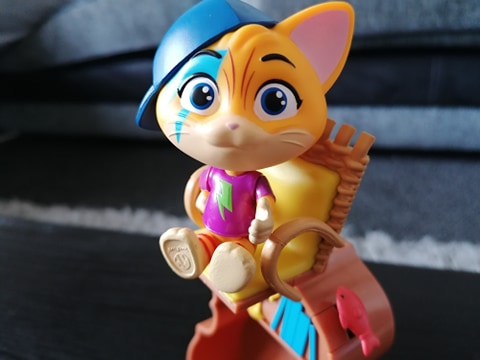 Riley enjoyed this playset as a standalone toy, but said that he would also like the other two character sets that are available in the range to make it a larger and even more enjoyable set. I believe that this would expand the imaginative play opportunities and allow him to recreate scenes from the show, which I think would be a great idea. 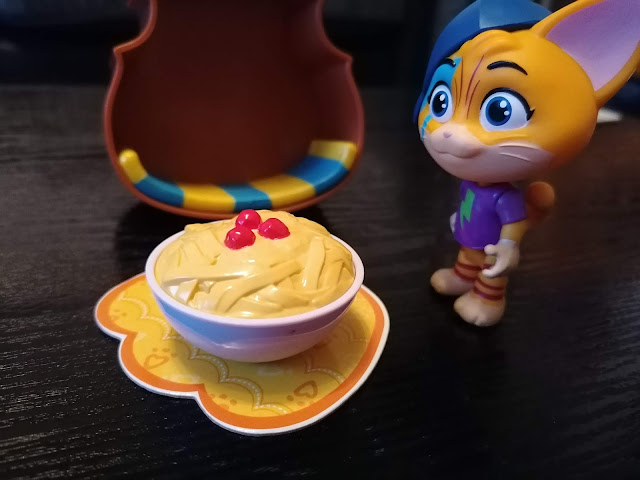 Overall this is a nice little playset for any 44 Cats fan and with an RRP of £16.99 it won't break the bank either. We found the toy to be good quality and simple to use, which is always a huge bonus. The vibrant colours and attention to detail make the product stand out and it appealed to Riley from the moment he saw the box. We both liked the fact that the toy is very easy to carry around, but is also small enough to tidy away neatly too. It is recommended on the box as being suitable for ages 3+ and I think it is a lovely toy that would be ideal for the 3 to 7 age group.

You can currently purchase this toy and others from the 44 Cats range at The Entertainer and Argos, with even more playsets due to launch this summer! 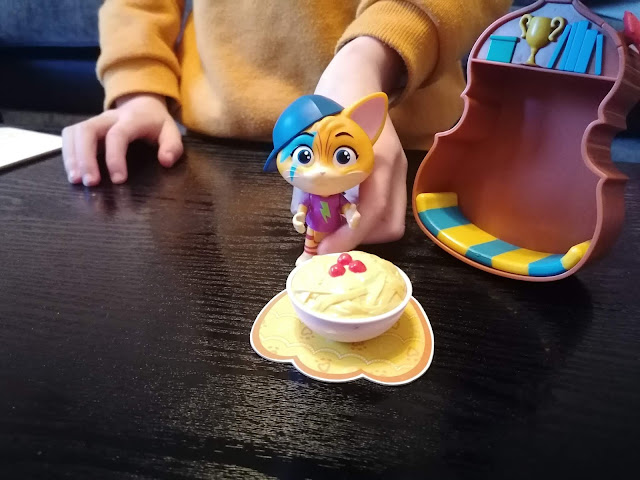 *Disclaimer - This is a collaborative post. We received the product featured in this review free of charge, for the purpose of writing an honest review of our experience with the product. All opinions and thoughts are my own unless stated otherwise.

Posted by It's A Family Adventure at 19:31 No comments: