A wizardly February half term panto is coming to St Helens Theatre Royal and its producers are delighted to reveal its wonderful cast. Click your heels together and join Dorothy and Toto on the Yellow Brick Road in Regal Entertainments' The Wizard of Oz from Saturday 15th to Sunday 23rd February 2020.

Rising young star Mia Molloy, steps into the red slippers as she takes on the lead role of Dorothy. Mia has played the lead roles in both Sleeping Beauty and Snow White at St Helens Theatre Royal and was first cast as Amy Chandler in the original production of Our Day Out - The Musical at the Royal Court Theatre aged just 14.

Samantha Palin plays The Wicked Witch. Samantha is also no stranger to St Helens Theatre Royal as her recent theatre credits include the villainous fairy Carabosse in October's Sleeping Beauty and - by contrast - the Fairy Godmother in Cinderella at The Epstein Theatre, Liverpool.

Reece Sibbald plays The Scarecrow who wants a brain. County Durham born Reese has played the Scarecrow at Whitley Bay Playhouse in 2018, in 2013, 2016 and 2017 and his roles include Baby Bear in Goldilocks and the Three Bears, Ratty in Wind in the Willows and Buttons in Cinderella.

Harry Moore is The Tin Man seeking a heart. No stranger to panto, Harry has played both The Wizard and Tin Man in previous productions of The Wizard of Oz and Dame Dotty Trott in Jack and the Beanstalk. His theatre credits include Yakov in The Seagull, Cridle in St Joan of the Stockyards and Father Bojovic in Pentecost.

Returning after his memorable role as PC Noodle in St Helens' 5 star panto Aladdin, Timothy Lucas plays the Cowardly Lion who wants some courage. Trained at Liverpool theatre school, Timothy has played Gaston in Beauty and the Beast in 2017 and the notorious Captain Hook in Peter Pan in 2018.

Another St Helens alumnus Abigail Middleton, returns in the role of the Good Fairy Glinda. Abigail has played Tiger Lily in Peter Pan at St Helens and her recent credits include Lucy in Pig, Sister Mary in Scouse Pacific and Nancy in Kiss Me Quickstep.

James Lusted completes the cast in the titular as The Wizard. James has worked as an actor and TV presenter for 10 years. His theatre work includes Follow Me for Theatre Brycheiniog and The Funfair at Home Theatre in Manchester, as well as several appearances in Snow White and the Seven Dwarves.

Audiences are invited to join Dorothy and Toto as they follow the yellow brick road to the Emerald City, so Dorothy can ask the Wizard to help her return home. Along the way she meets the Scarecrow who wants a brain, the Tin Man who desires a heart and the Cowardly Lion who needs courage.

Chantelle Nolan, Theatre Manager, producer and director said: "We have a fantastic cast for The Wizard of Oz, featuring many familiar faces that our audiences know and love. The show is packed full of great jokes, brilliant songs, dazzling costumes and show-stopping choreography. It's a 'wonderful' show, with something for the whole family to enjoy. Tickets are already on sale so make sure you book yours now!"

*All prices are inclusive of a £1 per seat transaction fee. On-line bookings are subject to an additional 50p per seat on-line processing fee.

Tickets can be purchased online, in person at the box office, or alternatively you can call 01744 756000 if you would like to book over the phone. 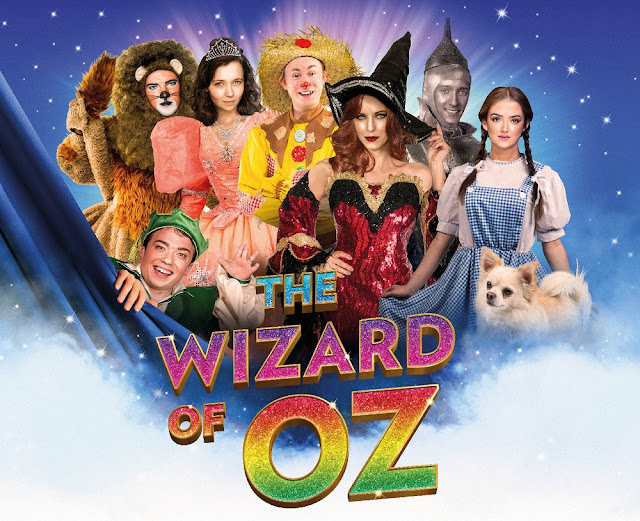 *Details provided are believed to be correct at the time of writing but are subject to change. I would therefore always recommend visiting the venues own website in order to obtain the most up to date information.
Posted by It's A Family Adventure at 19:51 No comments:

As a family, we love our camping and caravan holidays and over the years we have owned our own static and tourer caravans, along with a selection of family sized tents. We sold our last static caravan a couple of years ago to fund our desire to do some travelling, but have recently been looking to purchase another tourer or motorhome for our adventures in the UK and Europe.

I was therefore really excited to hear that The Caravan, Camping and Motorhome Show would be returning to Birmingham's NEC from the 18th to the 23rd February, where there will be a whole host of leisure vehicles, caravans, lodges and tents on display, as well as some fun family friendly activities that will ensure a fabulous fun day out. 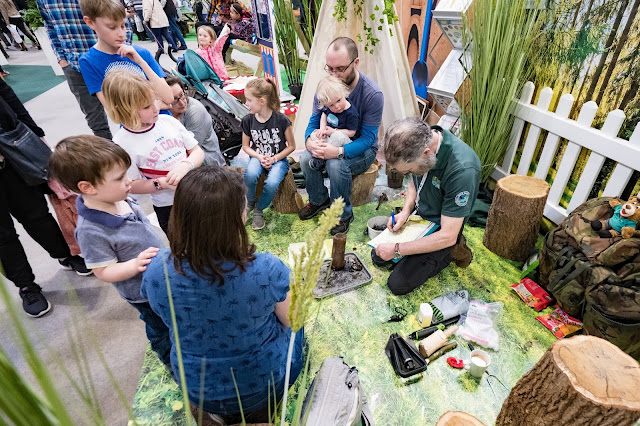 Holidaymakers and Adventurers are sure to find plenty of inspiration in the UK's largest event of its kind, as The Caravan, Camping and Motorhome Show will be set across five halls of the NEC showcasing all the gear that you could possibly need for any upcoming escapades.

There will be a great selection of activities on offer for families that includes mini golf, celebrity guests and even a fun theatre programme from the hugely popular Freedom to Go Theatre, who will be returning with a host of live shows that will cover the many aspects of holidaying and adventuring.

The Freedom to Go Theatre will also host the adorable spaniel trio Max, Paddy and Harry....and while on the theme of dogs, 2020 also sees the return of the Top Dog Arena , where show-goers can take a break from their holiday planning to enjoy some spectacular canine agility demonstrations. 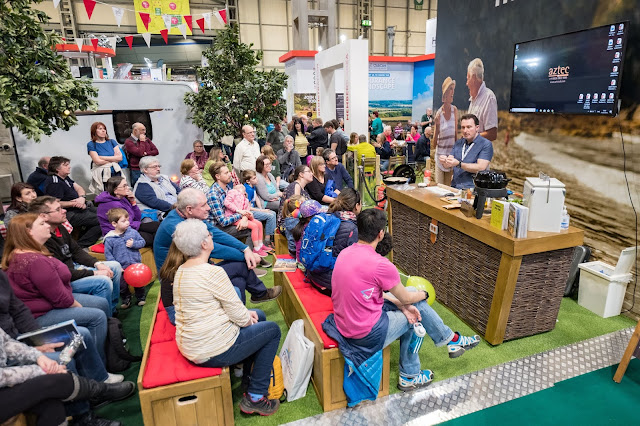 Brand new for 2020 is Electric in Motion a brand-new area where visitors can ride in style on some of the most cutting-edge electric ride-ons, from bikes for kids and adults alike through to scooters, skateboards and even unicycles. Manufacturers such as Ride and Glide, RooDog and Ribble Cycles will provide demos before giving visitors the chance to take them for a spin on a special indoor course.

Tickets for the show are available for purchase online now and priced at just £8 for adults and £7 for seniors. Tickets on the door will also be available and cost £10 for adults and £9 seniors. Children aged 15 and under go free, making it both an enjoyable and affordable day out for the whole family!

For more information on The Caravan, Camping and Motorhome Show, you can visit their website and social media pages on the following channels:

However, if you are feeling lucky, then why not enter our fantastic competition below for the chance to win a family ticket to The Caravan, Camping and Motorhome Show. Please have a read through the terms and conditions and then simply enter using the gleam form below. Good Luck! 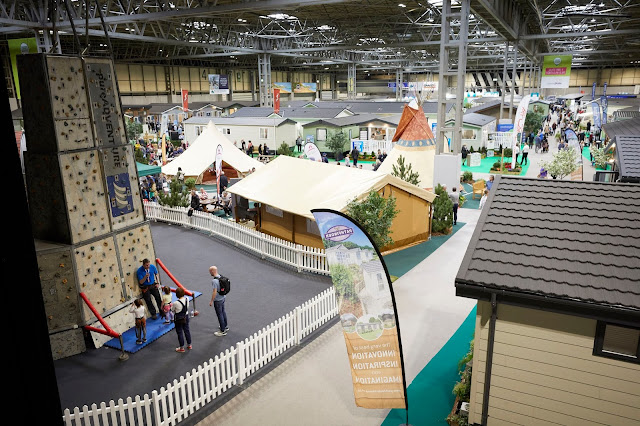 Win a Family Ticket to The Caravan, Camping & Motorhome Show 2020