Last night after a rush of homework, driving children to various clubs, making dinner and general tidying up, I had prepared myself for an early night, or simply just relaxing on the sofa and watching television. However, my children had other ideas and my lazy peaceful hour actually resulted in sixty minutes of hilarity, fun and so much laughter that I cried!

Why was this? Well....allow me to introduce Slap Ninja! A brand new game which was sent to us from Jakks Pacific to review. It is suitable for all the family from ages 4+ and requires 3 x AAA batteries which are included. Designed as a game of skill, you must perfect your speed and precision on your quest to become the ultimate ninja champion. 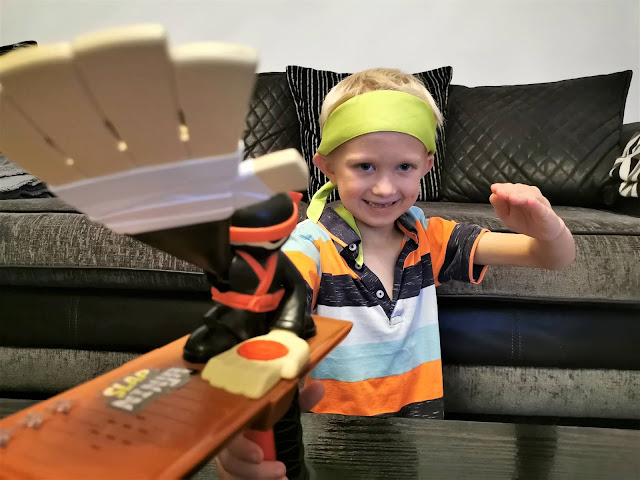 The packaging is simple and you can see the full product on display, which is great for shoppers as you can instantly see exactly what the game is about. There is also a 'try me' function, so you can press the button whilst it is still in the box and listen to some of the audio as well as feel the buzz. My children found this extremely funny before game play even began as the buzzing would make the box move across the table and it was also very loud, much to their delight.

The game was easy to remove from the box and was simply a case of tearing some of the box and cutting a couple of plastic ties from various parts that were holding it in place. My only minor complaint with this, is that it is the sort of box that you cannot use to store the game in afterwards. Within less than a minute though, the game was ready to play and my mini ninjas prepared for battle. 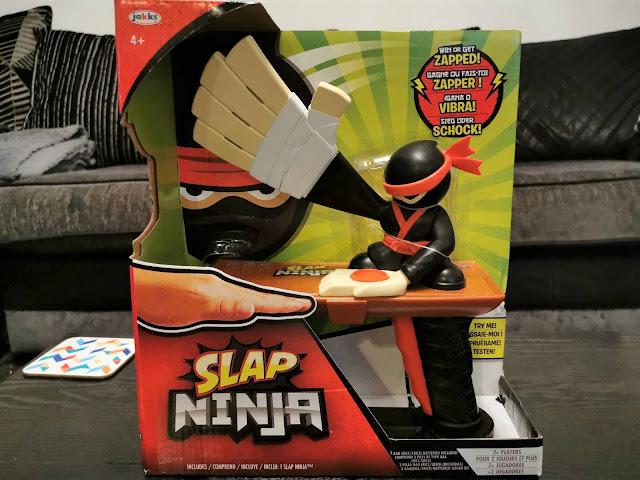 Game play is super easy and simply requires two players to sit opposite from one another, with each player placing one hand around their handle. One player is the designated Ninja Student, whilst the other is the Ninja Master. The challenge if you are the student, is to press the red button three times without being slapped and believe me this can get tricky, especially if you have a very competitive Ninja Master in charge of the giant slapping hand.

If the student manages to do this, then the master gets a shock through the controller, however if the master successfully slaps three times, then this shock is delivered to the student instead. Super easy to understand, but not quite so easy to master the skill!


Whilst playing there is music provided, which adds to the tension of the challenge and I personally thought that this was a great idea. It certainly built the suspense as we each took it in turns to take a go of being the student. There are star lights which turn red to help you keep track of the score too, so there are no worries about missing a point.

My children are all extremely competitive and as most parents will know, this can often lead to arguments where games are concerned, but this one just resulted in so much laughter that it was fantastic. It was actually funny to lose, which helped to create such a nice atmosphere during play. 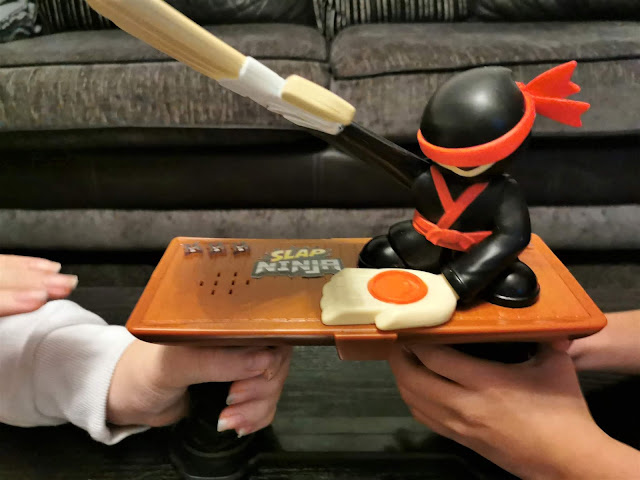 Overall we absolutely loved this game! In short, it is an electronic version of the age old playground game of slaps, but with an added twist and plenty of laughs. I really liked the fact that the game was good to go from the moment you got it out of the box. There was no tricky set up, no having to read through mountains of instructions, you just simply have to place it on your chosen surface and get ready to play. My family found it hilarious and the look on Riley's face when he lost the first round and the handle began to buzz was absolutely priceless. I would happily recommend this game to others and I can see this definitely being a Christmas must-have!

This game is currently available to purchase from Smyths Toys, Amazon and other good retailers.

For more information on this product or others in the Jakks Pacific range, then you can visit their website or social media pages on the following channels: 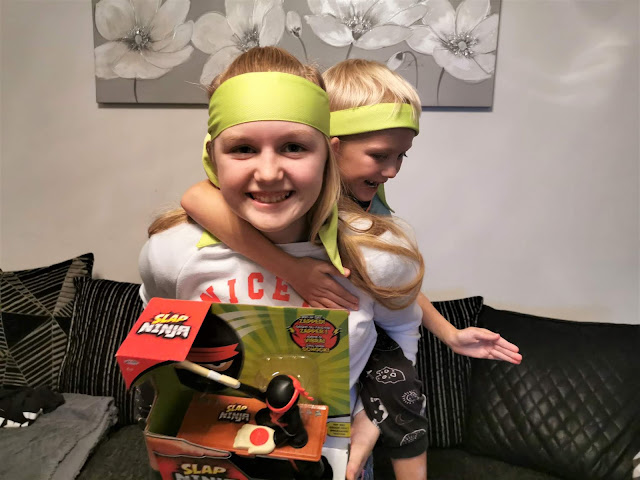 *Disclaimer - We were gifted this product for the purpose of writing an honest review of the game. All opinions and images are my own unless otherwise stated. This post contains an Amazon affiliate link.