Star-Studded Autumn Season of Headline Shows Ahead at Storyhouse, Chester

As regular readers to the blog will know, I often mention my love for Storyhouse in Chester. It is one of my favourite theatres and my family and I have enjoyed numerous shows since its opening back in May 2017. Since then the theatre has welcomed many touring productions and events, as well as creating their own spectacular in-house productions and the upcoming Autumn season shall be no exception.

Whether you are an individual, a couple, a family or a group of friends looking to enjoy a night out together, then Storyhouse is sure to have a show to suit your requirements. Theatregoers will be spoilt for choice with the high calibre shows heading to the city, in what will complete a fantastic year of live entertainment at the Chester venue.

Cult classic The Rocky Horror Show return with one of theatre's naughtiest musicals from Monday 16th September to Saturday 21st September. The story will follow Brad and his fiancee Janet as they embark on an adventure that they will never forget, with fun, frolics, frocks, and frivolity - bursting with timeless songs and outrageous outfits. Audiences can expect a guaranteed party combining science fiction, horror, comedy and music.

Strictly's Joanne Clifton plays Janet in The Rocky Horror Show, and is joined by James Darch as Brad; Stephen Webb as Frank 'n' Furter; and Kristian Lavercombe as Riff Raff. Television actor Philip Franks, known for his roles in The Darling Buds of May, Heartbeat, Absolutely Fabulous, Foyle's War and Midsomer Murders, plays the Narrator.

Hot on the heels of this film classic is another favourite, as Bill Kenwright returns with Cabaret from Tuesday 24th September to Saturday 28th September. This multi award-winning production of Kander and Ebb's landmark musical features show-stopping choreography, dazzling costumes, and iconic songs including Money Makes the World Go Round and Maybe This Time and Cabaret.

The musical fun and frolics will continue into October with Calendar Girls The Musical by Gary Barlow and Tim Firth from Tuesday 29th October to Saturday 2nd November. Calendar Girls The Musical is inspired by the true story of a group of ladies, who create a Women's Institute (WI) calendar to raise funds to buy a settee for their local hospital in memory of one of their husbands. The twist is that they appear nude in the pictures. This musical comedy highlights life in their Yorkshire Village, the effect on husbands, sons and daughters, but most of all how a group of ordinary women achieved something extraordinary.

Continuing with music, Wireless Wise - A Celebration of Radio 4 is on Sunday 22nd September and will bring together a group of seasoned radio personalities. Alistair McGowan, the Reverend Richard Coles, Garry Richardson, Charlotte Green, and special guest Richie Webb, will celebrate BBC Radio in an unforgettable evening of comedy, anecdotes, sketches, music and nostalgia.

There will be something gruesome yet thrilling for youngsters with a double bill of Horrible Histories from Tuesday 5th November to Friday 8th November with brand new shows, Terrible Tudors and Awful Egyptians.

Terrible Tudors will take a trip through the Horrible Henrys to the end of evil Elizabeth and hear the legend (and the lies!) about the torturing Tudors. Find out the fate of Henry's headless wives and his punch-up with the Pope. Survive the Spanish Armada as it sails into the audience! Terrible Tudors will run from Tuesday 5th November to Friday 8th November 2019. 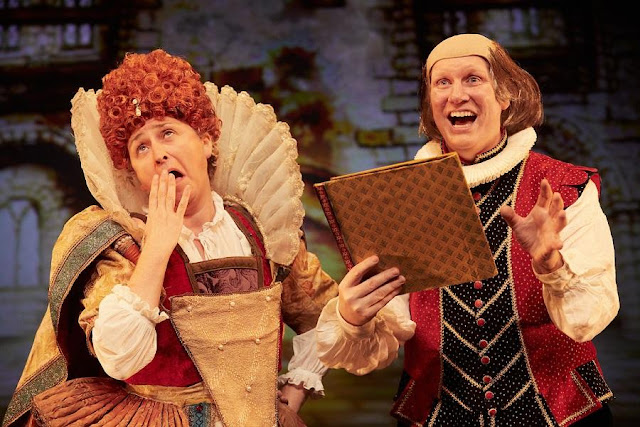 Awful Egyptians invites visitors to meet the fascinating Pharoahs, gasp at the power of the pyramids, and discover the foul facts of death and decay with the meanest mummies in Egypt. It's the history of Egypt with the nasty bits left in! Awful Egyptians runs from Wednesday 6th November to Friday 8th November 2019.

Ed Byrne presents his new show If I'm Honest on Monday 18th November. Ed's new masterclass in observational comedy comes hot on the heels of his 2017/2018 tour, Spoiler Alert. Ed takes a long hard look at himself, and tries to decide if he has any traits that are worth passing on to his children. Ed has recently appeared on Live At The Apollo, Mock the Week, The Pilgrimage, Top Gear, and QI.

Catch Ben Elton Live on Tuesday 10th December. The comic burst onto television screens more than 30 years ago hosting Channel 4's ground-breaking Saturday Live. Now, after a 15-year absence, Ben is back on the road with an all-new stand-up show - and promises to try and make sense of a world which appears to have gone stark raving mad.

Tom Rosenthal brings his Manhood show to Storyhouse on Friday 20th September. Known for his roles in Friday Night Dinner and Plebs, Tom was named Leicester Mercury Comedian of the Year and was also nominated for Best Breakthrough Artist at the British Comedy Awards.

An exciting Autumn season concludes with the Storyhouse show for Christmas 2019 - Peter Pan, which runs from Friday 6th December through to Sunday 12th January 2020.

Following last year's stunning production of The Wizard of Oz, Storyhouse presents classic Peter Pan to entertain audiences of all ages this festive season. Journey to Neverland for a high-flying adventure. The forever young Peter Pan sails through the skies to bring Wendy and the Darling children to the Lost Children's enchanted island, where the fearsome Captain Hook rules over the high seas. Based on the timeless book by JM Barrie.

Storyhouse Artistic Director Alex Clifton commented: "No sooner does one season finish, than we start counting down to starting all over again and welcoming a brand new programme of entertainment. The spotlight is most definitely on music and dance for the autumn, and as the evenings draw in and the days get shorter, what's better than a trip to the theatre to experience a live show - giving you the real feel-good factor."

Storyhouse has a dynamic pricing policy on the majority of shows, ensuring the earlier you book your tickets, guarantees the best seats at the lowest price. For more information on Storyhouse and the upcoming schedule of shows, you can visit their website or social media pages on the following channels:

Tickets can be booked online at the Storyhouse website by visiting www.storyhouse.com, by calling 01244 409 113, or in person at the ticket kiosks located at Storyhouse, Hunter Street, Chester, CH1 2AR.

*Disclaimer: This is based on a press release kindly provided by BEA. Details provided are believed to be correct at the time of writing but are subject to change. I would therefore always recommend visiting the venues own website in order to obtain the most up to date information.