Making Our Own Yoghurt with the EasiYo Yoghurt Maker - A Review

My children absolutely love yoghurt and you can guarantee that it will be one of the first items that they reach for in the fridge when they get home from school. With three children racing one another to their favourite flavours, it is fair to say that we do quickly run out, so when I was introduced to the EasiYo Yoghurt Maker, I was definitely keen to find out more.

I had never really considered the option of making our own yoghurt before and in all honesty I didn't even realise that this was something that was possible to do at home. However, EasiYo has created a fabulous kitchen accessory that makes the process of creating your own homemade yoghurt really simple, with minimal effort too! 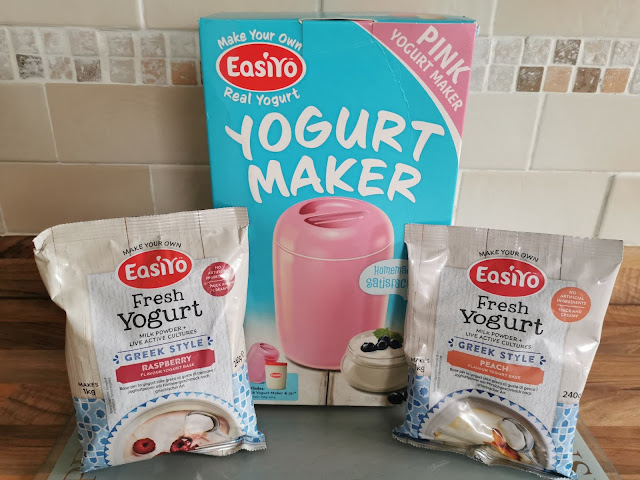 Our EasiYo Yoghurt Maker arrived along with some separate flavour sachets of Greek Style Raspberry and Peach, but EasiYo currently have over 20 different flavours in their product range, so there is sure to be flavours to suit all tastes. We chose to make the Raspberry flavour first, so the children set about removing the lovely pink container from the box and passed me the instructions.

I was initially a bit sceptical about how easy the process would be, but was pleasantly surprised by how simple the three stages were to follow. To begin with we got all the equipment out ready and put the sachet to one side. We then half-filled the yoghurt container with room temperature water, opened and added the sachet mix, before securing the lid and shaking well. 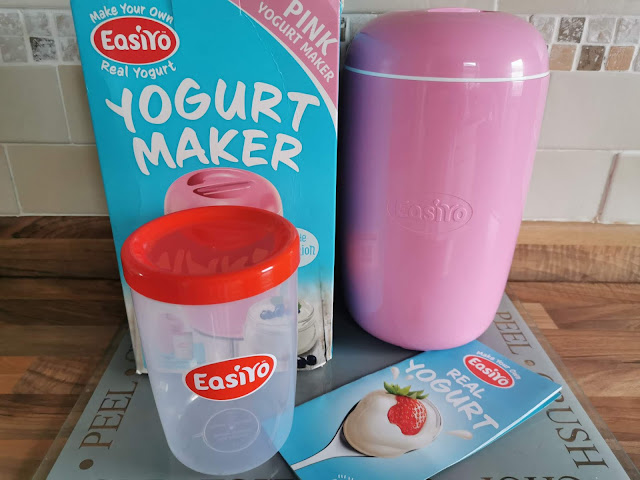 After we had shaked it for a while, we removed the lid, added some more water until it was just below the top, before securing the lid and shaking well again. The instructions advise to ensure that you use room temperature water only, otherwise this could affect the consistency of the yoghurt and it may not set correctly. 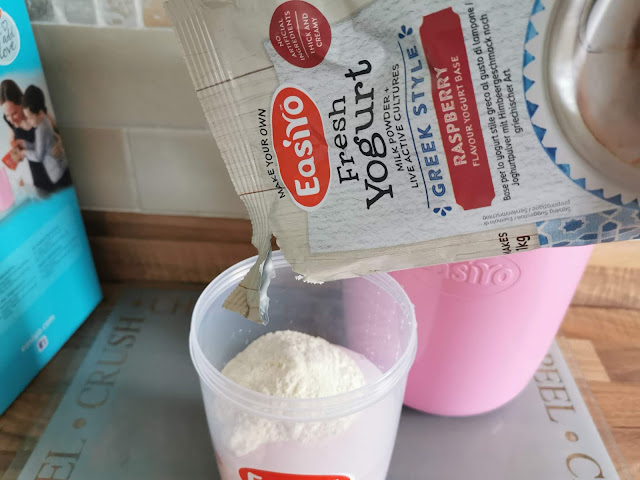 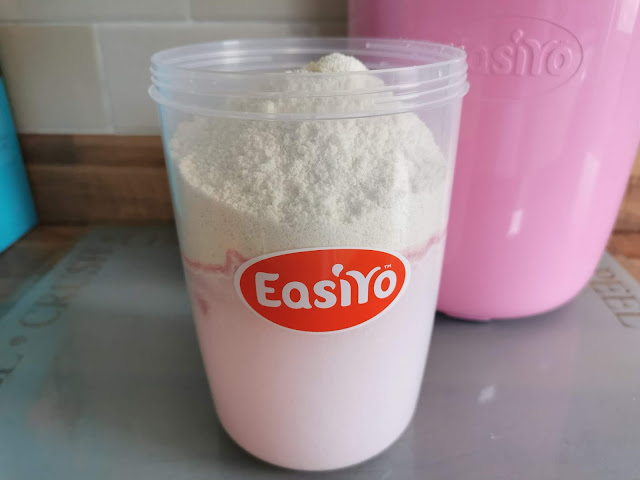 Once we were happy that the powder and water had been shaken sufficiently, we checked that the plastic spacer inside the Easiyo Yoghurt Maker was placed correctly and then added boiling water to the top of the spacer insert.

As this part of the process involved boiling water, I carefully placed the yoghurt container inside the EasiYo Yoghurt Maker and placed the lid on top. We then left this on the kitchen worktop overnight to allow the yoghurt to set. The guide time for this is approximately 8-12 hours and once it has set, it can then be moved into the fridge for it to chill. It is noted in the instructions that you should not refrigerate the yoghurt before it has completely set. 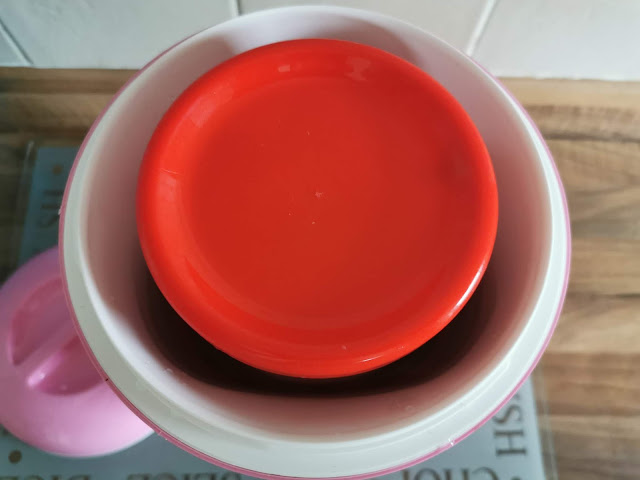 The yoghurt was really creamy and delicious and as well as being enjoyed on it's own, it can also be used in some recipes too that can be found on the EasiYo website. It also offers some great nutritional benefits, such as being rich in calcium and protein, as well as having no artificial colours, flavours or preservatives. EasiYo is also gluten free and vegetarian.

Another advantage of using the EasiYo Yoghurt Maker is that it helps to reduce the amount of waste of single use yoghurt pots and plastic in the home, as the Yoghurt Maker and storage pots can be easily reused and cleaned over and over again.

Overall we really liked the concept of the product and how simple it was to use. One sachet of mix makes 1kg of yoghurt, so not only is it cost effective, but it also lasts throughout the week too! My children enjoyed helping out with the process and there always seems to be more enjoyment in eating something that you have made yourself, so it was a very popular choice of snack. The yoghurt tasted fresh and delicious and my daughter also enjoyed combining some of the Raspberry Greek Yoghurt with her cereal in the morning. The EasiYo website also has a great range of recipe suggestions, so we are really looking forward to trying some of these out in the near future.

The EasiYo Yoghurt Maker has an RRP of £14.99, which I think offers great value for money and there is also a fantastic selection of flavour sachets to purchase. It is also possible to buy some additional EasiYo jars and storage pots and these can be found on the EasiYo website, Amazon, Lakeland, The Range, Morrisons and a large number of independent stores. 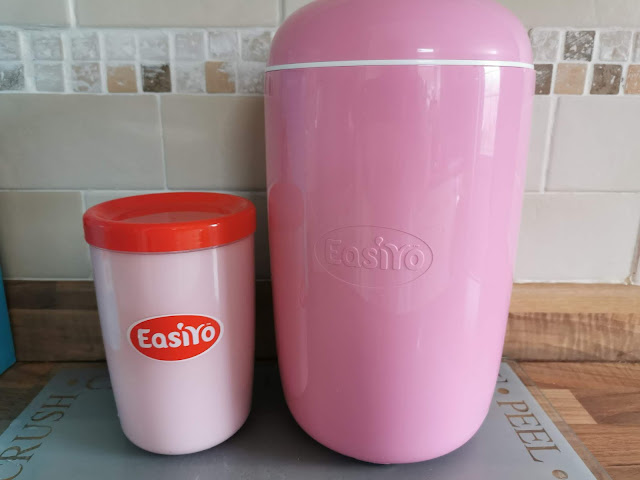 *Disclaimer - We were provided with a complimentary EasiYo Yoghurt Maker along with two flavour sachets, for the purpose of writing an honest review of the product and our experience. All opinions and photographs are my own. This post contains an Amazon affiliate link.