After such a busy few weeks in the summer holidays, Riley has really enjoyed being able to spend some quiet days at home to play with all of his toys. He is a big fan of all kinds of vehicles and is often asking to add to his forever growing collection that seems to expand by the day. He was therefore extremely delighted to return home from school this week to find a special package waiting for him.

Riley excitedly opened the large cardboard box and quickly spotted the JCB logo on the product inside. He absolutely loves construction vehicles and already has a number of JCB products such as diggers, excavation trucks, dumper trucks and loaders, so he was wondering what could possibly be in such a large box. He was very happy to find a fabulous JCB Tower Crane enclosed and this was quickly followed by exclamations of "WOW" as he looked at the images on the packaging. The joy on his face when he also realised that it was remote controlled was priceless! 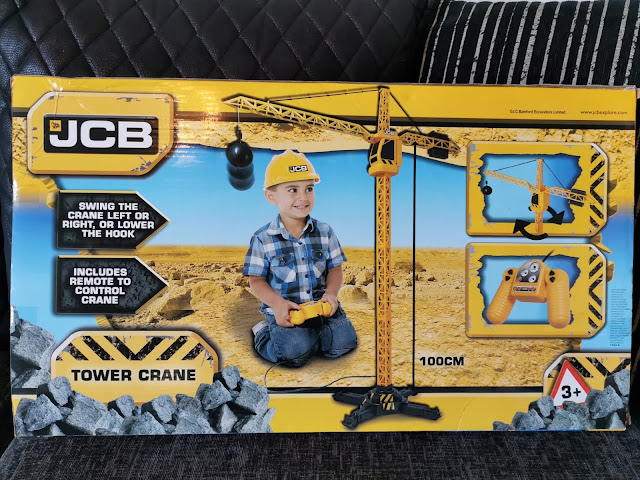 The outer packaging is really bright and eye-catching and features the yellow, black and white design that is identifiable with JCB. The images show the product clearly so that you can immediately get a good idea of how the product is used. There is also a variety of text to support the image which advise that you can swing the crane, lower the hook and that a remote is included to control the crane. The box also shows the height of the crane as being 100cm tall and the age recommendation of 3+ is also displayed.

Riley's big brother wanted to help with the assembly so both boys worked together to remove the contents from the box and begin the build. I thought that this may have been a little difficult for them, but Ben who is 11 found the instructions really simple and they had the crane built in less than 10 minutes. 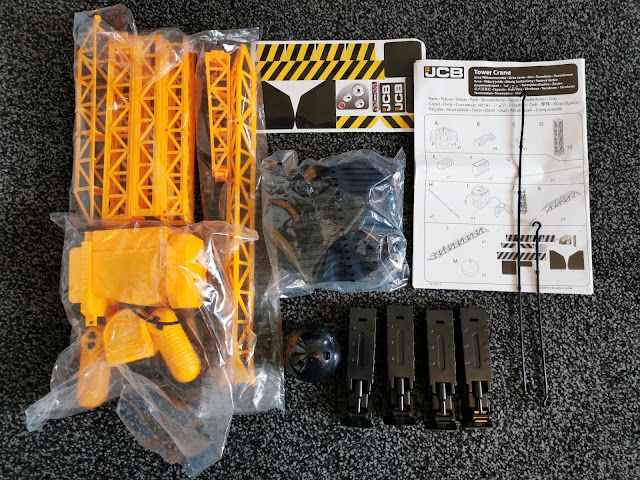 The contents came packaged as above and had been separated into packs. There was also a sticker sheet that finished the crane off nicely once built and these were very easy to apply. The item does not come with batteries included and required 3 x AA batteries so it is important to ensure you have these prior to building, in order to avoid any disappointment.

Riley was very keen to test out the remote control function and he began to think of different games that he could play with the crane. He began by building some towers out of bricks and then using the wrecking ball to knock these down, before then attaching individual cars to the hook and raising them up and around using the controls. The hook can be moved up and down, whilst the arm can also be moved from left to right. 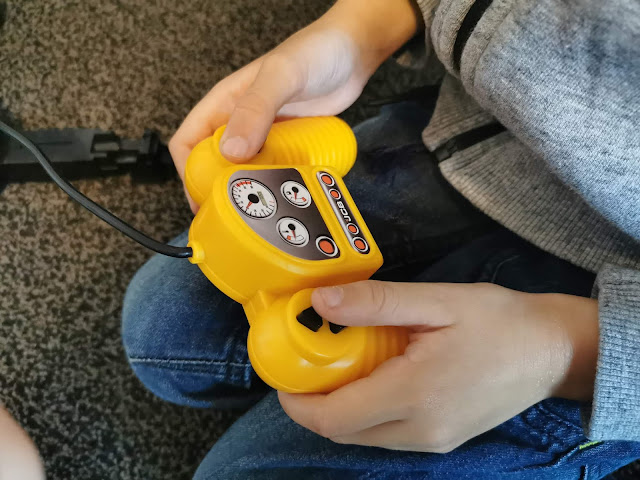 This led to him using the crane for some role play activities by pretending he was the manager of a building site, before then becoming the owner of a car garage who had decided to change his car display. He therefore used the crane to move cars around and set them up in his pretend garage. He found the controls really easy to use and very simple to understand and I loved how this toy encouraged Riley to use his creativity. He even put cones around the crane to designate it a no entry zone! 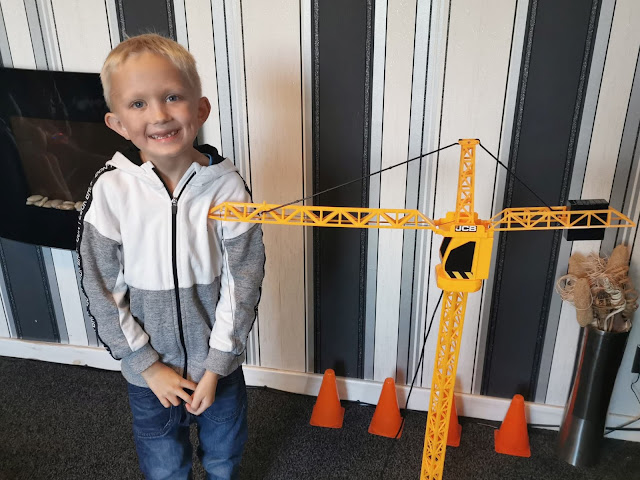 The JCB Tower Crane is large and it stands at a height of 100cm. After seeing the size of it I was a little concerned that we would have nowhere to store it fully built, as the boys share a bedroom and space is limited, however because of its narrow design it can stand over other objects with ease. It also has a great base which keeps the item sturdy and therefore it supports itself really well. 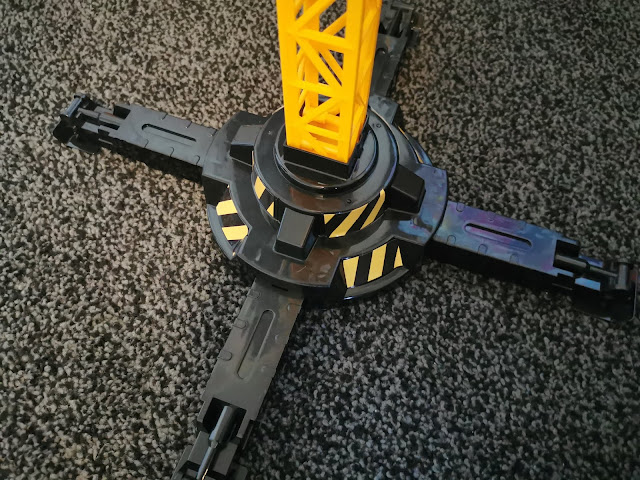 Overall this is a lovely toy which is also very reasonably priced. With an RRP of only £14.99 I would consider this to be a bargain and the perfect addition to any JCB fans collection. I felt that it was really good quality and didn't feel flimsy at all. The product was easy to assemble and stood well once built. The controls were simple to use and so far it has provided Riley with hours of entertainment which he has really enjoyed. I would happily recommend this product to others and due to the price, I also think that it would make an ideal birthday or Christmas gift.

This item is available to buy from most good toy retailers including Amazon. If you would like to find out more about this product or other toys available from HTI Toys then you can visit their website or social media pages on the following channels: 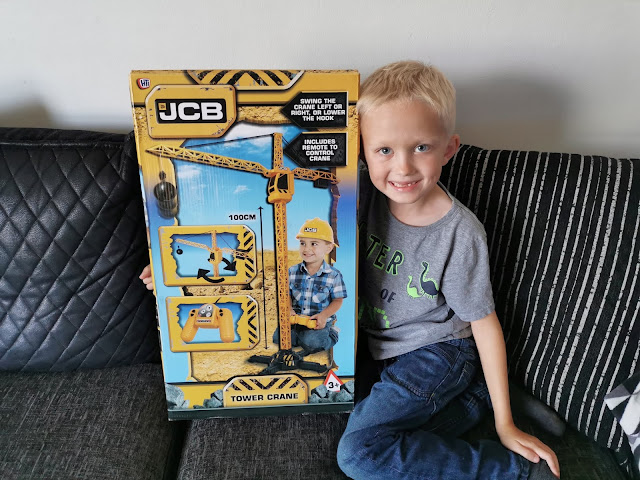 *Disclaimer - We were gifted this item for the purpose of writing an honest review of the product. All opinions and photographs are my own unless otherwise stated. This post contains an Amazon affiliate link.
Posted by It's A Family Adventure at 19:57