You may remember that just before Christmas we had the opportunity to test and review the Poopsie Slime Surprise Unicorn. It was a fun, slime filled, activity toy that Riley absolutely loved. He was therefore really excited when we were recently sent the Poopsie Sparkly Critters, which either spit or poop slime.

There are a total of 16 to collect in the series, with each sparkly critter resembling a super cute animal with a sparkly unicorn horn. These sparkly critters will then either spit or poop slime, depending on which one is hidden inside. The slime can then be transformed by adding Unicorn Magic, Unicorn Shimmer, and if you are very lucky you may even get the ultra-rare Unicorn Sparkle.

Riley was so excited to find out which Sparkly Critter he had received, so he set about opening the packaging. This is a really cool design which resembles a can of fizzy pop. It is really bright, colourful and eye catching. I helped Riley with the plastic wrapper on the outside of the can and he then began to peel back the cardboard opening. 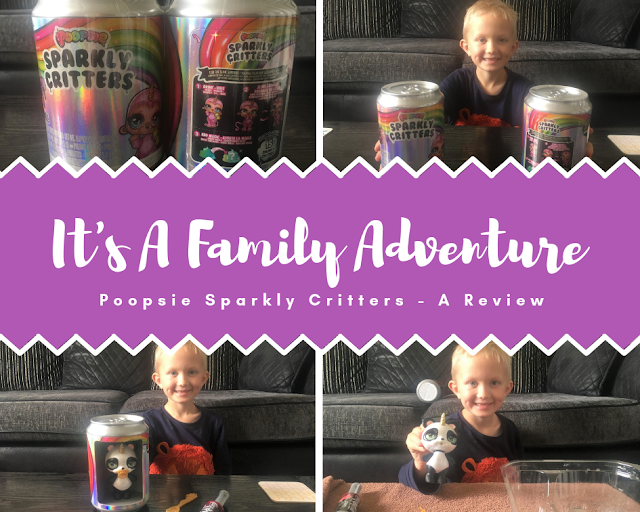 Inside we found that the inner compartments rotated and in each section was a different bag to open. Riley carefully removed each of the bags and then he felt each of them to try and figure out which bag contained the critter, as he wanted to save that one til last. As he began to open each bag he kept trying to guess which figure he had. He was hoping to get something different from a unicorn with him already having a Poopsie unicorn previously, so he was delighted to find Bamboo inside his Sparkly Critter bag which resembles a lovely Panda. After opening all the bags we found that the full contents were:


As I opened the instructions I immediately had a little panic as they looked huge, but on closer inspection I realised that this was because they had been repeated in several languages. After breathing a huge sigh of relief, I had a quick read through them to see how we could create the slime.

There are 13 steps to follow on the instruction sheet, but the whole process is actually really simple. I could see that we would need a container to squirt the slime into, so before we began I made sure that we had something handy, along with a towel just in case of any spillages. We chose to use one of the plastic inners from inside an Easter egg box which ended up working really well for us.

To begin with I filled the silly soda can with water, whilst Riley removed the dummy from the cirtters mouth. It is important to make sure that you keep the critter upright whilst doing this to prevent some of the slime powder from falling out. Riley then tilted the critter backwards, inserted the straw into its mouth and pushed the plunger all the way down to feed all of the water.

We then placed the dummy back into the critter's mouth and Riley passed it to me to shake. You need to shake it up and down vigorously for one minute, before emptying the slimy water. If there is a heart opening on the critters bottom then it will poop, but if it doesn't then it will spit, so it is important to check this before emptying.

We then held the critter over the plastic easter egg tray and Riley squeezed it hard to remove all of the slime. At first it just appears like coloured water, so you need to leave it for 15-20 minutes to allow for it to set. It came out a bright green colour which my son thought was great! 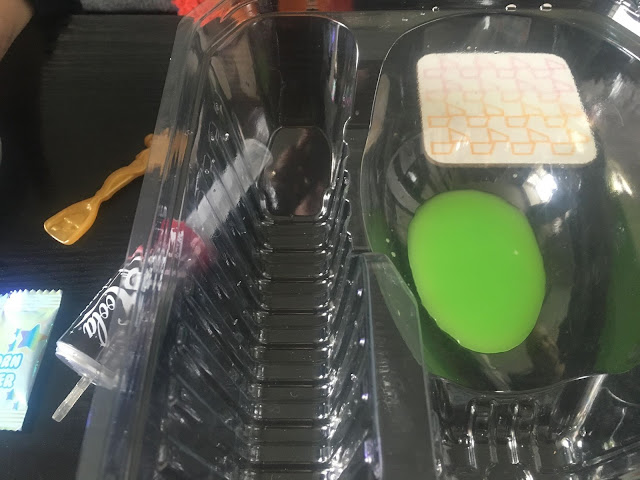 The waiting time was the hardest part of the slime making process, so we used this time to open Riley's other Sparkly Critter so he could have two different sets of slime and critters to play with. His second set contained Chloe from the Disco Doo-Doos group, which produced a different coloured slime in Blue. It can always be a bit nerve-wracking with surprise toys as to whether you might receive a duplicate, so Riley was really happy to have two different Sparkly Critters and two different colours of slime.

Once our first slime was ready, we opened the Unicorn Magic and poured the powder into the centre of the slime. We added it a little at a time and mixed it in with the unicorn spoon. We then added the unicorn shimmer which made the slime really sparkly and glittery. Riley then set about mixing it with his hands which he thought was great fun. When he had finished playing with it, he simply popped it into the storage bag, ready to be played with another day.

He said that the slime felt a little bit different to others we had made before and that it was really squidgy, soft and super stretchy! 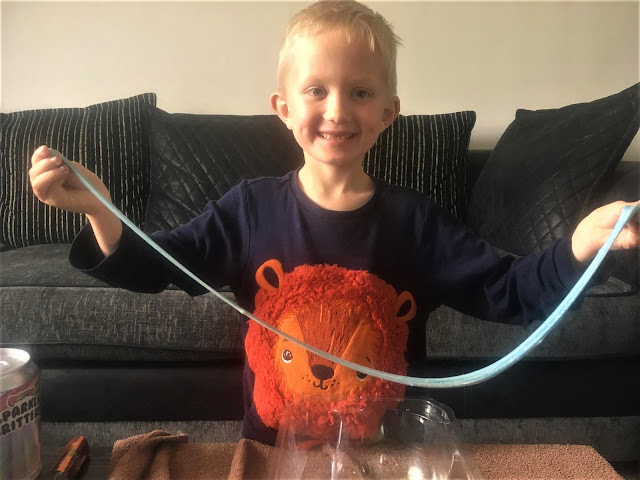 Overall we thought that the Poopsie Sparkly Critters were great fun. Both Riley and I found the slime making process really simple and my son loved the surprise element and the anticipation of seeing which Sparkly Critter he had inside the fizzy pop can. I thought that it was a really unique and clever design, with the added bonus of it being very easy to clean. Everything worked as it should and there were no leakages or spillages whilst we made the slime. We also really liked the fact that funky storage bags were included, which gave Riley somewhere safe to store his slime, so that it can be played with again in the future. The product has a retail price of around £14.99 which I think is really good value for money and I would happily buy these for my son or as gifts for others.

Poopsie Sparkly Critters can currently be found in most good toy retailers including Argos, Asda, Smyths Toys Superstores and Amazon. 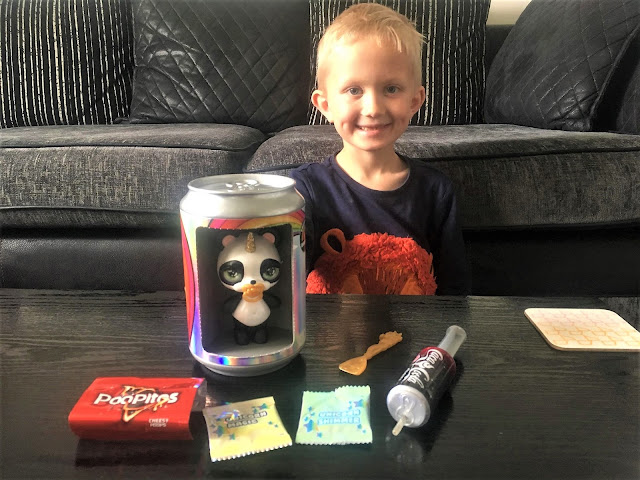 *Disclaimer - We were gifted these toys for the purpose of writing an honest review of the product. Opinions are my own unless stated otherwise. This post contains an Amazon affiliate link which means that I may receive a small commission should you choose to purchase this product from them.
Posted by It's A Family Adventure at 13:52