Zog Live on Stage at Storyhouse Chester - A Review

My youngest child Riley absolutely loves a trip to the theatre and since introducing him gradually to various kinds of shows over the past couple of years, it has become one of his favourite activities to do as a family.

We are very fortunate to have the beautiful Storyhouse venue only ten minutes away from our home and it has been great to see Chester welcome some wonderful productions since it's opening. Their calendar this year has everything from musicals to comedy performances, but this weekend we were very excited to attend a family friendly theatre production of Zog, based on the bestselling book by Julia Donaldson, with illustrations by Axel Scheffler. The show has been produced by Freckle Productions and Rose Theatre Kingston and features puppets that have been designed and created by Little Angel Theatre co-founder Lyndie Wright.

On our arrival to Storyhouse in Chester, we found it bustling with families, all ready to enjoy the show. There were children everywhere excitedly waiting for the performance to begin, some of whom had brought their own copies of the book or cuddly toys with them. It was a lovely relaxed atmosphere and I was aware of the fact that for some of the children, it could be their very first time at the theatre.

As we entered the auditorium, my children were provided with a Zog sticker each, which Riley was particularly happy with. So much so, that he also asked his brother and sister for theirs too! We found our seats in the middle of Row P which offered a fantastic view, so we had no issues at all with Riley not being able to see and we also did not require a booster seat. 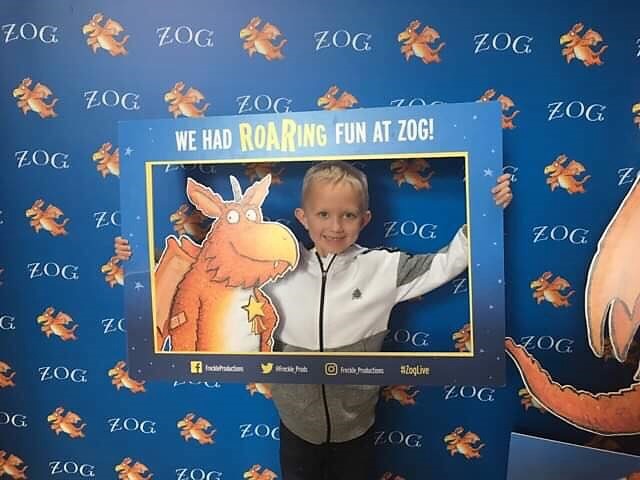 The stage adaptation of the book is suitable for children and families of all ages. It tells the story of Zog, who is large in size and very keen in nature. He is eager to win a golden star at Madam Dragon's school, where dragons learn all the things that dragons need to know. Zog tries so very hard, perhaps too hard, and he bumps, burns and roars his way through years one, two and three. Luckily the plucky Princess Pearl patches him up, ready to face his biggest challenge yet.......a duel with a knight, Sir Gadabout the Great.

Zog has been produced by Freckle Productions and Rose Theatre Kingston, featuring puppets that have been designed and created by Little Angel Theatre co-founder Lyndie Wright. It has been adapted and directed by Mike Shepherd and features an original folk score by Johnny Flynn and designs by Katie Sykes.

Riley found the stage show to be a magical adaptation and from the moment the show began, he was mesmerised as both actors and creative puppets came to life with a lovely musical accompaniment. The puppetry was imaginative and the musicians both comical and skilled, as we were gradually introduced to Zog's world and his quest for the golden star. My son Riley hadn't expected to hear singing throughout the show and when Princess Pearl (Emily Benjamin) began to sing, he quietly whispered in my ear "Well that was a lovely surprise!" 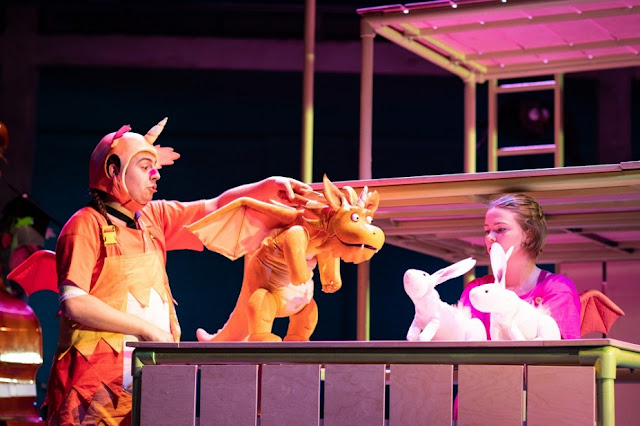 All of them were funny and engaging, as well as being highly talented, as they provided an entertaining performance consisting of drama, music, dance and puppetry. Children amongst the audience were giggling right from the opening scene, which soon turned into loud laughter later in the show, once we were introduced to Sir Gadabout the Great. He delivered an hilarious act along with a memorable song, that my son Riley has been singing at home ever since.

There was an equal combination of the use of puppets and actors and I felt that this worked well. The actors ensured that there was a connection with the audience, as well as interaction in parts, whilst the puppets added a magical element that delighted the children, especially when the dragons began to fly. The puppets themselves were absolutely stunning and have clearly been created with care and attention to detail, with striking colours and friendly faces.

One thing that I particularly enjoyed about the show, was the way that it had been paced. It was fast moving and entertaining, which ensured that even the youngest of children could remain focused and interested in what was happening on stage. I have found in the past that Riley can become disengaged if there is too much dialogue, but this show provided the perfect mix of words and song, which meant that any potential for boredom, was kept firmly away. 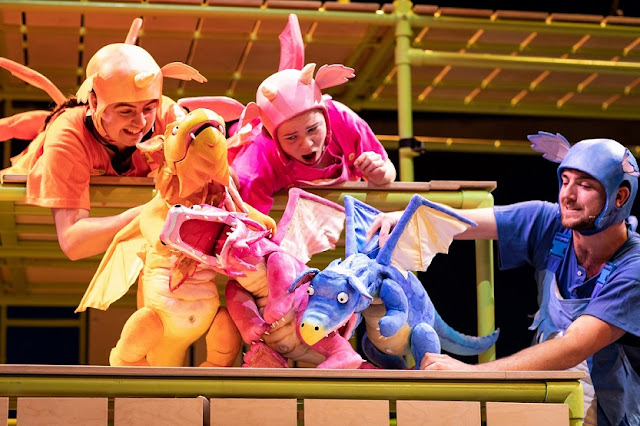 Overall, we found this show to be a wonderful adaptation of a book that we know and love. It is the perfect introduction to theatre for children and we saw plenty of babies and toddlers in attendance too. The running time is just short of an hour, which means that it is the perfect length of time to keep children interested and amused. The cast are an excellent example of skilled performers who ensure that the story is told in an entertaining and comical manner, as well as presenting themselves as very likeable characters. My six year old loved it and is looking forward to telling his friends all about it!

I would also like to add that from a venue persepective, I was very impressed by how attentive the Storyhouse staff were to the children in attendance. From welcoming smiles, friendly chats and the handing out of stickers, we found everyone to be extremely courteous and professional in providing a family-friendly theatre environment.

For more information on Zog Live and the upcoming tour locations, you can visit the Freckle Productions website or their social media pages on the following channels:

To find out more about Storyhouse then you can visit their website or social media on the following channels: 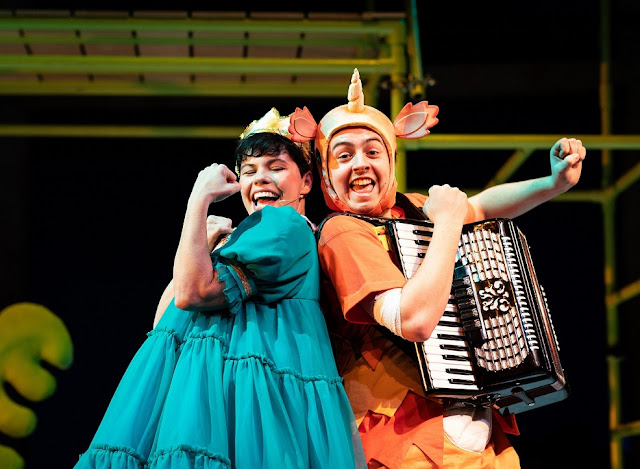 Disclaimer: We were provided with complimentary tickets for the purpose of writing an honest review of the show. All opinions are my own unless otherwise stated.
Posted by It's A Family Adventure at 16:44