If you are a regular reader to the blog, then you will know that my youngest son Riley is a huge fan of both blind bags and vehicles, so when we learnt that the two of these had been combined together by HTI Toys to create Micro Motorz, Riley was super excited to put them to the test.

Micro Motorz are a brand new collectible series, perfect for any racing car fans. Each set contains six suprises that help children to create and play with their new vehicle to make it ready to drive. There are over 20 different Micro Motorz to collect in the first series, which means that children can build up a fantastic collection of super vehicles. 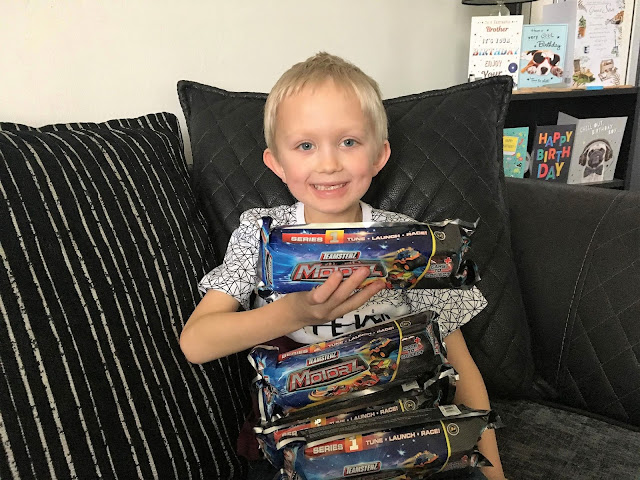 These include six Nitro Chargerz which are perfect for drag racing and pack some serious punch, there are three regular and three rare ones of these to find. Another selection as part of the series are the Speed Demonz which can be launched at speed and customised with their interchangeable spoilers, making them perfect for the race track.

The Hot Rodz vehicles come in garish colours with interchangeable air scoops which make them must-have racers. Again there are three regular and three rare ones to find. Last but by no means least is the ultra-rare Monster Treadz, which are rugged monster trucks that can crush their opponents in any race. These super machines even include slick gold engines to help complete their fierce look which is sure to stand out to any competitior. 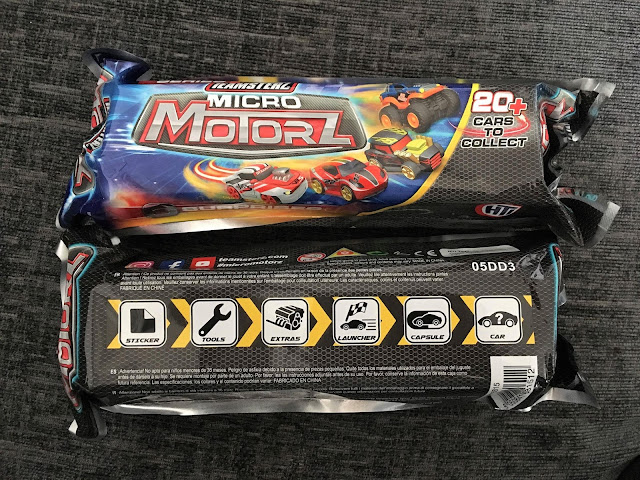 Riley had a good look through the selections available and had already picked a few that he was hoping to find in his blind bags. As with any blind bag opening, one of the best things about it is the element of surprise and not knowing exactly what you are going to get inside. Could you get an ultra-rare, could you get a duplicate? Well there is only one way to find out, so Riley set about opening his starter selection of Micro Motorz, ready for some racing car fun.

To begin with, Riley opened the outer foil wrapper, which then revealed three plastic chambers, along with a sticker that indicates which team the car inside may belong to. You can then snap off the chambers one by one to reveal the surprises inside and most importantly find out exactly which vehicle you have received. 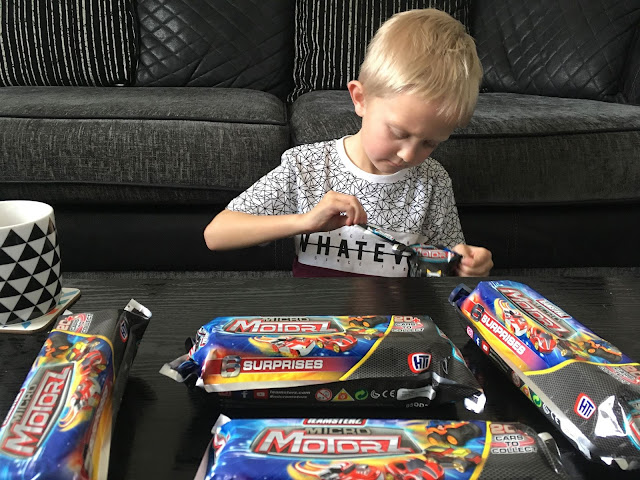 In the first chamber he found a tool which he would be able to play with once he had revealed his vehicle. There was also a leaflet which provided further information about the collection along with a series of images of what cars could possibly be inside. In chamber two he found a tuning accessory, this could be a spoiler, air scoop or engine and in the first one that Riley opened he found a spoiler.

He then opened the final chamber to reveal his car enclosed within a plastic see through capsule, which is also a handy storage compartment and great for keeping the vehicles safe and in tip top condition. The capsules can also connect together to help create a fantastic display and they also double up as the launcher to ensure that your vehicle gets the best start in any race. We also received a key and a sticker. 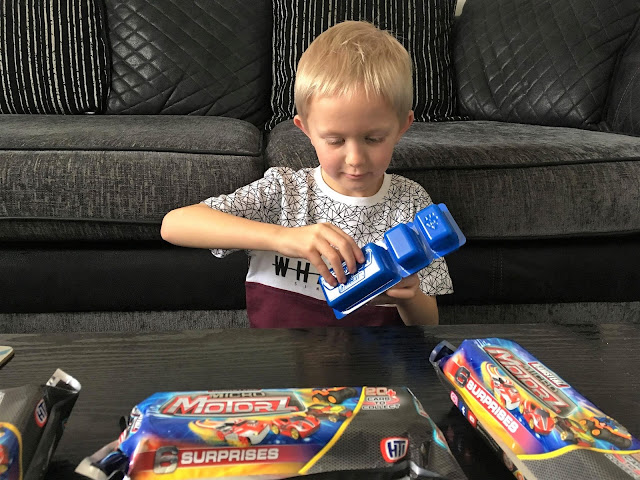 We initially found the instructions slightly confusing when putting our launcher together, but soon got the hang of it after a couple of attempts so that it quickly became an easy process. To assemble your launcher you need to: 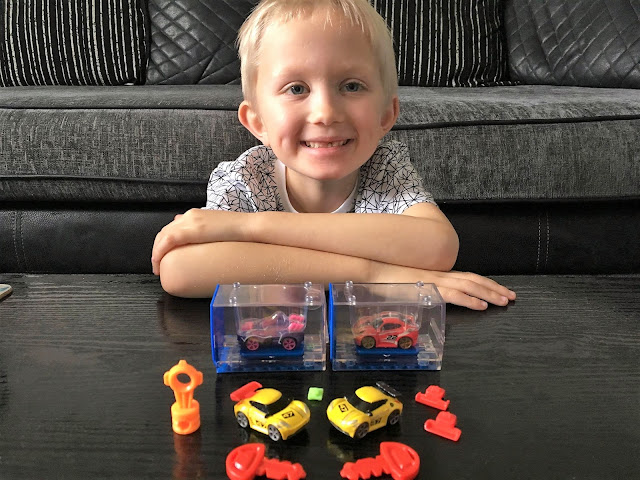 Overall Riley really enjoyed both opening and playing with the Micro Motorz. He regularly watches unboxing videos on YouTube, so certainly enjoys that anticipation and element of surprise when he gets to open blind bags and unknown surprises for himself. With an RRP of £4.99 I think that they are well priced and affordable enough to collect, though they are slightly higher than the pocket money my son receives, so he would need to save up over a couple of weeks. Riley loved that he could swap the parts around to customise the vehicles to his liking and he also really likes the fact that he can display them neatly in the car capsules. He did find the process of setting the launcher up a bit confusing at first, but after a few attempts he soon got the hang of it and is now really looking forward to building his collection and seeking out some of the ultra-rares. 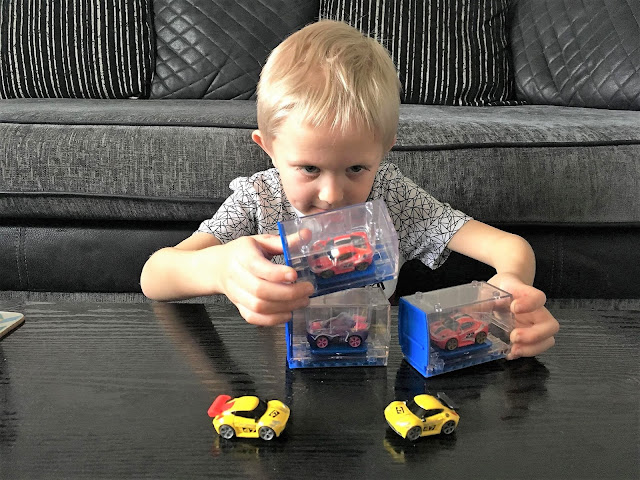 Micro Motorz are currently available from all good supermarkets and toy retailers and are also available from Amazon. If you would like to find out more about the range or HTI Toys, then you can visit their website or social media pages on the following channels: 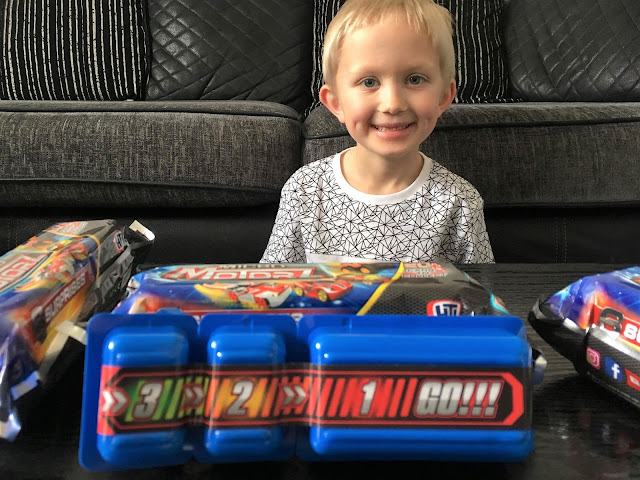 Disclaimer: We were sent these items complimentary for the purpose of writing an honest review of the product. All opinions and thoughts are my own. This post contains an Amazon affiliate link which means that I may receive a small commission should you choose to purchase from this retailer.
Posted by It's A Family Adventure at 14:12