Pointless by University Games - A Review

You may be familiar with the game show Pointless, which regularly features on BBC television. My children Emma aged 12 and Ben aged 11 first introduced me to this show after they had been watching it with their gran. I must admit that it took me a couple of times watching the show, to fully understand how it worked, but since then its become a programme that we watch regularly. My two eldest children really enjoy it and although the questions are sometimes a little too tricky for them, they do like to challenge themselves and guess some of the answers.

We were therefore really interested to find out more about the Pointless board game by University Games, which replicates the BBC TV quiz show in the comfort of your own home. It features plenty of new questions as well as the ability to download the infamous scoreboard on your phone using an app. The app is free to download and it helps to keep a record of all the scores. It also calculates the (pretend) jackpot in addition to stating the reigning pointless champion. 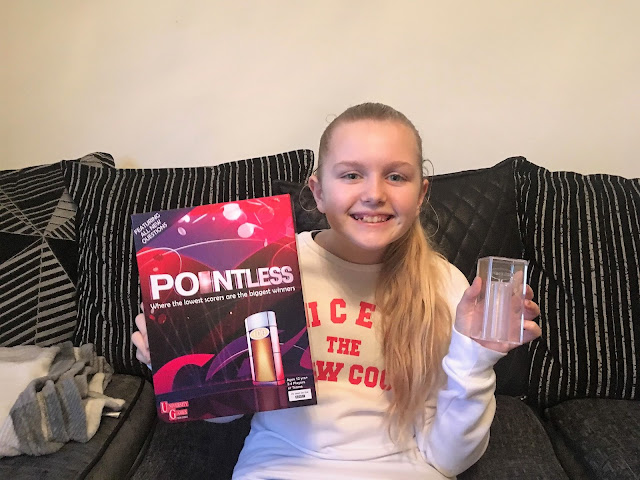 I really liked the idea of the app and love the fact that the game incorporates modern technology. I have often found with other games that the play can be slowed down a lot when you have to make manual notes of scores or write things down, so with the assistance of an app, it certainly makes things much more simple.

The front of the box features familiar Pointless graphics, including the logo and the scoreboard. It suggests that it can be played either as 2-4 players or in teams and the reverse tells you a little bit more about the game as well as providing some information on the app, along with several images. It is a small sized box, so very simple to carry and store away when not in use, and all the contents fit neatly inside.

The box contains -
It is recommended for players aged 12+, though I feel that this is purely down to the amount of general knowledge required for the game as the concept itself is actually really simple. I had a quick glance through the questions and whilst some would have had my children completely baffled, I think the majority worked fine for their age group. For the first couple of games my children went head to head, but after this both my husband and I teamed up with the children and found that a team of one adult and one child worked great. 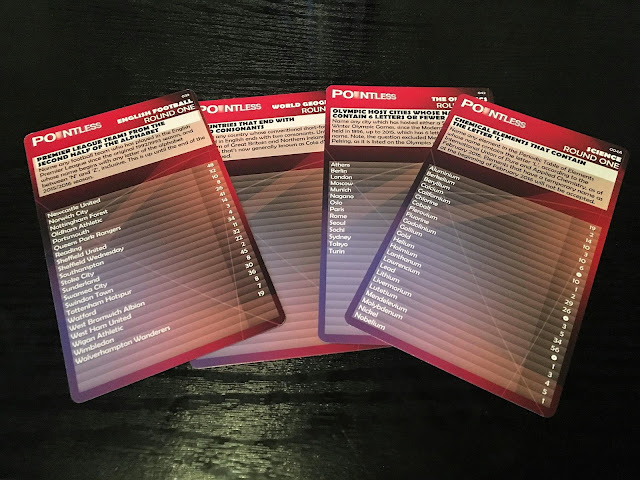 Unlike many other games where you need to gain the highest score, Pointless is actually quite the opposite. The object of the game is to score the least number of points and this is done by providing a correct answer that you think fewest of 100 people surveyed would have given. If you are able to provide a correct answer that the people surveyed had not thought of, then that provides you with a Pointless answer scoring zero points.

Setting up the game is really easy and is simply a case of installing the app and entering the players details. Someone then needs to be chosen as the Question Master and the remaining players can then be split into teams. The Question Master can also be part of a team, but must ensure that they do not look at the answers on the question card whilst placing it in the holder. Once it is in the holder, the answers are hidden so there is no chance of someone taking a sneaky peak at the answers. During play the app will show the current (pretend) jackpot, which will then rise during the game if a pointless answer is found during the rounds.

As my children were playing the first couple of games themselves, I did remove some of the question cards to ensure that the remaining cards were all topics that they had some knowledge of. I then sorted them into four separate piles for Rounds 1, 2, 3 & 4 and placed the cardholders next to them. When my husband and I joined in with the later games I simply returned the cards I had removed back to the piles. I really liked the fact that I could adapt the game to suit us and found that this worked really well.

For example the cards I kept for round four included Books by David Walliams and Harry Potter Teachers. My daughter Emma is a huge Harry Potter fan, but even she commented how hard it is to think when being put on the spot. She was determined to win that round and also managed to get a pointless answer after much deliberation over which teaching staff member to choose.

In round one each team decides who will answer first and the Question Master reveals the question. During this round there is no conferring allowed between team members and once the answer is given the Question Master enters the relevant score into the app and then turns it to face the players. Once you press "Go" the scoreboard counts down just like it does on the television show and this creates lots of ooh and aahhh moments as everyone waits to see the results. If there is a second player in the team then they take their turn at answering the same question. The app will then automatically add the score and reveal the winner of that round. The highest scoring player or team is then eliminated. Round two then continues in the same format with the remaining teams. 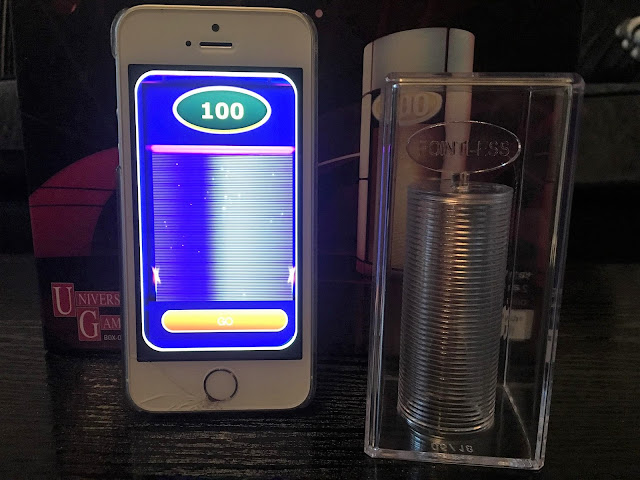 Round three is the head to head round where the two remaining players or teams battle it out. During this round players are allowed to discuss their answer with each other and the first team to win two questions will have the opportunity to win the (pretend) jackpot as well as receiving the "Pointless Trophy".

In Round Four, this is what is known as "The End Game", during which the Question Master randomly selects three questions and reads them out. The remaining team then has just one minute to come up with three answers. The answers can be from any of the questions, so they can come up with three answers to one question, or one answer for each of the questions asked. It is completely up to the players how they choose to use their three answers. If one of the answers proves to be Pointless then the jackpot is considered as being won. If not, then the jackpot will simply roll over to the next game.

My children became very competitive whilst playing and they actually surprised me with some of the answers they gave. 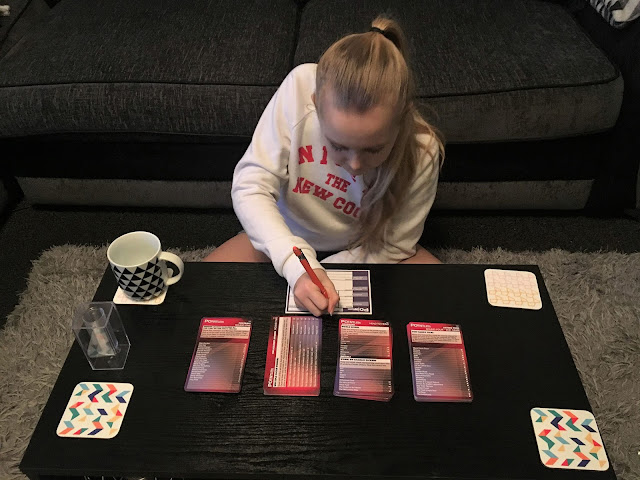 Overall we really enjoyed this game, the rules are simple to follow and it was a great game to enjoy with my older children once my youngest son Riley had gone to bed. I think the idea of integrating an app into the game is great and we loved the concept of a traditional board game being combined with modern technology. The trivia element definitely got us all thinking and we had plenty of competitive fun trying to think of the most 'pointless' answer. I can definitely see this being a game that we will play regularly and I would definitely recommend to other quiz loving families.

For further information on Pointless or other University Games, then please visit their website or social media pages which can be found on the following channels: 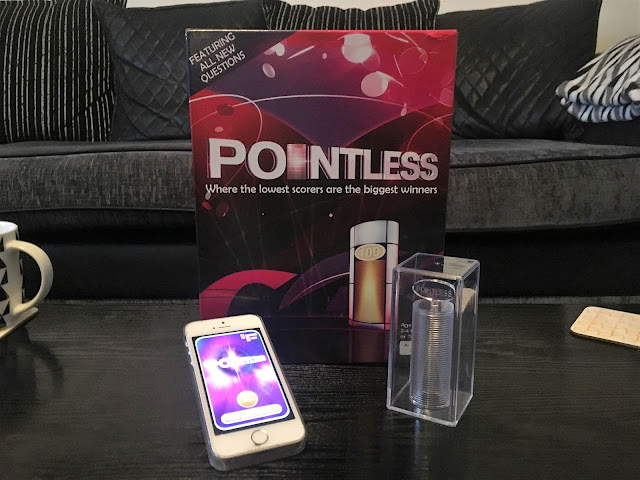 *Disclaimer - We were sent this game on a complimentary basis, for the purpose of writing an honest review of the product. All opinions are my own unless otherwise stated.
Posted by It's A Family Adventure at 18:38