We were recently invited along to Gandey's Circus which is currently at Aintree in Liverpool until the 3rd of March as part of its current UK tour. I haven't visited the circus since I was a young child and was therefore excited and intrigued to experience the 'The Greatest Show' and find out exactly what it could offer for family entertainment.

From the moment we arrived my youngest son Riley was amazed by the giant circus tent and kept asking what would be inside. He was running around excitedly trying to take a peek through the entrance whilst I was waiting to collect our tickets from the box office. He soon stopped in his tracks though as the smartly dressed ringmaster walked past and gave him a smile and a wave.

Once we had collected our tickets, we made our way into the foyer area where there was a variety of food and drink stands, along with a stall that sold the popular flashing toys and wands. Riley immediately spotted a brightly coloured sword that had colour changing lights and was priced at £6. I felt that this was very reasonable compared to some event stalls that we have seen before, so I had no issue in purchasing one for him to wave around. 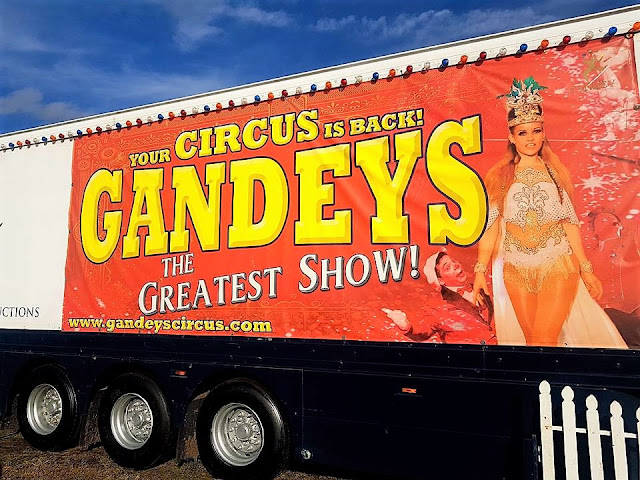 As we entered the show arena, we handed over our ticket and were directed where to take our seats. The seats aren't numbered so you can simply choose where you would like to sit, as long as it is in the area that you have paid for. We managed to get some great seats a few rows up from the front, which gave us a great view throughout the show. The time slot we attended was really popular so whilst waiting for all the guests to take their seats there was also the opportunity to have your face painted or have a mascot photograph in the circus ring for a small charge, which I thought was a great idea.

Once everyone was seated the show began to start and we were introduced to the full cast singing and performing. It was a superb beginning and really set the standard high. My children were in their element singing and clapping along and they sat captivated waiting to see what happened next.

The show advertising states "You've never seen anything like it!" and they are not wrong. Every single act which took to the ring was absolutely incredible and the talent of each person was outstanding. The acrobats spun and flew through the air as they attempted high flying flips and bounces on a thin bar supported only by the strength of two people. My whole family watched in amazement as the acts continued, always excited to see what was next.

The Garcia Brothers performed an act of amazing strength as they balanced on one hand whilst carrying out a superb gymnastic routine. They made everything look so easy, yet in reality it must take so many years of training to get to the high standard they are at. We really liked the fact that each act had a great soundtrack to it with popular well known songs that matched perfectly to the performance. 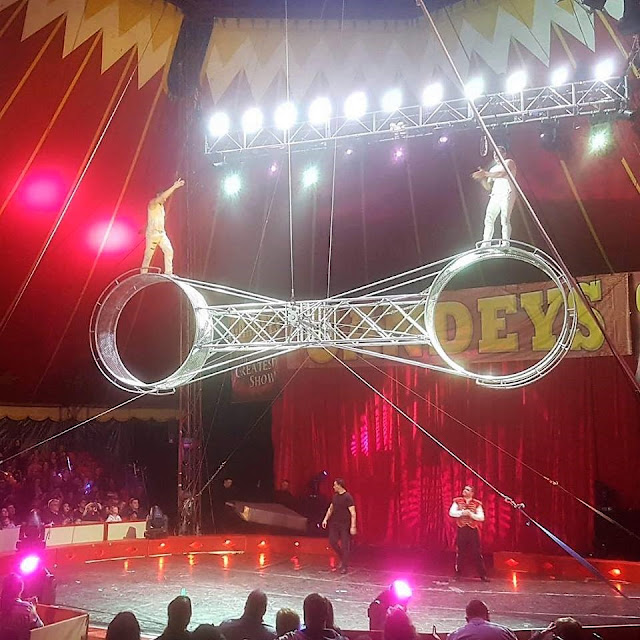 One of my favourite acts of the evening was a romantic aerial ballet performance that had me completely mesmerised. An extremely talented duo climbed high above the ring and supported themselves on the silk drapes whilst providing a breathtaking and beautiful display together involving acrobatics, spins, drops and dance. However, just when we thought it couldn't get anymore spectacular, we were presented with the giant space wheel and sat on the edge of our seats as two extremely talented acrobats attempted somersaults, runs and flips whilst the wheel spun round at speed. They even attempted it whilst blindfolded which was unbelievable!

In between all the acts the audience was kept entertained by loveable clown Chico Rico who provided plenty of belly laughs and fun. There were also numerous opportunities for audience participation along with jokes and comedy suitable for the whole family.

Before we knew it the first half was over and it was the interval. The show was so fast paced and entertaining that an hour had passed really quickly. The 15 minute break allowed plenty of time to purchase some snacks or pop to the toilet and there was a further opportunity again for face painting in the circus ring along with a raffle to win a cuddly toy. 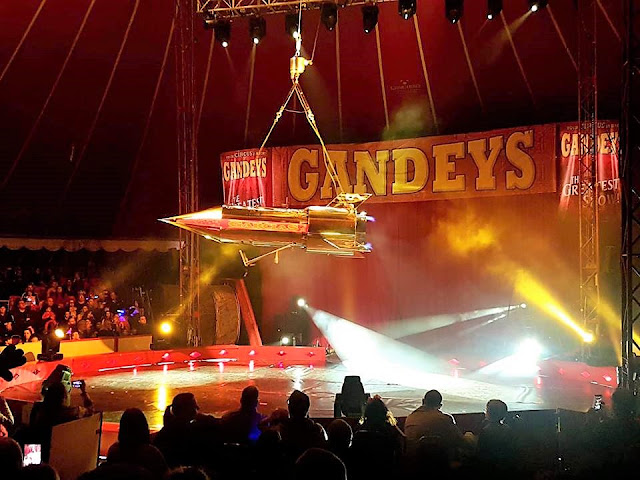 The second half was just as incredible as the first and at one point the award winning circus stars Duo Garcia performed high flying acrobatics on a soaring rocket that spun at speed around the circus top. It definitely had an element of fear and at one point one of the performers was hanging by only one foot at a great height with NO safety nets. It was definitely a heart stopping moment!

The finale saw three motorbikes enter the 'globe of death' which saw them drive around at speed whilst narrowly avoiding one another. At some points it literally looked like they were only millimetres away from one another and that they could collide at any moment, but incredibly they completed the act with precision to a great round of applause. 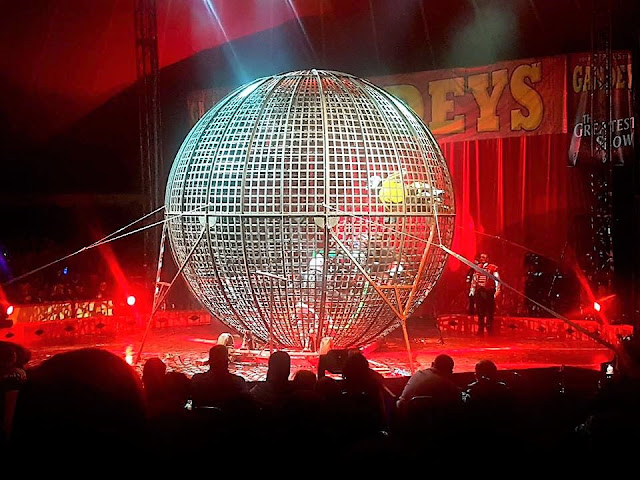 Overall this circus show was everything we had hoped it would be and more. It was absolutely action packed from start to finish and my children have not stopped talking about it since. Everything from the dazzling costumes to the music was just perfect and it was quite incredible to see so many talented performers all in one show. Gandeys Circus The Greatest Show really does live up to it's name and I wouldn't hesitate to recommend this tour to families.

For further information and full tour dates you can visit the Gandeys Circus website or their social media pages which can be found on the following channels:

*Disclaimer - We were provided with a complimentary family ticket for the purpose of writing an honest review of the show. Opinions are my own unless otherwise stated.
Posted by It's A Family Adventure at 20:54