If you are a regular reader to the blog, you will know that we are huge fans of Aquabeads and over the past couple of years it has become one of our favourite indoor activities. With the weather being so awful lately, it has given us plenty of time to enjoy making some new creations and we have recently added a new set to our Aquabeads collection........The Disney Tsum Tsum Character Set.

The Aquabeads Disney Tsum Tsum Character Set includes everything you need to start creating, so it can be purchased and used as a set of its own, or you can use it as an add-on to your existing collection. 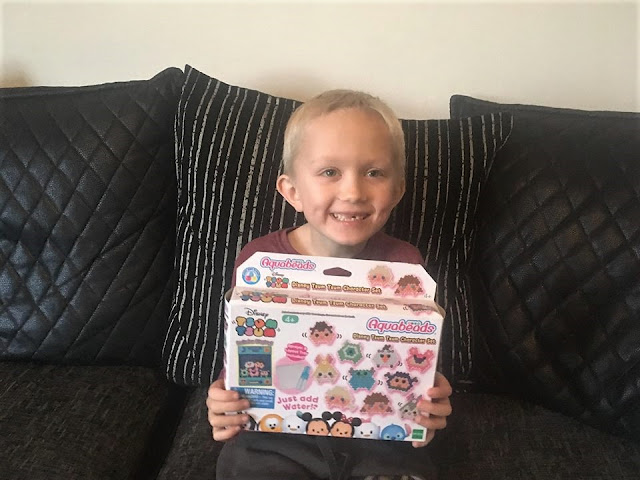 The box is small so it is easy to both carry and store, though despite its size, there are plenty of contents inside. The front of the box shows all of the characters that you can create, as well as showing an image of the display, sprayer and layout tray. This helps you to see exactly what is included in the pack, as well as giving you a good idea of what you can make. It is recommended for children aged 4+ due to small parts.

The reverse of the box provides a full contents list and this set includes: 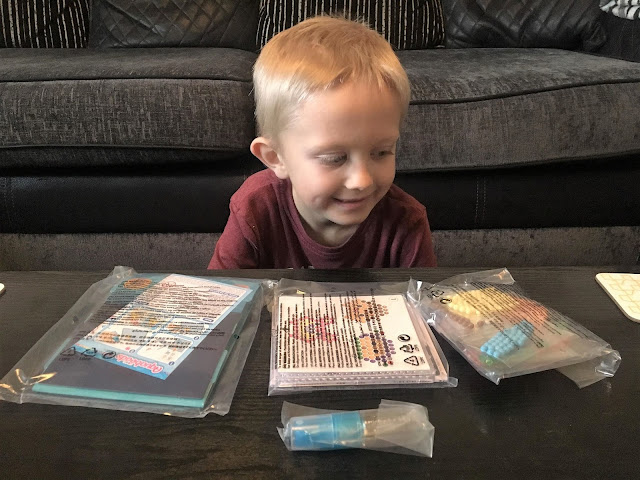 We already had an Aquabeads storage case* which came with a previous set, so to begin with I opened each of the bead packets and my son Riley sorted them into his case and arranged the colours. He then had a look at each of the templates and chose which Tsum Tsum characters he would like to make first. Once he had made his decision, we placed it in the layout tray, ready to start creating. 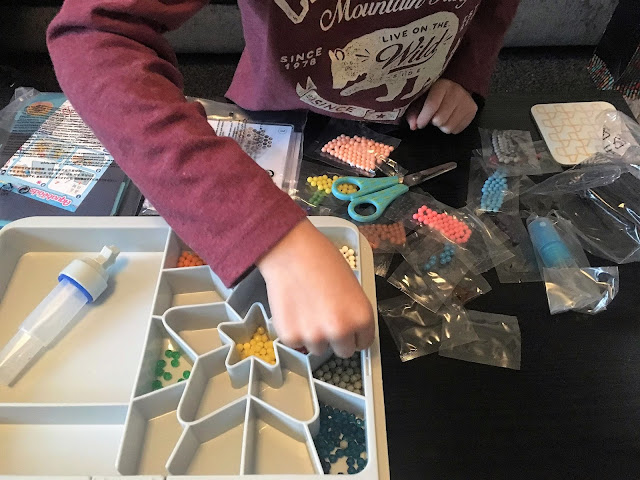 *Star storage case is our own from a different set and is not included in the Tsum Tsum Character Set.
Riley has made so many Aquabeads creations now that he knows exactly what to do and finds it really simple. I used to have to help him place the beads on the tray, as well as assist with finding the right colours, but now that he is 6, he manages all this on his own with ease. After a short while, Riley had completed the first characters so decided to continue with the other templates using an additional tray that we already had. 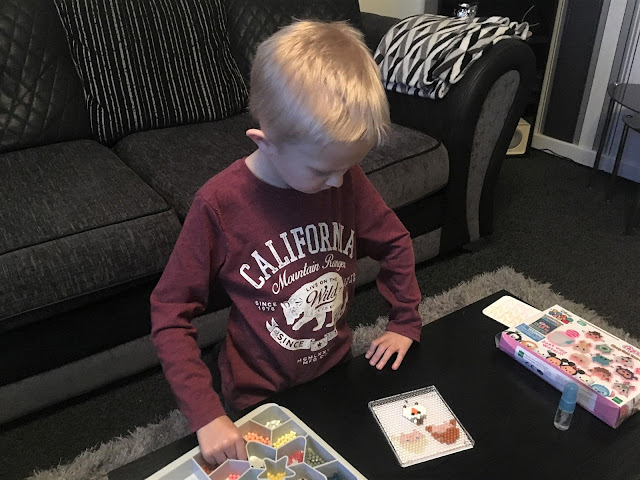 Once the templates were finished, Riley filled the sprayer with water and began to spray his creations. The water then fixes the beads together and you then simply leave them to dry for a short period of time. After the recommended time of 60 minutes had elapsed, Riley then began to remove his creations from the tray and place them into the display. 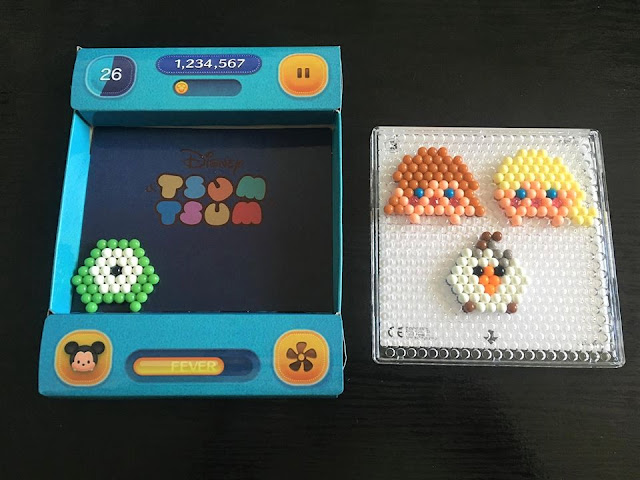 We did have a peeler from a previous set on standby to help with this, however due to the Tsum Tsum characters being quite small, we were actually able to remove these easily with our hands and no beads became separated.

I really liked the idea of the display and Riley enjoyed setting out all the characters exactly where he wanted them. The display is made from cardboard and is really easy to slot together, but should you have any difficulties, then the instructions provide guide images to help you.

As with all the Aquabeads sets we have tried, Riley really enjoyed this. He loves being able to create the designs all on his own and he feels a sense of accomplishment once he has finished. I think that this set is great value for money as you get quite a lot of contents included. It is a great set to use as an introduction to Aquabeads, but also a fabulous set to add to an existing collection. It is currently available to purchase from Amazon and other good toy retailers.

For more information on Aquabeads you can visit their website or social media pages, which can be found on the following channels: 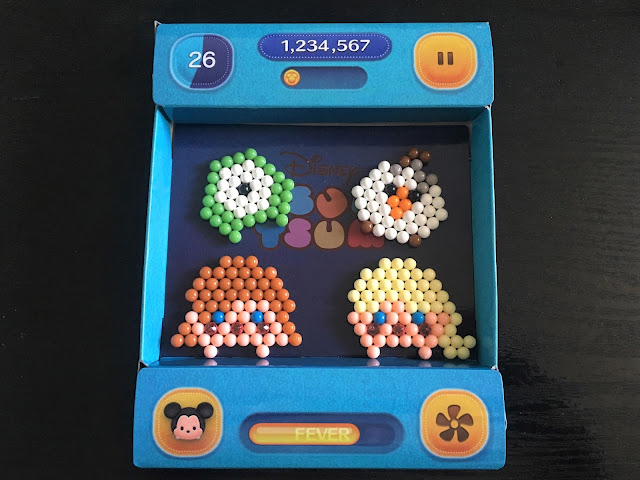 Disclaimer: We were sent this item for the purpose of writing an honest review of the product. Opinions are my own unless otherwise stated. This post contains an Amazon affiliate link which means that I may receive a small commission should you choose to make a purchase from this retailer.
Posted by It's A Family Adventure at 17:21