Story Pocket Theatre are delighted to announce that AniMalcolm, based on the bestselling children's book by David Baddiel, will play at The Epstein Theatre on Thursday 28th February and Friday 1st March 2019 as part of a major UK tour and following a smash-hit premiere at the Edinburgh Fringe Festival in 2018.

Malcolm doesn't like animals, which is a problem because his family are wild about them. In fact, their house is full of pets of all shapes and sizes. The only bright spot on the horizon is the Year Six school trip, until he is on the bus, heading to... a farm. But on a school trip like no other, Malcolm begins to understand animals more deeply than anyone. Will he end up the same as before? Because sometimes the hardest thing to become is yourself. 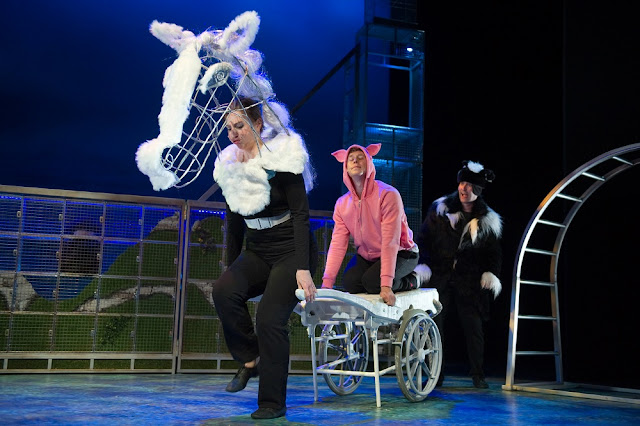 Photo Credit - Steve Porter
David Baddiel is an award-winning comedian, author, screenwriter, director, and television presenter known for his work with Newman and Baddiel, Fantasy Football, Baddiel and Skinner Unplanned and his platinum number one single Three Lions. David has written four children's books which have now sold over one million copies, as well as four critically-acclaimed adult novels and the hit film Infidel. David's latest stand-up show, My Family: Not the Sitcom, premiered at the Menier Chocolate Factory before going on to run for 15 weeks in the West End.

David Baddiel said: "It has been such a thrill to see AniMalcolm brought to life on stage, and as a musical! Story Pocket have done a wonderful job with this adaptation, and it will be a real treat to see Malcolm adventuring around the UK with his menagerie of animals in tow."

Story Pocket Theatre is a company devoted to bringing both classic and original children's stories to the stage in a magical, inventive and exciting way. Previous productions include Michael Morpugo's King Arthur (Edinburgh Fringe and UK Tour) and A Pocketful of Grimms (Edinburgh Fringe and International Tour).

AniMalcolm is directed by Julia Black and Adam Fletcher-Forde with musical direction by David Perkins, set and costume design by Jacqueline Trousdale, lighting design by Declan Randall and movement direction by Shona Morris.

To book tickets please call 0844 888 4411* or go online at www.epsteinliverpool.co.uk* or in person at The Epstein Theatre Box Office from 12pm to 6pm Monday to Saturday.

*Subject to booking fee. All prices include a £1 per ticket restoration levy. 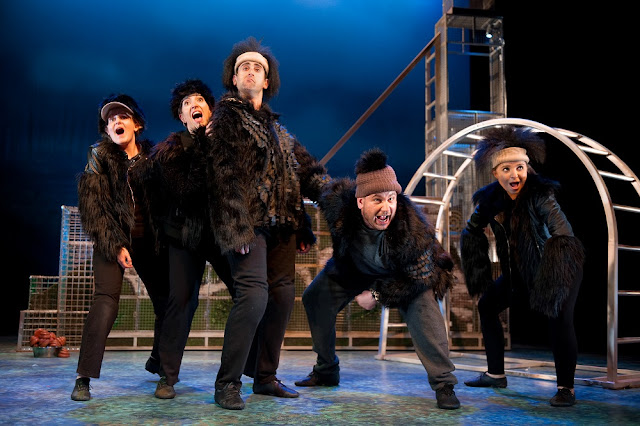 Photo Credit - Steve Porter
*Disclaimer - This is a press release provided by BEA. Details provided believed to be correct at time of publishing, but are subject to change. I would therefore always recommend visiting the venues own website in order to obtain the most up to date information.
Posted by It's A Family Adventure at 12:45