On Wednesday evening, St Helen's Theatre Royal & Regal Entertainments Ltd took us on a swashbuckling adventure, when we attended the press night for this years Christmas pantomime of Peter Pan! This was our fourth visit to St Helens Theatre Royal this year alone and if there is one thing we have learnt, it's that they certainly know how to put on a fantastic show! We know from past experiences that their pantomimes are always superb, but having never seen Peter Pan in panto form before, there was an added element of excitement as we took our seats ready for the show to begin.

The production features everything you could hope for - from upbeat well known songs to some musical favourites, exceptional choreography to fantastic flying, plenty of laughter and even a 3D scene thrown in too. Their pantomimes never disappoint and it is very clear to see that they have a fantastic team that have recognised exactly what families want, when coming to see their shows. 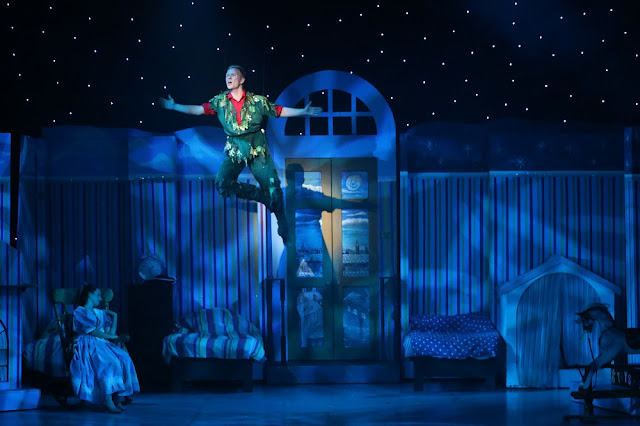 Photo Credit: David Munn Photography
The whole cast were excellent from start to finish and they are evidently a very talented team. Georgina Parkinson stars as Wendy Darling and she has the most beautiful singing voice making her vocal performances a pleasure to listen to. She suits the role perfectly and works extremely well alongside Peter Pan.

Kristina Rihanoff sparkles as the loveable but tempremental Tinkerbell and certainly adds some fairy magic. At one point during the show, she takes part in a dance off and being Strictly fans, it was great to see some wonderful moves on stage. Everything she took part in was done with elegance and pizzazz and we really enjoyed all of her performances! 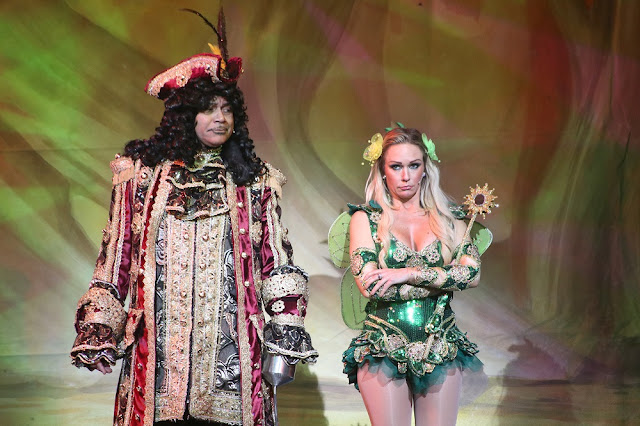 Photo Credit: David Munn Photography
Captain Hook is played by the magnificent Louis Emerick who delivers the perfect pantomime villain. Although he is the ultimate baddie, his witty remarks, powerful confidence and comical relationship with Mrs Smee made him very entertaining to watch. The St Helens theatre-goers never failed to shout Boooooo when he took to the stage and it was great to see a lot of audience interaction throughout the show.

It was fantastic to see the lovely Lewis Devine playing the starring role of Peter Pan and having always viewed him as a comedian, we were intrigued as to how he would play a more serious role. Whilst there was less of the slapstick style comedy that we have seen from him in previous productions, his portrayal of Peter Pan showed that there is far more to him than just creating a giggle. He consistently wowed us on stage whether acting, singing, or simply interacting with the audience members. He definitely knows how to keep a crowd entertained and can always be depended on to deliver a wonderful performance. 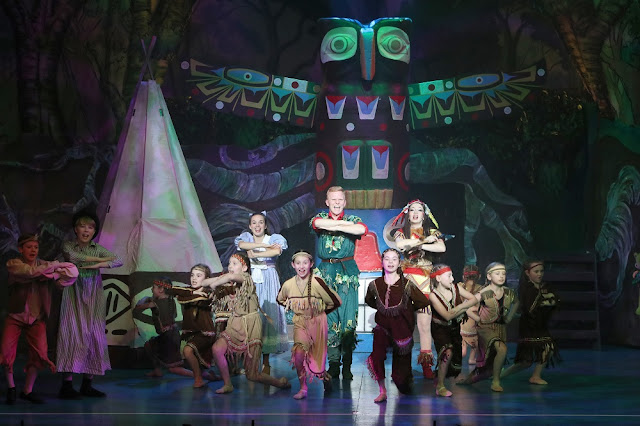 Photo Credit: David Munn Photography
Resident Dame Si Foster has also become one of our panto favourites. In this years Christmas production he stars as Mrs Smee and his interaction with Captain Hook was absolutely hilarious at times. We loved his performance of Fernando & Gimme Gimme Gimme, which was a scene that I could have quite happily watched several times over.

Tigerlily is played by Abigail Middleton who has a fantastic stage presence and great vocals too. The pantomime also features some extremely talented children who were certainly stars in their own right. The two young boys who played John and Michael were wonderful and it was great to see some younger performers trusted with main roles. The show also involved plenty of fast paced dance and the juvenile dancers completed the choreographed moves with ease and always with a smile on their faces. 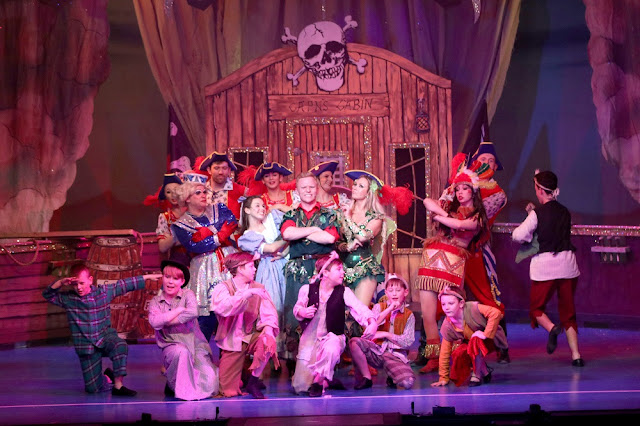 Photo Credit: David Munn Photography
We felt that there was a great music selection throughout the pantomime with something for everyone to enjoy. A particular highlight for me was seeing the whole audience sing along to George Ezra's Shotgun song, which had a lot of the children up on their feet singing and dancing away. My youngest son Riley absolutely loves this song, so he was delighted when it began to play. Be warned however that Baby Shark is also on the playlist, so parents be ready to get involved and sing along!

The 3D scene added a new element to the pantomime and it was great to have this incorporated into the show. One thing that I would say though is that if you are attending with very young children who scare easily, then it maybe best to watch without the glasses. There are parts where sharks, fish and crabs do jump out at you, which even caused some screams from the adults too. It is a lot of fun and the audience loved it!

Overall we had a wonderful time watching Peter Pan at St Helens Theatre Royal and we haven't stopped talking about it since. We enjoyed it so much that we have already planned a return visit in the New Year. We cannot wait to see the show again and we also intend on bringing several other family members for a fun filled afternoon. This production provides so much for families to enjoy, making Peter Pan the perfect pantomime to visit this Christmas.

Tickets - From £11*
*All prices are inclusive of a £1 per seat transaction fee. On-line bookings are subject to an additional 50p per seat on-line processing fee. 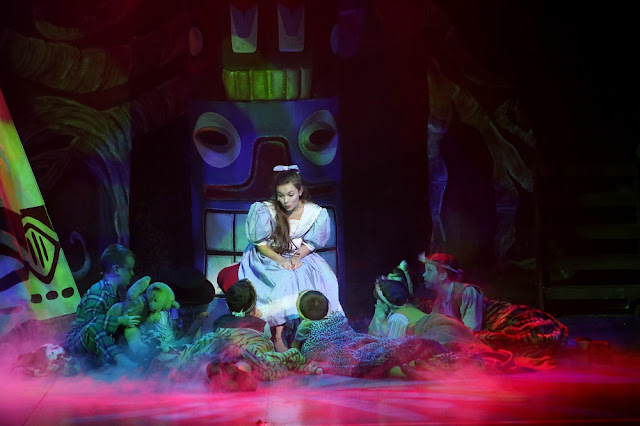 Photo Credit: David Munn Photography
*Disclaimer - We were invited to attend the press night for the purpose of writing an honest review of our experience. All thoughts and opinions are my own unless otherwise stated.
Posted by It's A Family Adventure at 18:07