Snow White and the Seven Dwarfs Pantomime at the Epstein Theatre, Liverpool - December 2018

Heigh-ho, Heigh-Ho, it's off to the Epstein Theatre we go as the cast of LHK Productions' Snow White and the Seven Dwarfs came together this week to launch the show, which is on at the Hanover Street venue from Friday 7th December 2018 to Wednesday 2nd January 2019.

Cast members braved the cold to pose for pictures along The Strand - capturing Liverpool's beautiful and famous cityscape, before heading to The Epstein Theatre where press and VIP's got a sneak peek at what they can expect this Christmas.

Radio City 2's Claire Simmo, who stars at the Fairy, hosted the event - and was on hand to introduce her fellow cast members. 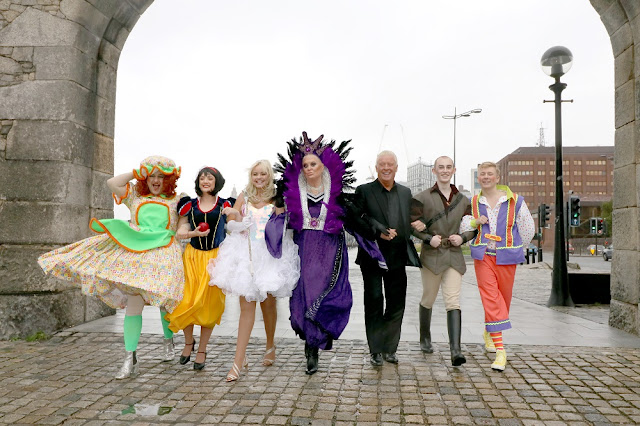 Photo credit: David Munn Photography
Leading the all-star cast is The Queen of Clean, How Clean is Your House? star Kim Woodburn as the Wicked Queen.

Television presenter and expert cleaner, Kim Woodburn is best known for presenting Channel 4 show How Clean in Your House? from 2003-2009, which also led to a Canadian version called Kim's Rude Awakenings from 2007-2009.

The television personality has also remained a household name with appearances on the ninth series of I'm A Celebrity...Get Me Out Of Here! finishing runner up in 2009, and entered the Celebrity Big Brother house as a housemate on the nineteenth series in 2017 where she made it to the final and finished in third place.

Britain's best loved and most entertaining medium, Derek Acorah, will be using his psychic ability to declare who is the fairest of them all as he appears as the Magic Mirror via the power of video projection.

The Liverpool born star is most notable for his work on British paranormal reality television series Most Haunted from 2002-2005. He has since starred in numerous tv shows including Derek Acorah's Quest for Guy Fawkes and Derek Acorah's Ghost Towns. He also competed in the twentieth series of Celebrity Big Brother in 2017 finishing in fourth place.

Britain's Got Talent star Lewis Pryor storms back on the Epstein stage after taking audiences on a highflying adventure to Neverland last Christmas as Peter Pan, who returns as Muddles. The young star finished 3rd place during the live finals of the 2016 series of the ITV show with dance troupe Boogie Storm.

Michael Chapman never fails to have audiences rolling in the aisles laughing and he is certain to keep everyone on their toes with his hilarious comedy antics as he makes a welcome return as Liverpool's favourite Dame.

New cast additions include Mia Molloy who returns to play Snow White after dazzling as Jill in Easter's Jack and the Beanstalk, and Liverpool actor Alex Patmore, who is currently playing Bobby in the UK tour of Cilla the Musical, will play Prince Charming.

During the afternoon guests were treated to a special performance from Mia Molloy and Lewis Pryor who sang their solos - wowing audiences with their vocals!

Producer Lee Kelly then made a very exciting announcement, revealing that he will be holding open auditions to find the hottest new talent for the senior dancer roles in the production. Further details about the auditions will be released in the coming weeks.

Lee said: "What a great way to officially start the countdown to Christmas! It has been a fantastic day bringing the cast together and it has got us all in the festive spirit and excited to bring the show to Liverpool audiences. Be sure to book your tickets and join us at the Epstein Theatre this Christmas - just 9 weeks and counting until we open!"

A timeless tale and one of the nation's favourite pantomimes, follow the story of the beautiful princess Snow White, as she tries to escape the clutches of her evil step mother, who's one aim is to become 'the fairest of them all'.

After fleeing the Kingdom to escape the Wicked Queen's evil plans, Snow White seeks refuge with seven dwarfs living in the forest.

Complete with wonderful songs and choreography as well as poisoned apples, magic mirrors and of course that much loved panto magic, Snow White will have audiences on the edge of their seat.

Heigh-ho, Heigh-ho, it's off to the Epstein we go this Christmas!

Please note: Kim Woodburn will not be appearing in any of the 10am performances. Derek Acorah will appear by the power of video projection and does not appear in person. 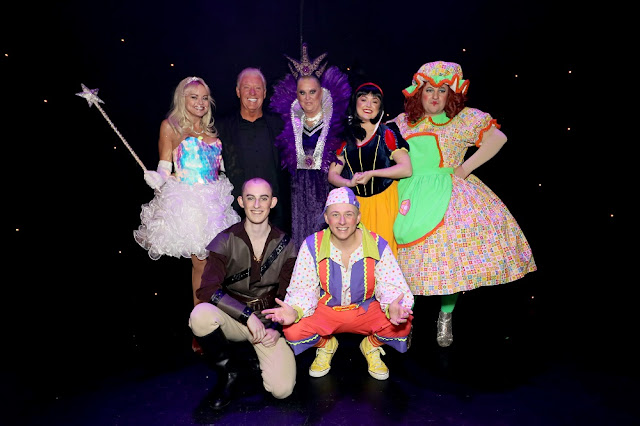 There are also a limited number of £11 tickets available on all performances from Friday 7th December to Monday 10th December.

*Tickets are subject to booking fee. All prices include a £1 per ticket venue restoration levy.

To book tickets you can ring the box office on the number below or visit the website.

Alternatively you can book tickets via TicketQuarter by calling 0844 8000 410 or visit www.ticketquarter.co.uk.

Disclosure: This is a press release from the Epstein Theatre. Details provided are believed to be correct at time of publishing, but are subject to change. I would therefore always recommend visiting the venue's own website in order to obtain the most up to date information.
Posted by It's A Family Adventure at 20:28