Why wait until Christmas to get your panto fix, when you can visit the St Helens Theatre Royal this October half term and watch Regal Entertainments pantomime version of Beauty and the Beast!

With a tremendous cast, telling a tale as old as time, this show delivers a constant stream of energy, comedy and drama which has the audience laughing from beginning to end. The show which was written by Liam Mellor and produced by Jane Joseph and Chantelle Nolan, offers absolutely everything that a great panto should, with a fun packed production for families of all ages to enjoy.

Kiera-Nicole Brennan stars as the stunning Belle and shines in the role with her delightful singing and dancing. Her performance skills were apparent from the very start and she is clearly a very talented individual. Although I had not heard of her previously, she is currently a presenter on Channel 5's Milkshake! which at the age of only 19 is an amazing achievement.

Maddie Hope Coelho stars as Fairy Rose, who was always on hand to wave her magic wand and ensure that happiness would prevail. We have seen Maddie Hope Coelho on stage before and she has an incredible singing voice, which we would have loved to have heard more of during this production. Her solo performance was wonderful, with a hint of charm and magic that made it a beautiful scene to watch. My youngest son Riley was captivated as Fairy Rose cast her magic upon the Beast whilst performing a rendition of 'When You Believe' and this was definitely one of the stand out scenes of the show. 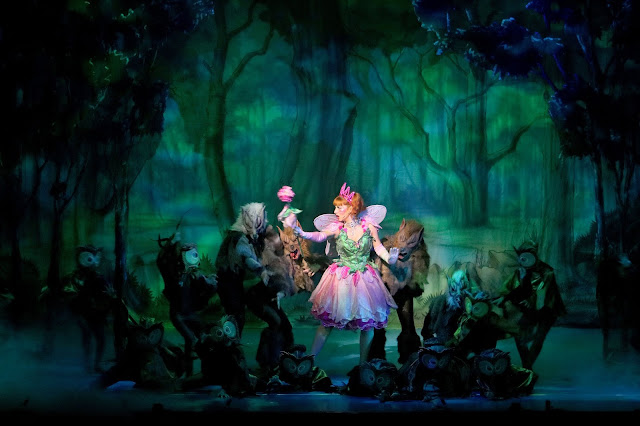 Photo Credit: David Munn Photography
The Prince and The Beast is played by Andrew Geater, who we have watched in panto previously. I remember commenting in my review of 'Cinderella' that he had a commanding stage presence, which was evident again this evening and it makes him perfectly suited for this role. His charm and kindness shone through as the Prince, but he was also able to make a believable Beast with his booming authoritive tone.

Gaston was played by Phillip McGuinness and I absolutely loved his character. With an emphasised accent, bulging biceps and comedy lunges, what's not to like! He had plenty of the adult audience in laughter often and although technically starring as a 'baddie', he definitely had the likeability factor with his super confident and humorous appearances.

Gaston would often appear alongside his 'mummy' Madame Botox (played by Hannah Potts). She was excellent as the pantomime villain, but not too scary for the younger guests in the audience. We particularly enjoyed her performance of 'Human', which was terrific when combined with the lighting and stage effects.

As ever, the lovable Lewis Devine had both children and adults laughing out loud, with his slapstick comedy and sometimes risque jokes. Offering the perfect mix of humour for all ages, he definitely knows how to keep a crowd entertained! Starring as French Frank, his wit and cheekiness make him a firm family favourite and he is someone that we will definitely look forward to seeing again in the future. I was quite literally crying with laughter in some parts and I am sure that I was not alone.

Resident Dame Si Foster brought smiles to our faces, with his comical contributions as Potty Polly. We have seen him perform in several pantomimes now and he never disappoints. Whether delivering well rehearsed jokes or an unplanned ad lib, you can be sure that he will have you laughing throughout. His appearances alongside Lewis Devine, make them the perfect duo who work together extremely well on stage. Potty Polly's costumes were also superb and dazzled with extravagance and amusement.

A special mention has to be given to the supporting dancers who were definitely stars in their own right. The production featured some fast paced choreography, yet even the youngest performers presented this perfectly alongside the leading cast. I am often amazed by how talented some young children are and this was definitely the case tonight, with not only wonderful dance routines but some acrobatic displays too! 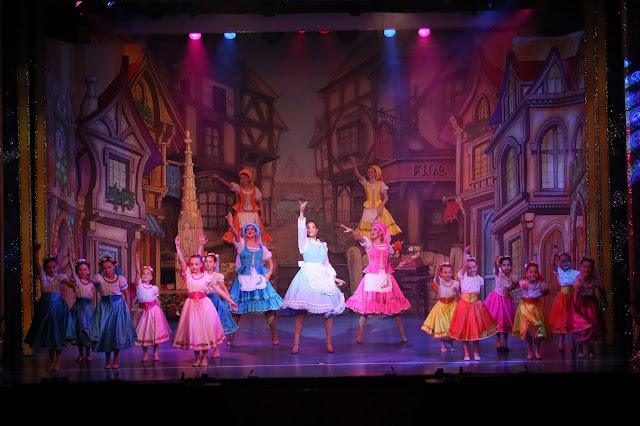 Photo Credit: David Munn Photography
The sets for each scene worked well and we have always been impressed with how much Regal Entertainments can create and display, in what is quite an intimate stage setting. The inside of the Prince's castle was magnificent and majestic, with the village, Belle's home and woodland scenery also looking splendid.

Overall we had a fantastic time at Beauty and the Beast and no sooner had it ended, my five year old asked if we could go and watch it all over again. It was evident that a lot of effort has gone into making this show a great family production, which both the cast and crew should be very proud of. Everything was perfect from the lighting to the sound, the costumes to the scenery and the music to the choreography. Ultimately Beauty and the Beast is a fun-filled family pantomime that is certain to entertain!

Bookings can be made in person at the Theatre Royal Box Office, Corporation Street, St Helens, Merseyside, WA10 1LQ (Mon-Sat 10am-5pm). Alternatively, call 01744 756000 or log on to www.sthelenstheatreroyal.com. 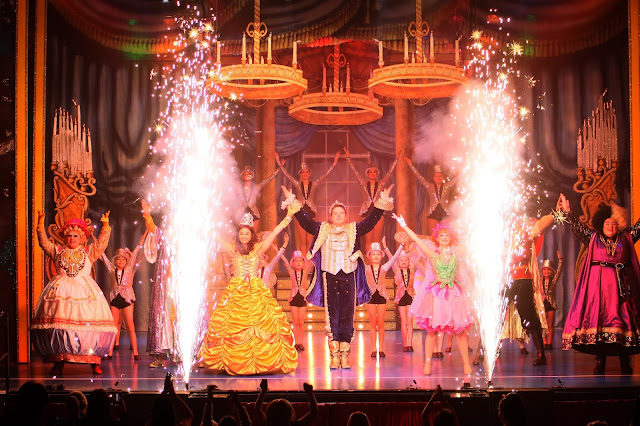 Photo Credit: David Munn Photography
Disclaimer: We were invited to the press night as guests, for the purpose of writing an honest review of the show. Thoughts and opinions are my own unless otherwise stated.
Posted by It's A Family Adventure at 23:45