Last Christmas we visited the Manchester Opera House, to see what my son described as 'The Most Epic Pantomime Ever" referring to Dick Whittington starring John Barrowman and The Krankies. It was one of the highlights for us of the festive period and we loved the show so much that we actually went to see it TWICE! Laden with special effects, comedy and plenty of laughter, it was no surprise to hear that it won the Special Entertainment category in the Manchester Theatre Awards.

When we left the show on the second occasion, we actually spotted some posters advertising this years pantomime of Cinderella. No cast had been announced at that time with it being so far in advance, but it certainly got us thinking as to who could be starring as the Handsome Prince or the Ugly Sisters and whether it could offer the same panto magic that John Barrowman and The Krankies had brought to the stage. Well I am very pleased to say that this years casting does not disappoint!

Cinderella is set to be the Fairy Godmother of all pantomimes and will be playing at the Manchester Opera House from the 8th December to the 30th December 2018. Earlier this year, they announced the first stars to be joining the line-up in what I consider to be sheer brilliance in role choice. The Ugly Sisters will be played by two television icons who are most recently known for their appearance on ITV's Manchester based soap Coronation Street......Connor McIntyre and Les Dennis! 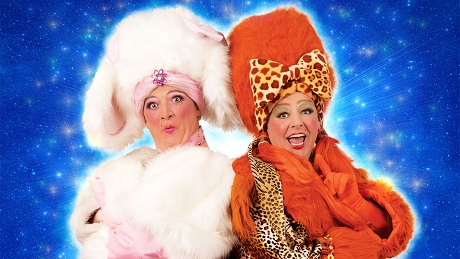 Connor McIntyre recently starred as the ultimate villain on ITV's Coronation Street and quickly rose to fame as Pat Phelan. His evil antics and high-profile storylines quickly established him as one of soap-lands ultimate baddies. Other television credits include The Governer, A&E, Murder City, See No Evil, Wire in the Blood, Law and Order, London's Burning and Casualty with his film roles including The Be All and End All and Charlie Noads R.I.P. He is also no stranger to the stage and has appeared in The Comedy of Errors, One for the Road and Harry's Christmas.

Les Dennis is known for his presenting, comedy and acting, having being a firm family entertainment favourite since rising to fame on the 1974 talent show New Faces. He has had success in prime-time shows such as The Laughter Show and Family Fortunes, having hosted the latter for an incredible 15 years! Other film and television credits include Intimate Relations, Brookside, Hotel Babylon, Merseybeat, Extra's and Life's Too Short. In 2014 he joined the cast of Coronation Street initially as a petty criminal, but won the heart of both Gail Platt and the viewing audience, before his demise at the hands of fellow Ugly Sister Pat Phelan! His theatre work has included roles in Chicago, Spamalot, She Loves Me and Me and My Girl in the West End, as well as UK tours of Art, High School Musical, Hairspray, Legally Blonde and most recently playing the much-loved Uncle Fester in The Addams Family. 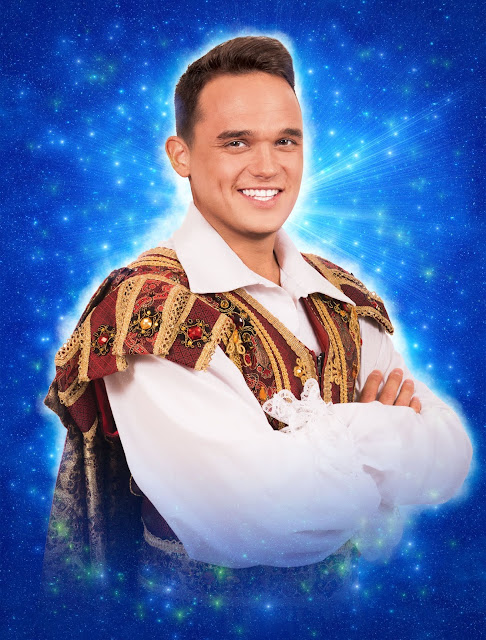 It has also been revealed, that stepping into the role of the handsome Prince Charming, will be the wonderfully talented Gareth Gates, who first rose to fame in 2002 as the runner-up on TV talent show Pop Idol. He has since sold an incredible 3.5 million records in the UK, released three albums and had four UK number one singles. Last year Gareth also opened his new performing arts school in Salford Quays called Fates Academy.

Gareth has appeared in theatre productions, which has seen him play Marius in the 25th anniversary tour of Les Miserables for Sir Cameron Mackintosh, as well as roles in Loserville at West Yorkshire Playhouse and the UK tours of Legally Blonde, Boogie Nights the Musical and Footloose. He has also regularly toured in the concert Mad About the Musicals. Gareth has also appeared on ITV's Dancing on Ice and The Big Reunion.

Michael Harrison, managing director of Qdos Entertainment said: "I'm absolutely delighted that Gareth Gates has agreed to bring his singing talent to our Manchester pantomime this Christmas. I'm sure Gareth will be the perfect ally for Cinderella as she battles the formidable Connor McIntyre and Les Dennis in the guise of her ugly step sisters."

Sheena Wrigley, Theatre Director for the Palace Theatre and Opera House, added "As well as being a terrific singer, Gareth has built an impressive theatre career and also has a great affinity to Manchester, having opened his performing arts academy in Salford Quays last year. He is a fantastic addition to our cast, alongside the previously announced Connor McInyre and Les Dennis, and we're excited to present another high-quality production to our audiences this Christmas."

Further casting is to be announced.

Cinderella will once again be produced by Qdos Entertainment, the world's biggest pantomime producer, with a production that is sure to delight and entertain audiences of all ages. Listing details and information regarding tickets can be found below.

*Disclaimer: This post contains an affiliate link, which means that I may receive a small commission, should you choose to purchase from this retailer.
Posted by It's A Family Adventure at 12:11