Cheshire Fest to Return in 2019 With a Bigger & Better Festival!

Organisers of Cheshire Fest have revealed that the hugely popular family event will be returning next year and have announced dates for Summer 2019. Due to be held at Manchester Rugby Club in Cheadle Hulme, the festival promises to be bigger and better than ever before!

Cheshire Fest will be staged across two days, Saturday 1st June and Sunday 2nd June. Tickets went on sale at 9am on Friday 21st September 2018 and there are some early bird ticket offers available.

The event was unable to go ahead this year on its usual late September weekend due to fixture clashes at the venue, but organisers are excited for a return to the leafy green setting - and with a brand new Summer date in June there are big hopes for an exciting weekend of fun in the sun.

First launched in 2016, Cheshire Fest promises a huge celebration of family entertainment, live music, food and drink in the heart of the Cheshire countryside.

There will be lots of new additions for 2019, with a packed programme that has something for all the family. Further announcements will be made in the lead up to the festival. 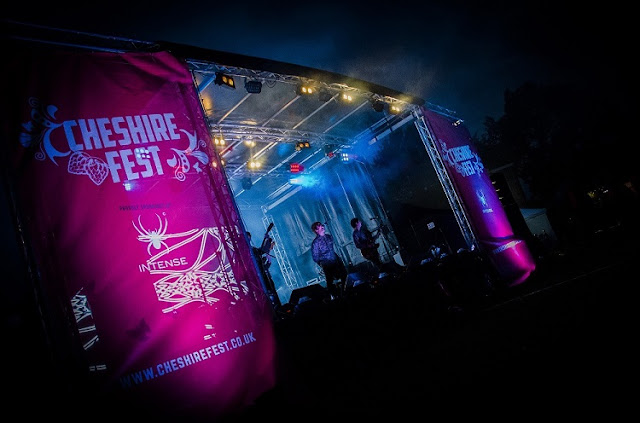 Festival organisers Philip Osborne and Ben Harris commented: "We're absolutely thrilled and delighted to announce Cheshire Fest 2019. We'll be back at Manchester Rugby Club in June next year bigger and better than before - and to top it all, with a new Summer date to really kick-start the festival season. Feedback from last year has been so good and we cannot wait to reveal what we've been planning to take the festival to the next level. We have plenty of surprises to announce and it's going to be a fantastic family weekend."

Live entertainment on the Cheshire Fest Main Stage across the Saturday and Sunday will feature a stellar array of the UK's best tribute acts alongside the region's finest new talent.

The 'Big Hitters' theme on the Saturday promises a line-up of rock and roll, indie pop and festival favourite inspired artists, with Kings Ov Leon tribute band headlining the bill.

Sunday's 'Legends' theme will leave visitors having a good time, as Flash - a critically acclaimed Queen tribute band close the weekend alongside a host of other all-time music greats.

A full line-up for both days is yet to be released.

There will be plenty on offer for young festivalgoers in the all-new Play Park. Building on previous years, the Play Park will be expanded across the site and will pack in a wide variety of activities, interactive workshops, all the fun of the fair with thrill rides, and live entertainment on the Kids Stage.

Exciting programmes for Play Park and the Kids Stage will also be announced.

All this activity will guarantee that visitors have worked up an appetite - and they definitely won't go hungry or thirsty at Cheshire Fest, with the finest selection of food and drink on offer from quality festival traders and local independents.

The Street Food Village will offer a wide choice of international cuisines, vegan and vegetarian options, gluten free, raw-foods and kids menus. There really will be something to cater for all tastes. This impressive food offering will also be complemented by more than 50 cask ales and craft beers, produced by the very best independent breweries across the UK and Europe - as well as a relaxing Gin Garden, Prosecco Bar and plenty of Summer cocktails.

Cheshire Fest 2019 promises to be the event to kick-start Summer, right at the heart of the Cheshire countryside.

Book your tickets now to take advantage of the EARLY BIRD OFFER giving returning visitors the chance to grab a cheap ticket - these will be available for a limited time only. Head over to www.cheshirefest.co.uk for more information.