MAMMA MIA! has arrived in Manchester, whilst embarking on its current UK tour and what a fabulous feel-good musical it is! The show first opened at the Prince Edward Theatre some 19 years ago now and also recently celebrated its 17th anniversary in London's West End. Having achieved worldwide success MAMMA MIA! is everything you could hope for in a musical and more. After watching the show last night, I can now completely understand how it has gained such popularity around the globe.

Featuring an all round wonderful cast, the show tells the story of a young lady called Sophie, played by Lucy May Barker, who throughout her life has been unaware of who her father really is. Sophie finds her mother's diary and discovers that there are three men that could all potentially be her dad, so she reveals to her bridesmaids that she has invited each of them to her wedding.

Sophie believes that she will soon know which of them is her father, however on meeting them she soon realises that it will not be as simple as first imagined. Each man has their very own individual traits and personalities, with interests and mannerisms that could also be reflected in Sophie, making her quest appear an impossible task. In turn this also leads to Sophie's mum Donna (Shona White) having to face her past and we are led through a charming, delightful and funny story that is told through the songs of Abba.

Admittedly I have never seen this musical before, nor have I ever watched the film and I was therefore intrigued by the storyline and how the songs of Abba could collectively tell a tale. This soon become apparent though and the combination of drama and well known songs had the audience both captivated and singing along from start to finish. 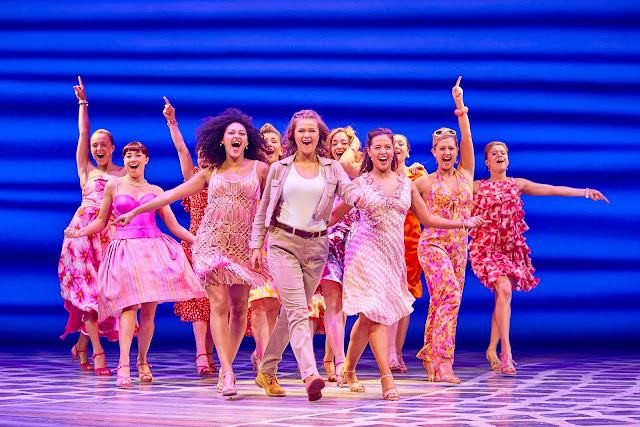 Sophie's chemistry with Sky (Phillip Ryan) was superb and they worked extremely well together on stage. Supported by a wonderful ensemble, all acts were delivered with slick professionalism and perfectly timed choreography that just made you want to get up and dance with them.

Donna's best friends Rosie (Nicky Swift) and Tanya (Helen Anker) provide plenty of laughter and when on stage together there was a genuine feel of friendship and sisterhood. Once we were also introduced to Sophie's three potential fathers, another comedic element was established. Tamlyn Henderson stars as Sam Carmichael, Daniel Crowder as Harry Bright and Matthew Rutherford as Bill Austin, and each actor exhibited both individuality and creativeness that brought a great deal of amusement to the audience.

There were certainly some stand out performances, with Helen Anker's rendition of 'Does Your Mother Know' proving to be very popular and rightly so. This scene not only possessed fantastic vocals and some very memorable dancing, but it was also packed full of fun that made you laugh out loud.

Shona White certainly shone like the star she is, with some breathtaking performances during the show. Her character as the mother Donna Sheridan seems well suited and I loved that through her fiesty and independent personality she also exhibited moments of insecurity and emotion, which made her portrayal completely believeable. My personal favourite though was when she sang 'The Winner Takes It All' and her vocals were absolutely superb. There is no doubt at all that she can certainly hold a note, and I looked forward to each time that she appeared on stage.

A special mention also has to be given to Matt Jordan-Pidgeon as Pepper whose cheeky and confident persona provided plenty of entertainment. His beaming smile and facial expressions, superbly complimented his enthusiastic performances and made him a very likeable character. 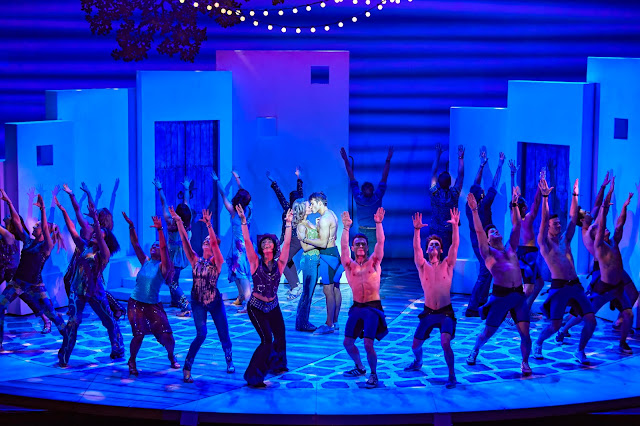 Photo Credit: Brinkhoff/Mãgenburg
Overall I highly recommend this show and the standing ovation at the end was very well deserved. Everyone was on their feet clapping and dancing along and the aisles were full of audience members having a great time and just loving life. If a production is capable of bringing a smile to so many faces then it has absolutely done it's job. Well done to all the cast and crew involved in Mamma Mia! for not only a wonderful performance, but for the happiness you created throughout the theatre. Bravo!

You can catch MAMMA MIA! at the Palace Theatre, Manchester until the 14th July with a signed performance and audio described performance also available. Full listing details below. 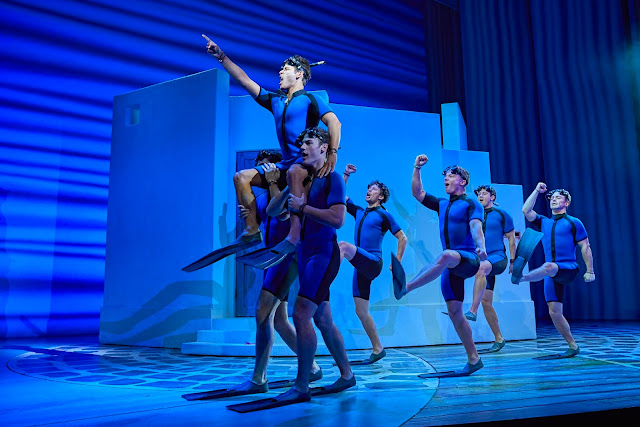 Photo Credit: Brinkhoff/Mãgenburg
Disclaimer: I received press tickets for the purpose of writing an honest review of the show. Thoughts and opinions are my own.
Posted by It's A Family Adventure at 12:41