Jack and the Beanstalk at the Epstein Theatre, Liverpool - A Review

We arrived at the Epstein Theatre yesterday afternoon after experiencing a very wet bank holiday journey to the venue. My daughter and I were very pleased to get inside the dry warmth of the theatre and took our seats in the stalls, just in time for the start of the show. The audience was full of excitement from both children and adults alike and we all sat in anticipation as the pantomime began.

Ray Quinn stars in the leading role of Jack and several jokes were made throughout the panto that referred to his multi-talented skills. Ray is not only an incredible singer, but also an actor, dancer and ice skater. Apart from the ice skating, the audience were treated to excellent examples of his talents and it soon became apparent that he had been perfectly cast for the role of Jack. Ray Quinn exhibits such a friendly and likeable persona that his presence on stage was well received by audience members. All of his appearances during the show were performed with such confidence, that I think it would be quite impossible to not enjoy his wonderful portrayal of the character Jack. 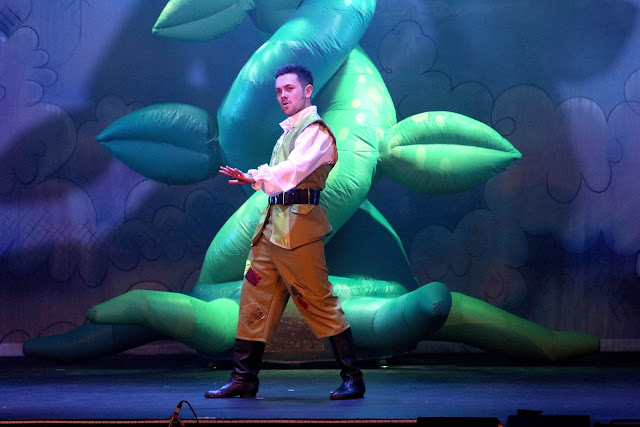 Claire Simmo as Fairy Moonbeam provides Jack with a helping hand, ensuring that he has everything he needs to save the day! She excelled in this role and brought an element of magic and charm to the production. Although a familiar voice from Radio City's breakfast show, this was the first time I had actually seen her in theatre and was pleasantly surprised by her wonderful singing ability. Regularly accompanied by sparkles and pyrotechnics, her scripted rhyming lines, helped to build the perfect pantomime!

Mia Molloy stars as the beautiful Princess Jill who provided a beautiful rendition of the song 'This Is Me' which was just marvellous. Her voice was also well suited for duets with Jack (Ray Quinn) and both had an excellent stage presence when performing together. 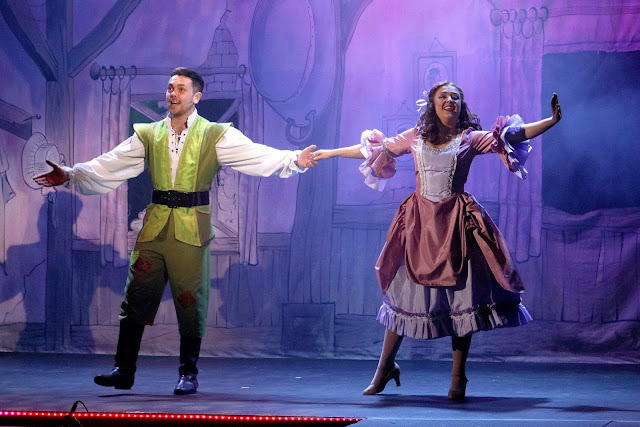 A special mention has to go to the hilarious Michael Chapman as Dame Trott, who had me in absolute stitches for the majority of the night. I had done a bit of research prior to the show and had seen some great reviews from some of his past performances, so I was excited to see if he could live up to my expectations.  The truth is, he far exceeded them, as even when not speaking on stage his facial expressions, dancing and costumes were just hysterical. So much so, that I struggled to take my eyes off him for the most part, with his dancing by Daisy the Cow being a particular highlight for both my daughter and I.

Dame Trott threw in plenty of innuendo for the adults in the audience and my daughter did ask on several occasions what I was laughing at. This is what makes the ideal pantomime though, something that can be enjoyed by all ages, with cleverly placed jokes that would simply go above a child's head, ensuring that us parents can have an excellent evening of entertainment too. Well done!

Michael Chapman not only stars in Jack & the Beanstalk but also wrote and directed the show too. He is clearly an extremely talented individual and I look forward to seeing him again in future productions. 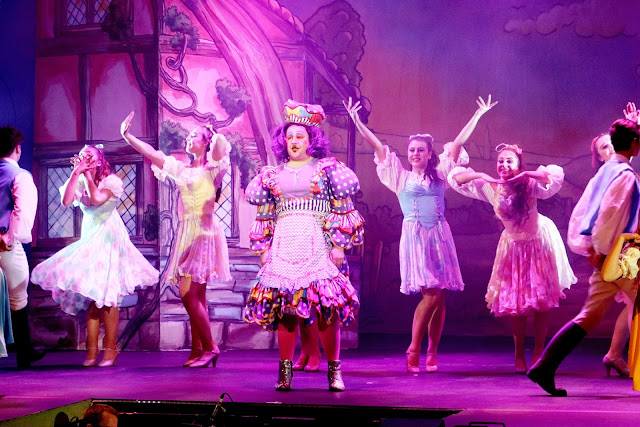 Plenty of laughs were also provided by Silly Billy, who was played by Lewis Pryor. He became an instant hit with the children due to his high energy and enthusiasm. There was one part of the show where he was chased into the audience by Dame Trott and he climbed into our row of seats much to my daughters delight. His charm and wit made him instantly lovable and a fast paced, tricky musical number involving rap, helped to highlight his fantastic performance skills. 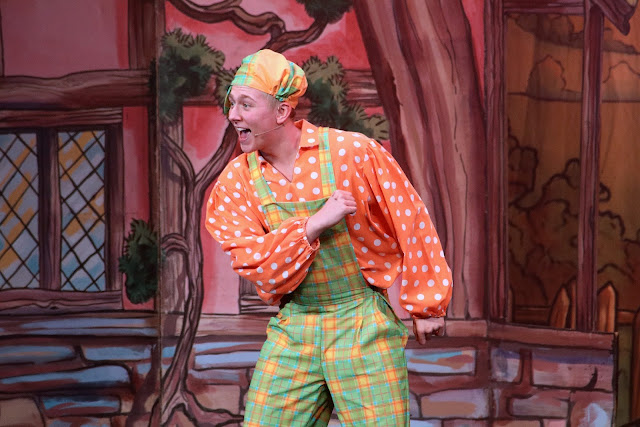 Of course no pantomime would be complete without a baddie and Jack and the Beanstalk is certainly no exception. Lindzi Germain plays the role of Fleshcreep, who is the evil accomplice to The Giant. Her powerful and assertive voice made her the perfect villain and she certainly encouraged many boos from the audience. Lindzi's musical performance of 'Evil' was brilliant and the well choreographed routine with the senior dancers, certainly helped set the scene for the wicked Giant's castle.

Both the senior and juvenile dancers all contributed enthusiastically to the show and it was lovely to see so many children enjoying their time on stage. I was also very impressed with both the sound and lighting as I could see and hear every cast member perfectly, which made the musical numbers very enjoyable to watch.

Overall we found Jack & the Beanstalk to be a fun, family-friendly pantomime that I would happily go and see again. The much loved fairy tale has been amended somewhat, in order to suit a pantomime version, however the basics of the traditional story are there and it works very well on stage. The show offers all of the much loved elements of a panto, with the closing applause demonstrating it's popularity amongst the audience. The show is taking place every day until Sunday 8th April and for further information or to book tickets, please see the listing details below. 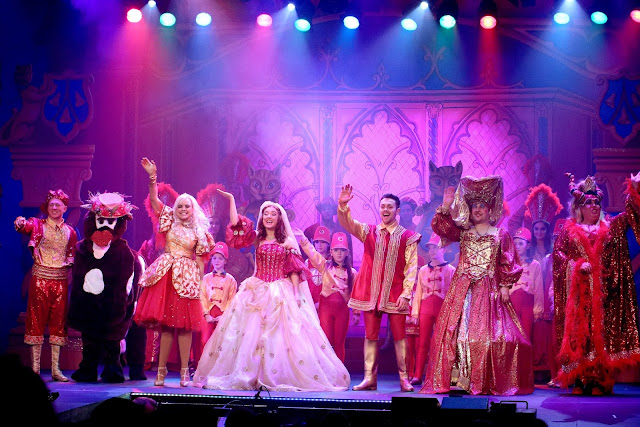 Important Note: Ray Quinn will not be appearing in performances on the 6th, 7th and 8th of April.

Alternatively you can book tickets via TicketQuarter by calling 0844 8000 410 or visit www.ticketquarter.co.uk.

*Disclaimer: We were provided with tickets for the press night, for the purpose of providing an honest review of the show. All opinions are my own unless otherwise stated. Photographs taken by David Munn Photography.