Once upon a time, you would have to wait until Christmas if you wanted to enjoy the family fun of a pantomime. However, in recent years the popularity of these shows has certainly been recognised, with both Easter and Summer pantos now becoming more common. As a theatre lover, it is great to see an increase in family orientated shows being available throughout the whole year and a pantomime can also offer the perfect introduction to live entertainment for young children.

I have read many great reviews of pantomimes that have been held at St Helens Theatre Royal in the past, so when the opportunity arose for us to go and watch Regal Entertainments magical Easter production of Cinderella we literally jumped at the chance. We regularly review shows in the North West region, but this was actually the first time that we had visited St Helen's Theatre Royal, so it was also nice for us to be able to visit a venue that we had not been to before.

Cinderella has been described as a fun filled show that has something on offer for the whole family and I would definitely have to agree. It is packed full of comedy, music, singing and dancing that not only brings a smile to your face, but has you moving and clapping in your seat too! Magic and enchantment also features throughout with sparkling costumes, a fabulous fairy tale carriage and a stellar cast.

Lee Latchford-Evans 'steps' into the role of Prince Charming fantastically well and is really suited for the part. His charismatic and bright personality shine through and with a notably strong singing voice, his musical performances throughout the show do not disappoint. Despite being best known for his role in STEPS, Lee is also an accomplished actor who has starred in musical theatre, film, TV and pantomime over the years. His casting in this show certainly helped to make it a 'steptacular' one and the end performance that featured a STEPS medley, was an absolute delight to watch and sing along to. 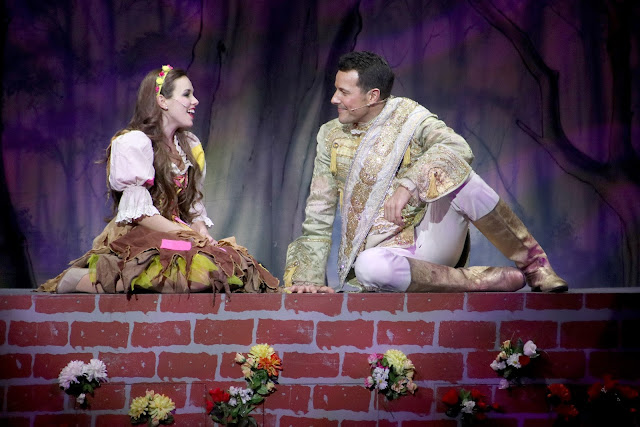 Photo Credit: David Munn Photography
Georgina Parkinson plays the beautiful Cinderella and my children really enjoyed her vocal performances. She had many scenes with Lewis Devine as Buttons and we all felt that they both worked really well together. Buttons managed to build up a good rapport with the audience throughout the show with his comical timing and jokes which helped to ensure the pantomime tradition of audience participation. 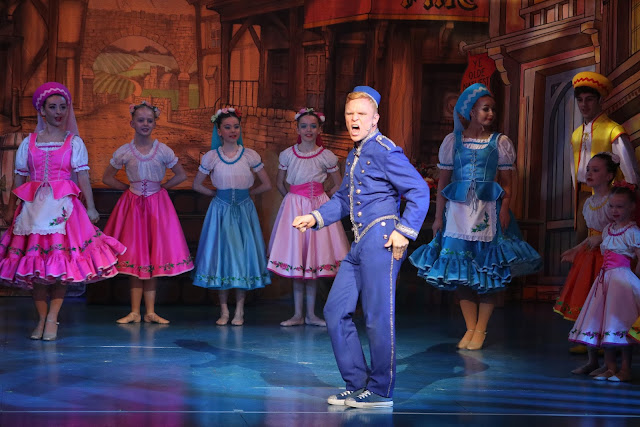 Photo Credit: David Munn Photography
Starring as the Fairy Godmother is Samantha Palin, whose singing voice was so powerful and amazing that it was a pleasure to listen to. It was no surprise to then read in the brochure that she has starred as the lead vocalist on board some of the worlds most prestigious cruise liners. There was one part of the show where she wowed the audience and even my husband (who is not easily impressed) turned to me and said her voice was incredible. Andrew Geater also features in the cast as Dandini, who has a very commanding stage presence.

The highlight for me though was of course The Ugly Sisters who brought some added comical value to the show. Resident Dame Si Foster was wonderful and was already a favourite of ours from his appearance in the Wizard of Oz, that we saw during it's Stockport run last year. Teamed up with Mark Newell to make the Kylie and Kendall Ugly Sisters double act, they created some wonderful laugh out loud moments, that were matched by equally impressive costumes. 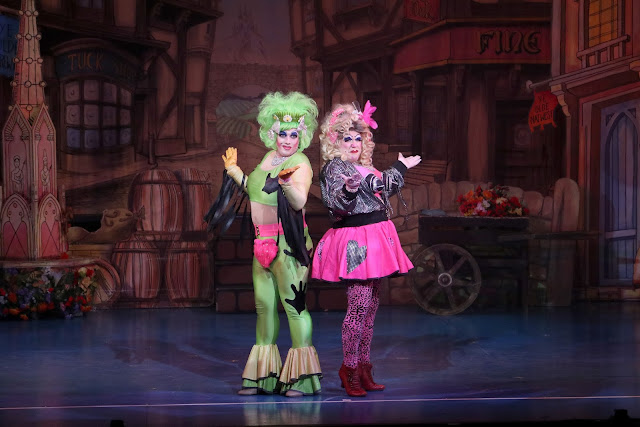 Photo Credit: David Munn Photography
The set worked well for such an intimate theatre and the closing scenes of part 1 where the fairy tale carriage was created was magical. My youngest son was captivated as he watched the transformation of the pumpkin and was completely surprised to see real Shetland Ponies up on the stage. Credit must also be given to the young dancers who help to make this particular scene so marvellous. 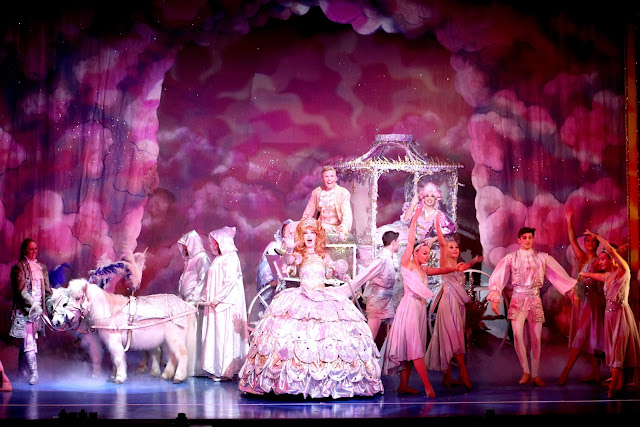 Photo Credit: David Munn Photography
After the interval, we were treated to a very special interview with Button's best friend. I won't reveal too much about this as I wouldn't want to spoil the surprise, but my children thought it was absolutely hilarious. Comedy was a very strong part of the second half with plenty of entertainment to provide some good belly laughs. This combined with the dazzling ballroom display and the spectacular finale made it the perfect pantomime to enjoy together as a family.

The music featured during the panto had been selected well, with a combination of 80's favourites such as 'Holding out for a Hero' and some modern day chart toppers such as Rita Ora's 'Anywhere'. As the show progressed though I began to wonder why the audience had not been treated to a performance of a STEPS song, given Lee Latchford-Evans inclusion in the cast. However, this was simply a case of saving the best til last and sure enough the closing moments of the show provided the audience with an incredible STEPS medley. This not only sounded brilliant, but looked fantastic on stage too with the perfectly timed dancing of the whole cast.

Overall we think that Regal Entertainments Ltd have done a fantastic job of producing a family pantomime that is suitable for all ages. We all thoroughly enjoyed the show and with ticket prices starting from only £13, it is the perfect show to keep everyone entertained during the Easter holidays.

Tickets - From £13*
*All prices are inclusive of a £1 per seat transaction fee. On-line bookings are subject to an additional 50p per seat on-line processing fee. 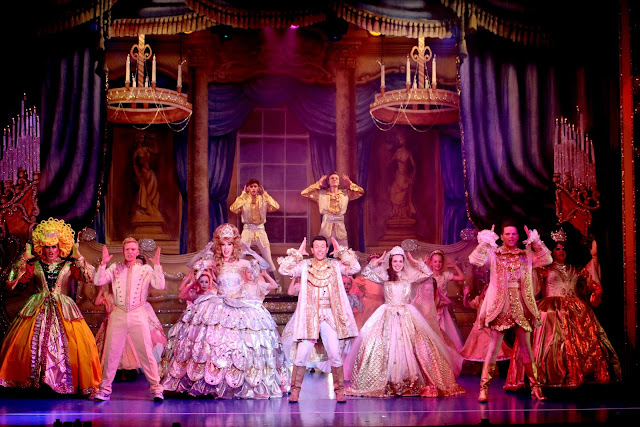 *Disclaimer - We were provided with complimentary tickets for the purpose of this review. All opinions are our own unless otherwise stated. Photographs by David Munn Photography.