Storyhouse has revealed its exciting programme of children's shows for the Spring Season 2018 - promising plenty of fun for all the family at the Chester theatre.

With four fantastic shows, written and produced specifically for children, there's no excuse for youngsters to be bored during the half-term break or the coming months.

The first show to take to the stage this season is Captain Flinn & The Pirate Dinosaurs 2: The Magic Cutlass on Tuesday 20th February.

Based on the best-selling children's books, Flinn, Pearl and Tom are in the middle of their school play when their old nemesis, Mr T the T-Rex, appears and kidnaps them, forcing the children to hunt for the secretive Magic Cutlass - a sword that grants the holder any wish. 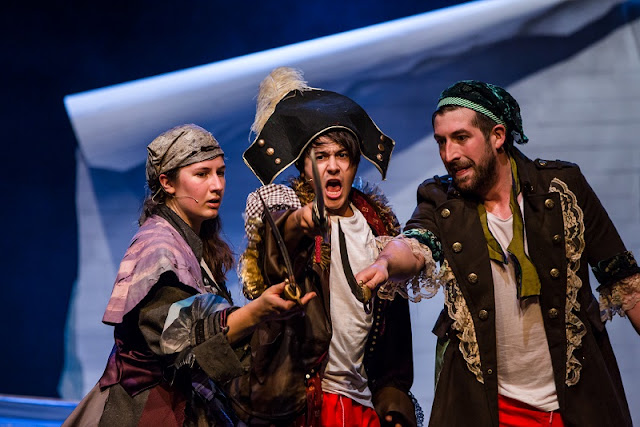 Young fans of dinosaurs have a real treat to look forward to on Saturday 7th April and Sunday 8th April when Dinosaur World Live comes to Storyhouse.

Dare to experience the dangers and delights of the dinosaur world with this incredible interactive show. Youngsters are invited to join an intrepid explorer  across unchartered territories to discover a pre-historic world of astonishing (and remarkably life-like) dinosaurs. Meet a host of impressive creatures, including every child's favourite flesh-eating giant the Tyrannosaurus Rex, a Triceratops, Giraffatitan, Microraptor and Stegosaurus.

Dino fans can meet their favourites during a special meet and greet after the Dinosaur World Live performances. 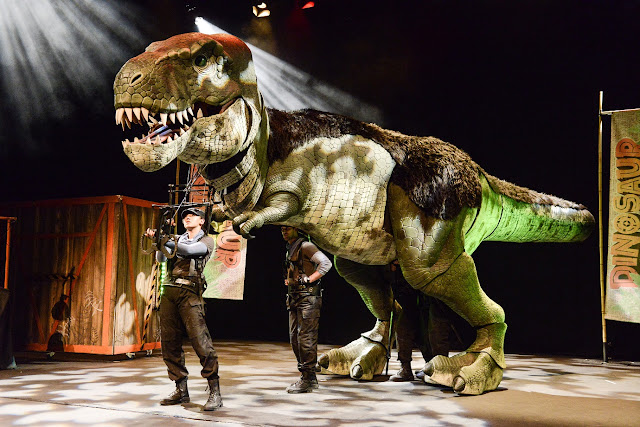 The mischevious and hilarious Gangsta Granny takes to the Storyhouse stage during the Easter Holidays, on Wednesday 11th April to Saturday 14th April.

Based on the books by the best-selling children's author David Walliams, Gangsta Granny and her grandson Ben are about to embark on the adventure of a lifetime together. This award-winning West End production is brought to stage by the acclaimed producers of Horrible Histories.

Fans of dance and music are also catered for as world music group Kabantu return to Storyhouse on Wednesday 21st February. After proving to be a big hit at the Chester venue last June, the quintet perform as part of their Debut Album Tour, which has been produced by Mercury Prize nominated Gerry Diver.

Storyhouse Artistic Director Alex Clifton said: "We are thrilled to present such a varied and exciting programme for families over the coming months. Following the success of our Christmas show, The Secret Seven, we want to continue to engage families and young people as much as possible Whether that's seeing a show in the theatre or creating something together in the children's library."

Storyhouse is also producing its annual WayWord half-term festival between the 17th-24th February. The week-long festival is dedicated to families and young people, and features Gruffalo illustrator Axel Scheffler, silent discos, stand-up comedy for kids, a raft of workshops, tea-time movies and free arts and crafts.

Tickets for all events are on sale now and can be booked online, over the phone, or in person at the theatre.

Storyhouse has a dynamic pricing policy on the majority of shows, ensuring that the earlier you book your tickets, guarantees the best seats at the lowest price.

For further information on these events and more, please visit www.storyhouse.com
Posted by It's A Family Adventure at 20:41