With Christmas out of the way, January brings another two expensive events for our family as my son Ben has his birthday at the beginning of the month, followed by my other son Riley a couple of weeks later. This means that we really need to budget well over Christmas and throughout January, to make sure we can afford everything to make our boys birthdays special.

One thing that really assists us with this is the January sales, as we are able to pick up some great bargains that can help us to save money and prevents us from having to spend too much. One of our favourite stores to go bargain hunting in is B&M Stores as we have a huge shop just less than a mile away from our home and there is always plenty in store. We particularly love their homeware range and toys selection as there is a great choice to choose from, which helps to make a shopping trip enjoyable.

My youngest son Riley absolutely loves building, this can be anything from constructing vehicles, to creating little houses. He will use anything he can find to do this including building bricks, wooden blocks or even cardboard boxes that he quickly takes from me when any post arrives! I therefore recently visited my local B&M Stores to look for some construction toys that I could add to his birthday present collection. There was certainly no shortage of items to choose from! After a good browse around, I found some fantastic bargains that were just perfect for what I had in mind. For less than £20, I managed to pick up this fantastic haul: 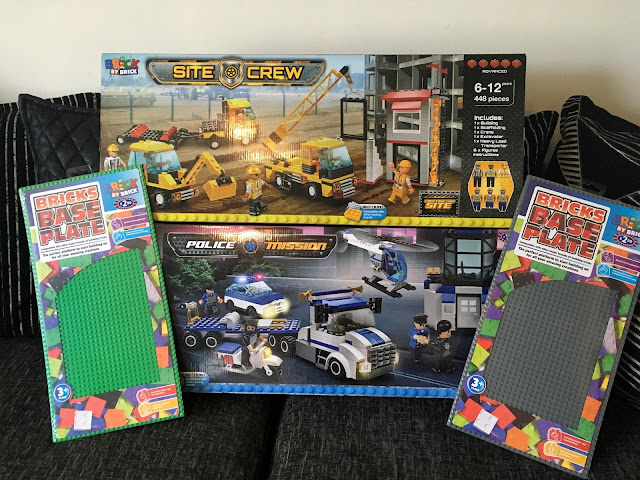 Firstly I noticed the Brick by Brick Police Mission set on the top shelf. I saw the £14.99 price sticker, but underneath there was a large mega value label on the shelf stating a price of only £6.99. I thought this was actually an error as it seemed so cheap, so I grabbed one of the boxes and took it to the till to have it price checked. I couldn't believe it when the shop assistant confirmed the price. 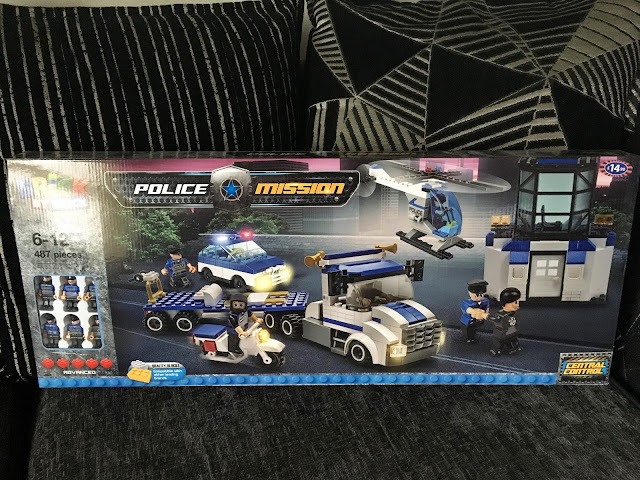 The set contained a humongous 487 pieces which gave you the opportunity to build all the following items:


The set also came complete with 6 individual figures and a set of instructions. It also stated on the box that it was compatible with other brick brands, so this meant that Riley could combine these bricks with his existing toys and that sounded like a winner to me!

On my return to the toy aisle, I noticed that there were some different sets in the same range. Realising that this was a bargain not to be missed, I had a look at the other choices that were available. One of them consisted of a dinosaur and some vehicles and the other was of a construction yard. I decided to opt for the construction set as Riley loves diggers and again I was very impressed with what the box included. 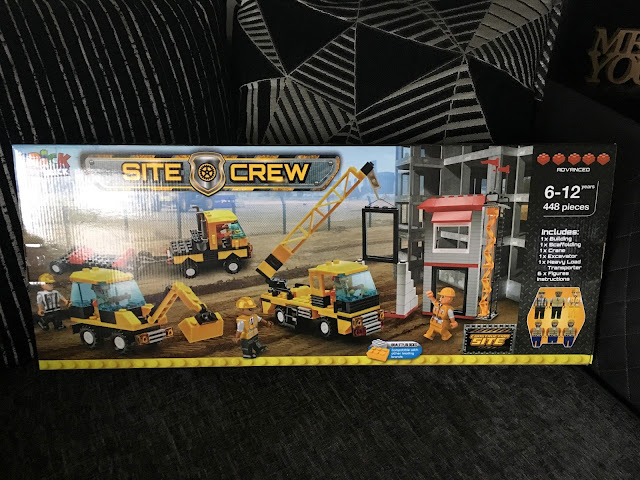 The Brick by Brick Site Crew Collection contained 448 pieces which allowed you to build the following:

Again this box also included six figures and a set of instructions to help with the building process. This meant that for only £13.98 I had managed to purchase over 900 building bricks. Bargain!

I also wanted to buy some large base plates for Riley to build on, I wasn't sure if B&M would sell these, but I soon found them located a little further down the same aisle. 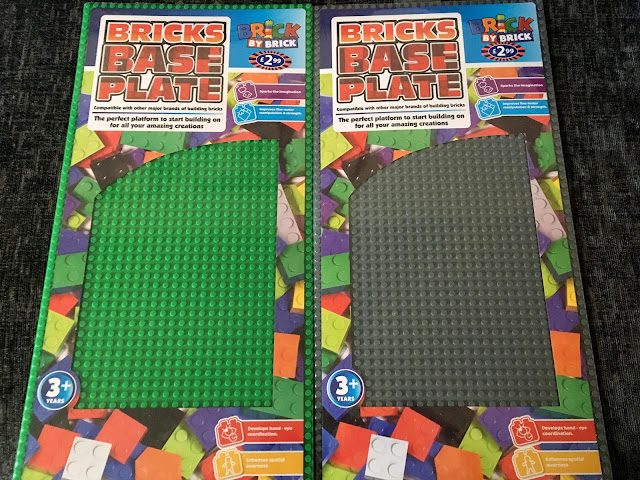 These base plates were only £2.99 each and were ideal for Riley to be able to build his creations on. We have only had smaller base plates previously, but these were really large and meant that he would be able to build several buildings on them with ease. I opted for two different colours just for some variation and again I was pleased to see that these were compatible with other building block brands. This took the total price for all of thes items to only £19.96 which I think is excellent value for money!

B&M is now one of the leading variety retailers in the UK and it is easy to see why. Stocking a great range of both value and top brand products, there are now an incredible 560 stores across England, Wales, Scotland and Northern Ireland. If you aren't sure where your nearest one is, then you can use this handy store finder tool that is available on the B&M Stores website.

As you can see I chose to make my money go that bit further by purchasing some toys that I know Riley will love. However, B&M also have some amazing products across all their ranges in the January Sale and you can view some of these online on their website, or keep up to date with the latest offers by following the B&M Social Media Channels which are: 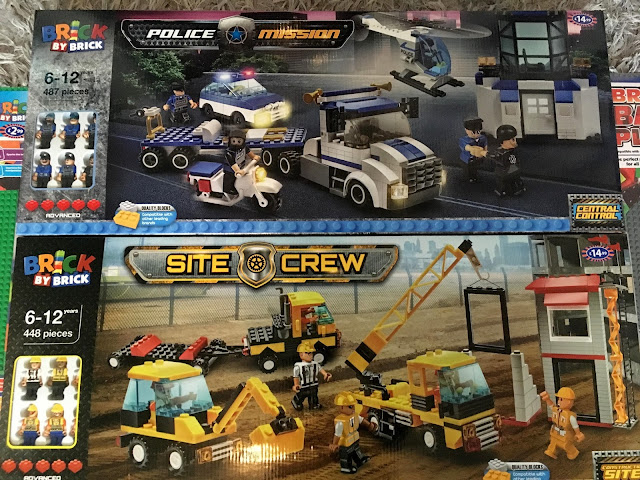 *Disclaimer - This is a collaborative post with B&M Stores. I received £20 vouchers to purchase items of my choice for the purpose of this review.