Get ready to go on a magical adventure over the rainbow with Regal Entertainments and their enchanting February Half Term pantomime production of The Wizard of Oz. The show will be heading to the St Helens Theatre Royal from Tuesday 13th February to Sunday 18th February and will be sure to delight the audience with a great selection of brilliant songs and show-stopping choreography.

After the show's success whilst touring last year, which included playing to packed-out auditoriums in Stockport, Southport, Rhyl and Liverpool, it is now coming back to St Helens due to a huge demand. 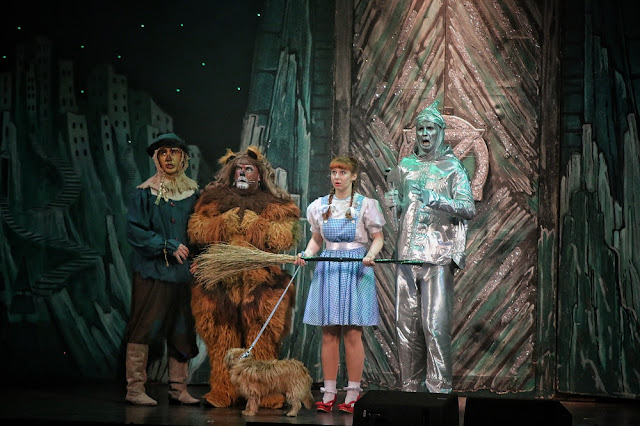 Starring BBC's Pitch Battle star Maddie Hope Coelho as Dorothy, this magical show is sure to put a smile on the faces of even the meanest of munchkins. Maddie trained at Laine Theatre Arts, West End MT and the Royal Ballet School. Her theatre credits include Fairy Goodapple in Snow White and the Seven Dwarfs, Mary Margaret in Singin' in the Rain as well as appearances in Sleeping Beauty and Aladdin.

Click your heels together and join X-Factor's David Heath as the Scarecrow, the brilliant Philip McGuiness as the Tin Man, the loveable Si Foster as the Cowardly Lion, and the adorable little dog Toto, as they follow the Yellow Brick Road to the Merry Old Land of Oz to meet the Wizard so he can make their dreams come true.

David Heath was a contestant on ITV's The X Factor back in 2006 as a member of boy band Eton Road. Since his time on the show he has turned his talents to theatre with credits including Billy in Wag -The Musical, as well as pantomime leading men including Aladdin, Prince Valentine in Snow White and Prince Valiant in Sleeping Beauty.

Guaranteed to give an oil-slick performance as the Tin Man, the charming Philip McGuiness is a panto regular, having previously played Gaston in Beauty and the Beast and Captain Hook in Peter Pan.

Finally, Si Foster is no stranger to the St Helens Theatre stage, or to a panto, he is back as the Cowardly Lion, searching for courage from the Wizard. 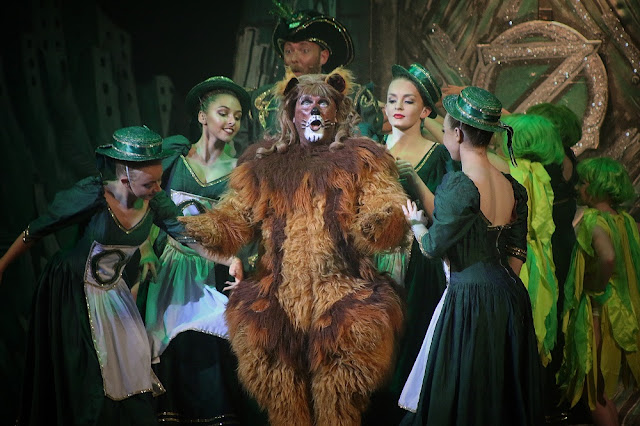 The Wizard of Oz is a firm family favourite which tells the story of young Dorothy Gale and her dog Toto as they embark on a wondrous adventure over the rainbow in the magical land of Oz. So why not join Dorothy, Toto and all their new friends Scarecrow, Tin Man and Lion as they journey down the Yellow Brick Road to The Emerald City om search of the Wizard of Oz who can make all their dreams come true.

Wizard of Oz Producer, Chantelle Nolan said: "We are so excited to bring The Wizard of Oz back to the theatre for February half term. The show was a roaring success, not just in St Helens, but on tour too. I know that people are just as excited to see the show again as I am, so get your tickets soon, before they sell out!"

Tickets - From £14*
*All prices are inclusive of a £1 per seat transaction fee. On-line bookings are subject to an additional 50p per seat on-line processing fee.