My children and I attended this show last night, a little unsure of what to expect. We watch the film every year and it has always been part of our Christmas tradition to watch it on Christmas Eve, but I was slightly sceptical beforehand as to how it would work as a stage production. I had read the preview, so I was aware that just like the film, there was no dialogue, but that the show would be full of music, mime and dance. As someone who studied both music and dance in college, this really appealed to me, but it did leave me questioning as to how the children would take to it. Would they enjoy it & understand it, or would they become bored?

I certainly shouldn't have worried however, as our evening at the Manchester Opera House left us feeling magical. The performance took us on an amazing journey through a wintry world of fun and adventure, which had my children captivated from the very beginning. The Birmingham Repertory Theatre production of The Snowman was not only fascinating to watch, but also left a feeling of enchantment amongst the audience, who were all observing the mesmerising choreography that really brought the characters to life.

The show begins in the young boys home and we watched as he woke from his sleep, to find heavy snowfall outside. His expression of excitement reminded my son of the last time we had snow and how happy he had been to play outside. We observed as the boy had fun outdoors, just waiting for the moment that he decided to build The Snowman! The opening scenes also contained humour, that created some laugh out loud moments. My son particularly enjoyed the part where the boys mother was trying to get him to go to bed, but he had other ideas and was misbehaving instead. This is certainly a familiar routine in our home, which I think was why my son found it so funny.

Once The Snowman had been built, the magic really began and we watched with excitement as The Snowman came to life. He entered The Boy's home and we enjoyed scenes in different rooms of the house as they both explored together mischievously. Each scene brought something special into the production and this ranged from dancing fruit attempting the limbo in the kitchen, to toys coming to life in The Boy's bedroom. I thought that Tomoyo Tanimoto Jaquier's representation of the music box ballerina, was absolutely beautiful and we were also treated to another breathtaking performance by the enchanting dancer, when she returned as the Ice Queen later in the show. 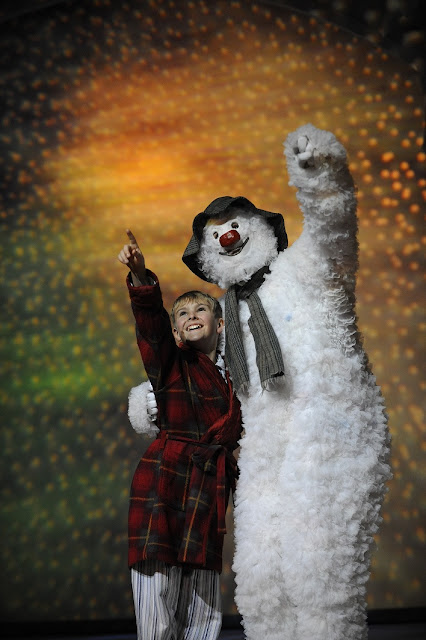 Photo Credit: Alistair Muir
The woodland scene that followed featured some beautiful animal costumes and my daughter commented that she thought the squirrel one in particular was fantastic. We were treated to more humorous elements as the animals tried to avoid The Snowman as he excitedly steered a motorbike with his enthusiastic passenger across the stage.

As the interval approached, the moment came that we had all been waiting for, as The Snowman and The Boy took to the sky for the iconic song 'Walking in the Air'. There were gasps amongst the audience as the duo flew across the stage, whilst I remained mesmerised by the music which is always magnificent, no matter how many times you have heard the song before. The song bridged the interval so we were given the chance to enjoy this moment again at the start of the second half.

As the show continued, we were introduced to more Snowmen, as well as the delightful Father Christmas himself, with each character being individually charismatic. My children absolutely loved it when they all danced together and the music made me want to get up on stage and dance with them. 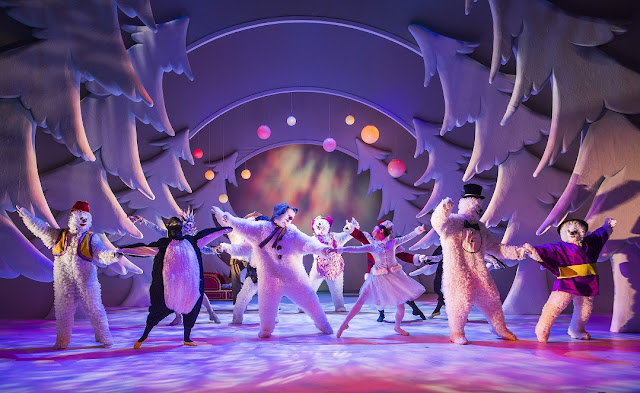 The introduction of Jack Frost brings another element to the show, but nothing that was too scary to frighten younger audience members. The Scottish Snowman ensures in comedic fashion that Jack Frost causes no further problems and both The Snowman and The Boy return safely home.

The whole production is inspirational and features the perfect blend of accomplished performances, choreography, humour & emotion. I had chosen to only bring my two older children aged 9 & 11 to The Snowman thinking that it would not have been suitable for Riley who is 4, however I genuinely believe that this show is perfect for all ages and would capture the hearts of all generations. The young girl in front of me who was the same age as Riley sat beautifully throughout the show and I also noticed children who looked younger than Riley enjoying it too, which makes me very tempted to take him.

Emma and Ben talked non stop on the train journey home about their favourite parts and it was interesting to hear how they had each noticed different things and that the show had appealed to them in unique ways. One thing we all agreed on, was that the show had truly got us in the Christmas spirit and more excited than ever for the coming weeks ahead. The Snowman production is a beautiful story told on stage and we would highly recommend it to others.

The Birmingham Repertory Theatre Production of The SnowmanTM 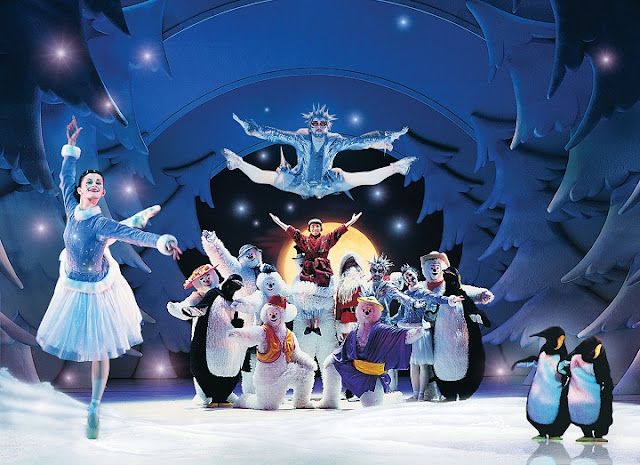 Photo Credit: Herbie Knott
* Disclaimer: We were provided with complimentary tickets to the show for the purpose of providing our honest opinion of the production. All opinions are my own unless stated otherwise. This post contains an affiliate link.
Posted by It's A Family Adventure at 12:27