PJ Masks - Time to be a Hero DVD - Review

PJ Masks is a hugely popular preschool TV Show by Entertainment One (eOne) that has all budding young superheroes captivated, as they follow the exciting adventures of a trio of friends, who work together to become an unstoppable team. Accompanied by a catchy theme tune and great stories, the DVD is sure to be a hit with any PJ Masks fans.

My son Riley absolutely loves PJ Masks, so we were really excited to learn about its first ever DVD release, that soared into stores & online demand sites earlier this week on the 30th October. Riley was first introduced to PJ Masks last year, when he began to watch the Disney Junior TV channel. He became an instant fan and loves to sing and dance along to the song, as well as dress up as his favourite character Gekko.

PJ Masks - Time to be a Hero, features six fan-favourite episodes and follows the exciting adventures of Connor, Amaya and Greg. The three friends attend school like everyone else, but when something goes awry in the city, they get ready for their mission.

As day turns to night, the heroes put their pyjamas on and activate their animal amulets. They magically transform into their dynamic superhero alter egos: Catboy, Owlette and Gekko and become the fantastic PJ Masks team. 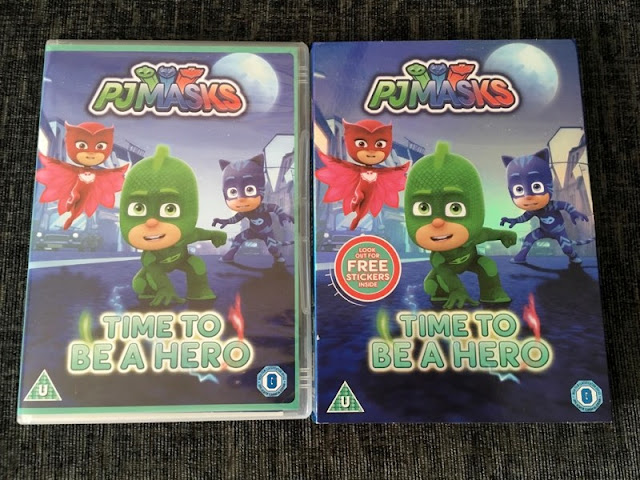 The episodes featured on the DVD are:


Our copy of the DVD arrived just before Riley went to school, so he was excited all day about coming home and being able to watch it. The DVD is approximately 72 minutes long, so it was perfect for me to put it on and know that he would be settled for over an hour, whilst I could prepare dinner. I could hear him singing along to the theme tune, as well as shouting out some of his favourite catchphrases such as "Into the night, to save the day". 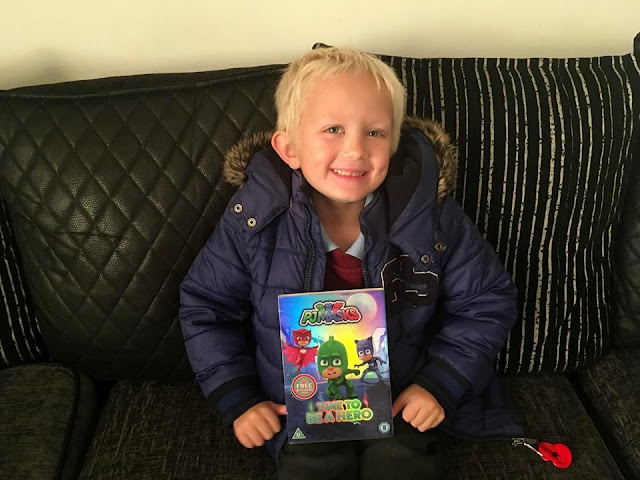 Once I had dinner in the oven, I was able to sit down and enjoy the remainder of the DVD with him. Despite being an adult, I actually really enjoyed the episodes and I like the fact that they tell a story as well as teaching valuable lessons along the way. Riley really enjoys watching them solve the mysteries and working together as a team, so it is great to now have a DVD that we can put on at any time.

Riley enjoyed the DVD so much that when we went on holiday this week, it was the first item he packed in his little suitcase. We were staying in a luxury lodge and I knew that there was a DVD player available, so it was great to be able to take this away with us. It meant that in between visiting attractions and going out in the evening, Riley was able to watch one of his favourite programmes over and over again, as well as introducing his Nana and Grandad to the wonderful world of PJ Masks and getting them to watch the episodes with him too. 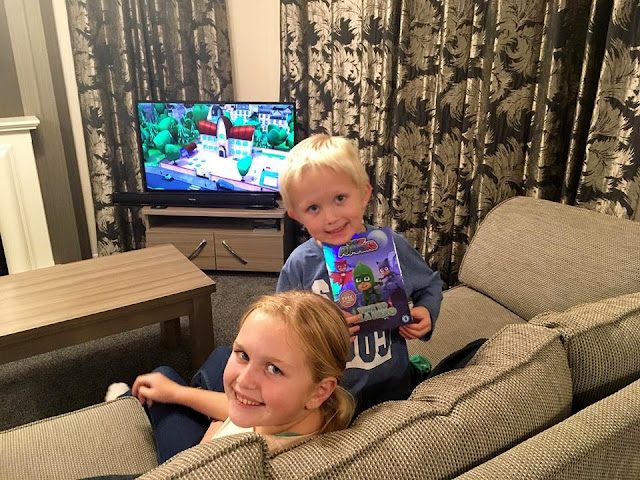 The DVD also came with a lovely set of stickers, which Riley has used to decorate his notebook. There was also an advertising insert which showed some of the great products that are available to purchase, as well as some of the activities that are available on the PJ Masks website www.pjmasks.co.uk/grown-ups. I also found out there is a PJ Masks Time to be a Hero App which looks great fun. 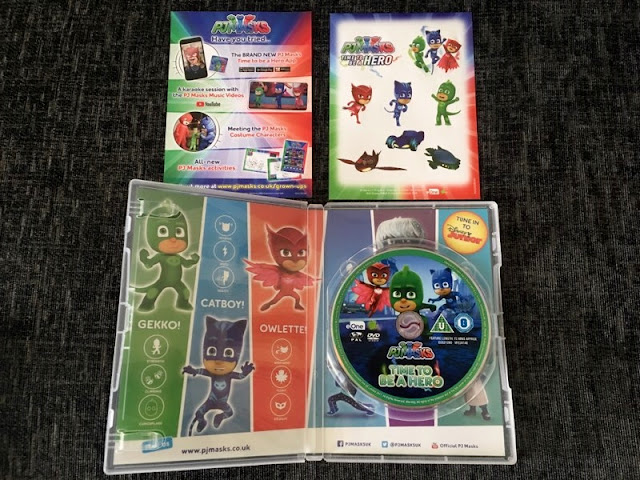 PJ Masks - Time to be a Hero is available to purchase now from retailers including Amazon, and has an RRP of £9.99. It is also available as a digital download so that your little ones can watch it on the go. It has a U rating, so it is suitable for all the family to enjoy. We really enjoyed the DVD and would highly recommend it.

*Disclaimer - We were provided with a complimentary copy of the DVD for review purposes. All photographs and opinions are my own unless otherwise stated.