Get ready for a Fan-Dabi-Dozi time in Manchester this festive season, as John Barrowman and The Krankies lead the cast in this year's must see pantomime Dick Whittington, taking place at the Manchester Opera House, from Saturday 9th December 2017 to Sunday 7th January 2018!

Produced by Qdos Entertainment, the world's biggest pantomime producer, the show will include a spectacular 3D sequence, which will see audiences travel on a very special adventure alongside Dick Whittington and his trusty cat!

Michael Harrison, Managing Director of Qdos Entertainment's pantomimes said "We're absolutely delighted that the ultimate showman, John Barrowman, will be leading the cast of this year's Manchester Opera House pantomime. John is always a favourite with panto audiences, which is no surprise given his immense talent. We're also thrilled that panto-legends The Krankies will be spending another season with John, their timeless comedy is loved by audiences of all ages."

The title role of Dick Whittington, will be played by John Barrowman, who has enjoyed an acclaimed and hugely varied career, including music, presenting and writing with performances on television and film, in the West End and on Broadway. His numerous stage credits include leading roles in Sunset Boulevard, Anything Goes, Phantom of the Opera, Miss Saigon and Company. He was on the TV judging panel of How Do You Solve a Problem Like Maria? and Any Dream Will Do alongside Andrew Lloyd Webber, and also hosted his own primetime Saturday night programme for the BBC, Tonight's the Night. 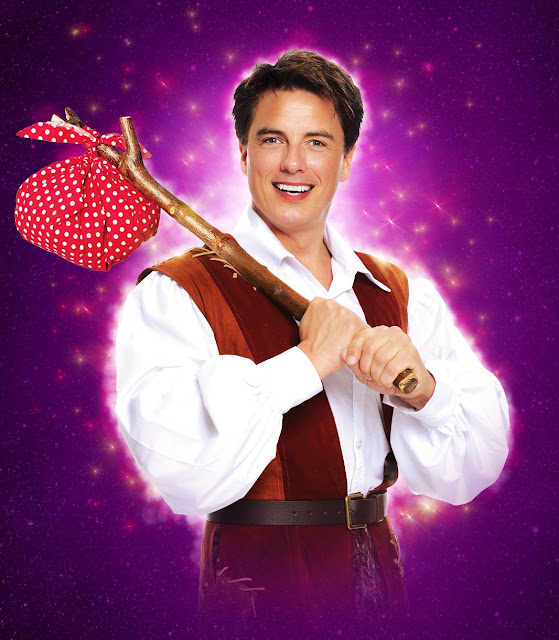 John is perhaps best-known for his iconic role as Captain Jack Harkness in Doctor Who for the BBC, a role that proved so popular he became the leading role in it's spin-off series, Torchwood, which made John a household name. He has also released eleven studio albums and two concert DVD's. John is currently starring as Malcolm Merlyn in the acclaimed US television show Arrow, based on the DC Comic crime-fighter Green Arrow which is now in its sixth series.

John Barrowman said "I am so looking forward to coming to Manchester. We've pretty much hit all corners of the UK with this show and the one thing that I think is great about it, is that it's a great family show. We have a great time, that's the reason I come back every year to do panto with QDOS. It's one of the best introductions to live theatre for children, and one of the things we have to keep doing is the tradition of live theatre. We're going to bring the magic of the Barrowman-Krankie panto to Manchester. I have lots of friends in Manchester too, I can't wait."

Joining John are the legendary double act The Krankies playing Councillor and Jimmy Krankie. Having entertained audiences with their slapstick for over 50 years, Dick Whittington will mark the couple's seventh pantomime season playing alongside John Barrowman. Ian & Janette Tough, who last year celebrated their 48th wedding anniversary, have been stalwarts on the cabaret circuit and on television since the 1970's, enjoying a varied career including sold-out residencies at major theatres across the UK, appearances at the Royal Variety Performance and their own television programmes The Krankies Klub and The Krankies Elektronik Komic and released two singles, Fan Dabi-Dozi, based on their much-loved catchphrase and Wee Jimmy Krankie. 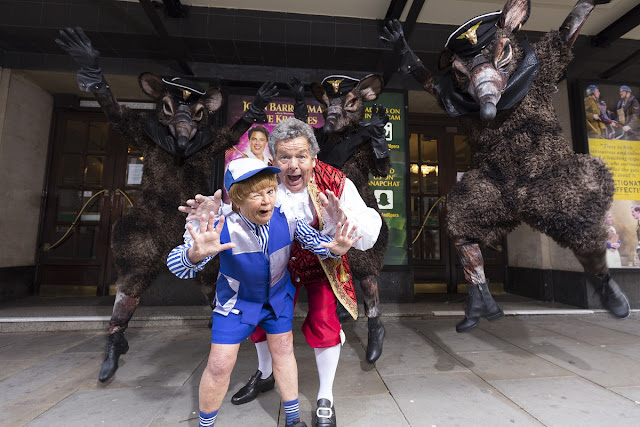 Sarah Bleasdale, General Manager of the Palace Theatre and Opera House said "It is with great pleasure that we welcome back to Manchester, the world's biggest Panto Producer Qdos Entertainment after 10 years and what a show they are returning with. Bringing some of the biggest names in showbusiness and comedy, John Barrowman and The Krankies, in one of the most traditional of Panto titles. We are all really excited and I know that Manchester audiences are in for an absolute treat, it's sure to be an unforgettable show for all the family this festive period."

We also have a fantastic competition for our readers, to give you the chance to win a family ticket to see Dick Whittington at the Manchester Opera House on Tuesday 12th December at 7pm. If you would like to enter then please read the terms and conditions & submit your entry using the gleam form below. Good Luck!


Disclaimer: This post contains an affiliate link.
Posted by It's A Family Adventure at 14:53