I used to love watching Sooty as a child and I'm not ashamed to admit that I still do. It is one children's programme in particular that I love watching with Riley, especially when he starts laughing uncontrollably at Sooty & Sweeps antics. Therefore, when we were in the Somerset area recently we paid a visit to Brean Theme Park which is where the most recent episodes of Sooty are filmed. There is also plenty to do for non-Sooty fans too with a great selection of fairground rides for all ages. There were numerous rides suitable for Riley who is 4, but also larger rides to keep my two other thrill seekers entertained including a loop de loop! 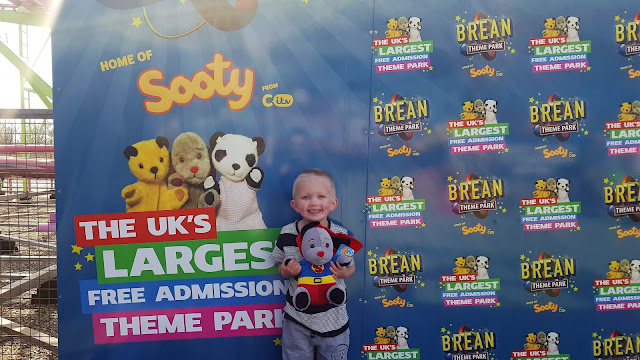 Brean Theme Park is advertised as the UK's Largest Free Admission Theme Park and is located on the Coast Road at Brean Sands, Somerset. When we arrived we made our way to the ticket kiosk expecting to have to pay for all of us, however we were pleased to find that admission is actually free and you only pay if you are wanting to use the rides. This can be done on an individual ride by ride basis by purchasing tokens, or you can purchase a wristband that allows you unlimited rides on the attractions. I thought that this was a really good idea as we were visiting for the children and I had no plans to go on the rides, it was just a day out for them. We also had my parents with us who are 66 and 68 and they too had no desire to go on the rides, so we thought it was great that we didn't have to pay just to supervise our children and watch them enjoy themselves like you do at many other attractions.

Once we had purchased wristbands for the children, Riley chose his first ride which was a motorized horse ride that rode around a track. He absolutely loved this, it was a very simple ride but it was perfect and he smiled all the way round, waving intermittently when he dared to take one of his hands off the bar. 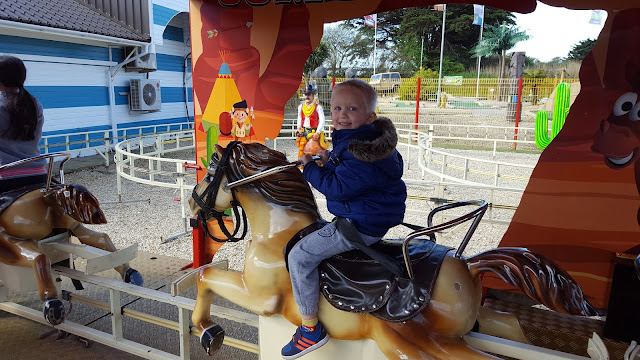 No sooner had he got off this ride, we bumped into a giant Sooty mascot. Riley ran straight up to him and gave him a huge hug. We took some photos and again there was no charge for this and they were happy for us to take our own pictures.

Whilst Riley stood with a beaming smile and kept waving at Sooty, my other two children Emma and Ben went off to enjoy some of the rides. First up was the giant swing ride, which was quickly followed by the X-Factory and the Dodgems. We had arrived shortly after opening time, so it was very quiet and no queues. This meant that the children were able to go on the dodgems over and over again much to their delight.

The log flume soon caught there attention though and despite it not actually being warm during our visit, they had no hesitation in getting soaking wet as they splashed into the water. Again there was no queue so it was great to see them being able to enjoy themselves without any wait. The staff on the rides were friendly and helpful, as well as making sure they checked wristbands and height when necessary. 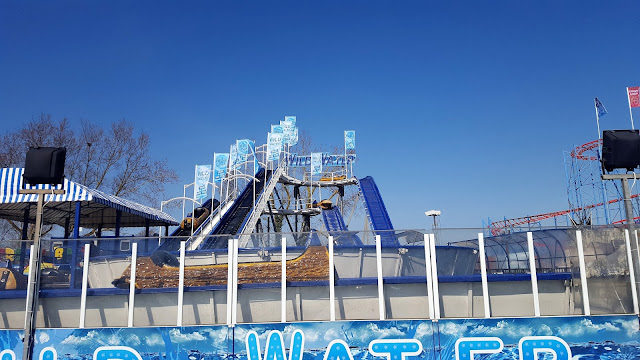 The highlight of the day was The Sooty Show which is on daily at 2pm. This was absolutely fantastic and we laughed so much. It was just like being in one of the shows that you see on television and we were all in hysterics, especially when Sooty got out the water pistol and soaked all the crowd! With the park being admission free, you could technically visit for the show alone and the Sooty museum free of charge, both of which I highly recommend for a good giggle. 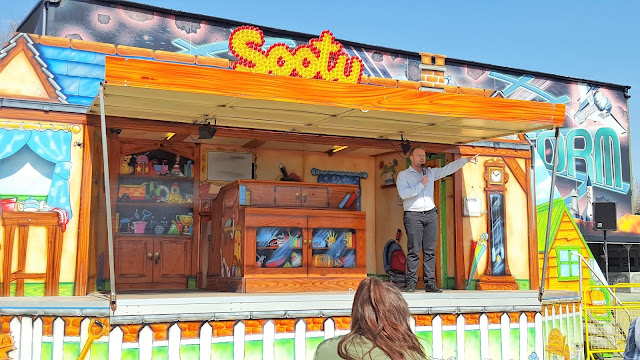 There was plenty of seating in the form of picnic benches, which also meant that we were able to enjoy a drink and a snack whilst waiting for the show to start. You had a good view from wherever you sat, but the host did also invite all the children down to sit in front of the stage to make sure everyone could see and enjoy the entertainment. 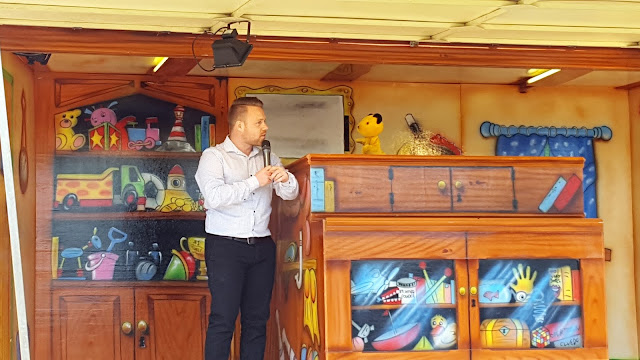 After the show we had a good look around Sooty's TV Studio which featured sets and props that had featured in the show in last 65 years. We also enjoyed looking at the photographs of all the celebrities that have featured in episodes over the years. There was also a small shop where you could purchase Sooty Memorabilia as well. We felt that the toys here were reasonably priced and we bought Riley a Super Sweep plush toy for £12. 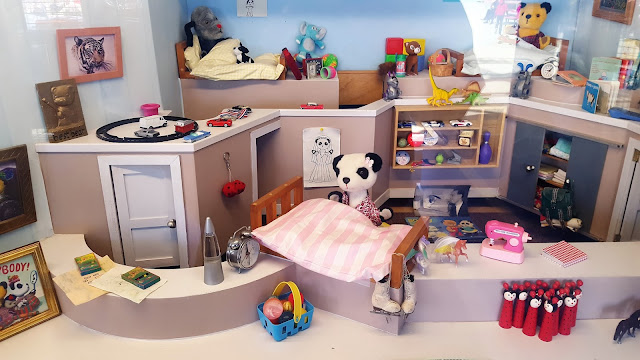 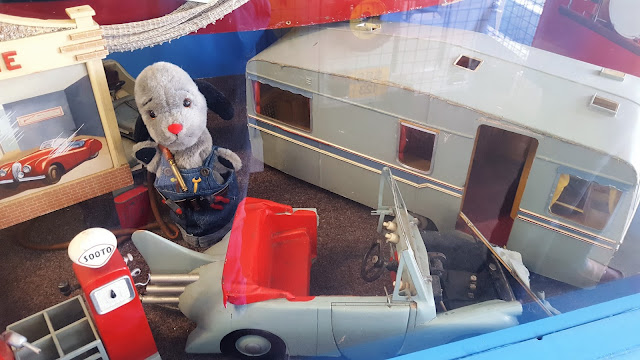 After the excitement of The Sooty  Show, it was time for some more rides. Riley wanted to go on a smaller version of the log flume that he had watched his siblings go on earlier and I thought it was a great idea that they had miniature versions of the bigger rides for toddlers. 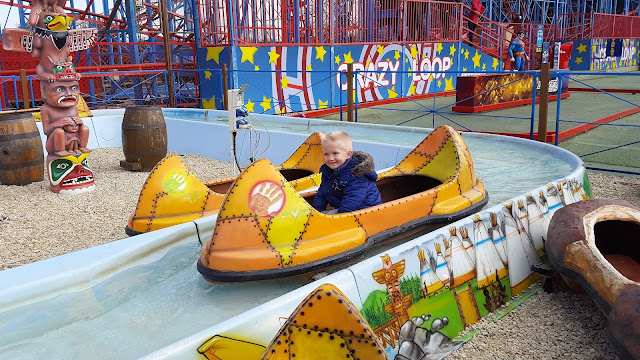 Riley's favourite ride was Fantasia and he picked a different vehicle to ride in each time. Again there was no queue so he went on this about 8 times, certainly getting our value for money from the £15 wristband we had purchased for him. 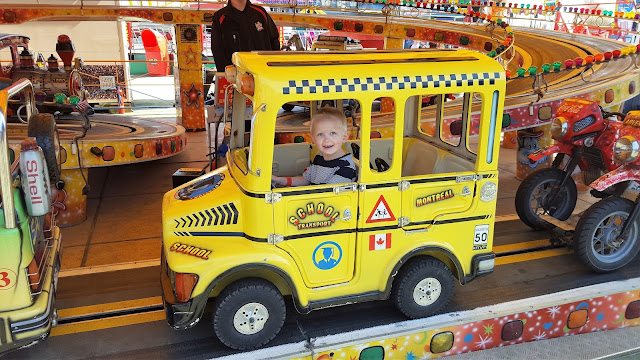 Riley also really enjoyed the Farm Train and the Looney Tunes ride which were ideal for his age group. All the rides were quite close together, so it also meant that all the children could go on different rides if they wanted to, yet we would still be able to see where they all were and supervise them at all times. 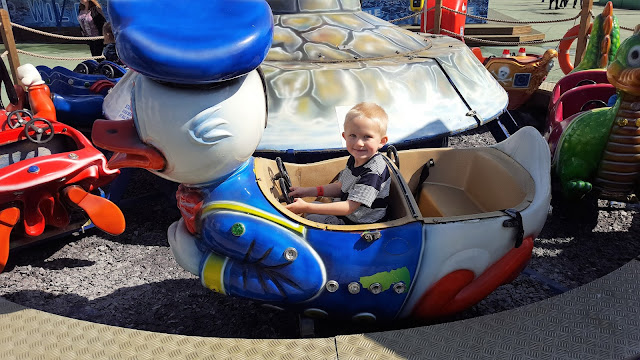 Astro Tours was popular with my daughter Emma who really enjoyed this, Ben on the other was a little scared as it was too dark for him and he likes to see where he is going and what is happening so he chose not to ride on this again, instead opting to spend most of his time on the Dodgems or the Magic Mouse. It was great that they had so much choice. 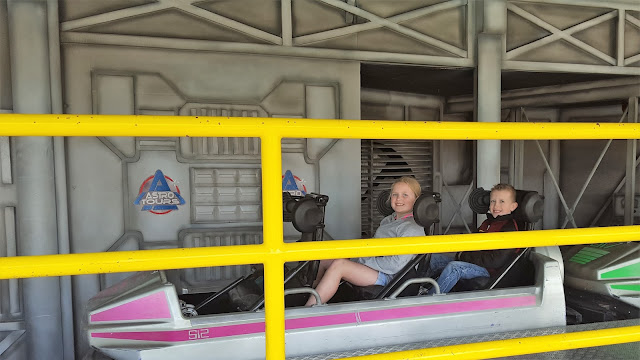 Before we left, Emma wanted to go on her first loop de loop. She has thought about it a few times previously when we have visited other theme parks, but she decided that this would be an ideal first one due to the loop being quite small. She looked slightly nervous as she boarded the ride, but she absolutely loved it and went straight back on several more times before we left. 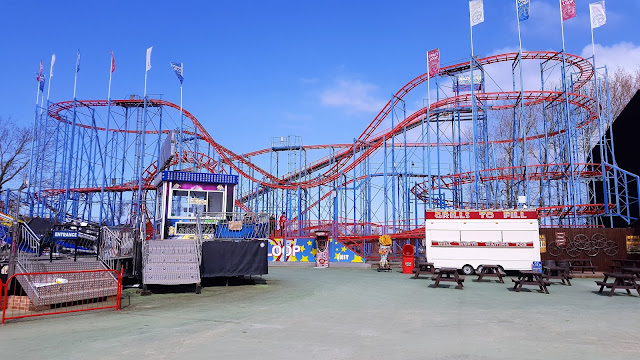 Overall we had a great day out at Brean Theme Park and to see the Sooty Show and all the memorabilia was fantastic. We paid for 3 wristbands with Emma and Ben opting for a Mega Wristband at £25 each and Riley had a Sooty's Tots Wristband for £15. I felt that the total cost of £65 was fantastic as they were able to go on the rides so many times that we definitely got our moneys worth. I loved the fact that admission is free and that you only pay if you plan to go on the rides. We visited during an off peak period so the park was relatively quiet, but would anticipate there being queues for the rides in the peak summer season. If you are a fan of fairground rides and the fabulous Sooty, then this is a great day out for the family.

Important Information
For the most up to date information, I would recommend visiting the Brean Theme Park Website where you can find all the details you need on opening times, prices, special events and directions. The Website can be found here: Brean Theme Park 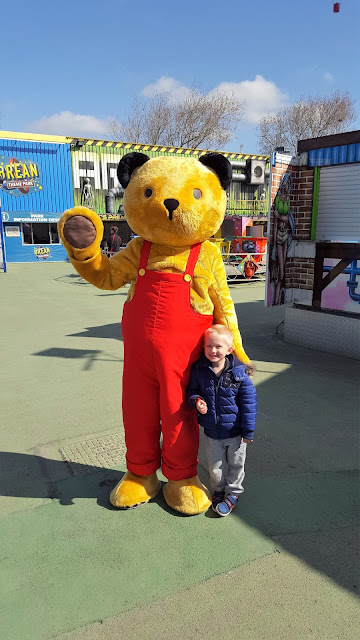 Disclaimer: Information provided was correct at time of writing, however I would always recommend visiting the attractions own website for the most up to date details before visiting. Opinions and photographs are my own unless otherwise stated.
Posted by It's A Family Adventure at 13:24